A case for good governance as a right : The Tribune India

A case for good governance as a right

There is never a dull moment in India. 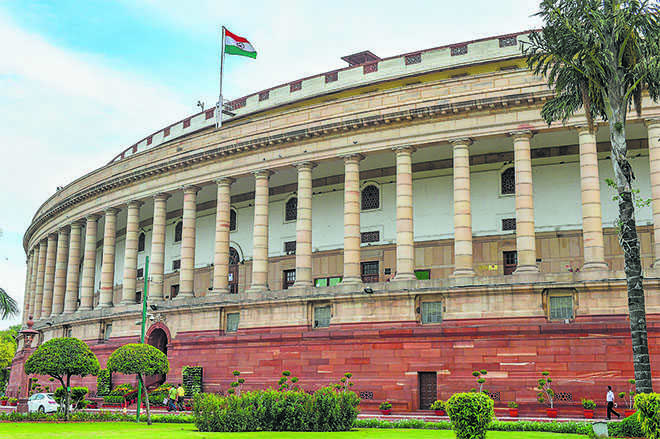 Mockery of law: No Lokpal even four years after legislation.

There is never a dull moment in India. One does not have to go to a movie theatre or sit in front of the idiot box to watch a thriller. When one sees the chaos around, one wonders why nothing can be done about it. Prime Minister Modi had declared, on assuming office in 2014, he would strive for less government and more governance. Effectively, this meant providing good governance, or Ram rajya, according to the idiom of Hindutva.

The Constitution contains all ingredients of good governance: fundamental rights, directive principles of state policy and provision of checks and balances. But when it was framed, the term good governance was not current and, therefore, did not find mention in it. But the Supreme Court has inferred a number of rights, which are not explicitly recognised as such in the Constitution, as fundamental rights. These include the freedom of press, right to information, right to privacy, right to speedy trial and right to clean environment.

Against this background, I had filed a public interest litigation (PIL) in the Supreme Court in 2004, urging that good governance be recognised as a fundamental right, and the higher civil services, which are the instruments for translating this right into reality, be given freedom and autonomy for the purpose. It was pleaded that the protection given by the Constitution to the civil services, which had been grossly eroded, should be restored. The PIL had also suggested a number of steps to make the civil services more sensitive, accountable and answerable. The SC's directions would have made a perceptible difference to governance. However, it dismissed the PIL at the admission stage itself, saying it was unnecessary.

After Prime Minister Modi's announcement as above, I had hoped that the government would take the initiative and propose an amendment of the Constitution to declare good governance as a fundamental right. This would have helped bring about a number of institutional and systemic changes to make a qualitative difference in public life. Even a private member moving a Constitution amendment Bill could have helped the cause. At least the position of the government and of other political parties on the subject would have become clear. But this too has not happened though 14 years have elapsed since the filing of the PIL. Unless public pressure is built, the situation will not change.

Reference must be made to another important debilitating subterfuge which is so often adopted to undercut the rights conferred by law. Such disempowerment was seen when the benami transactions Act was made into a dead letter by the United Progressive Alliance (UPA) government by not formulating rules under the Act for over a decade. The same is being done by the National Development Alliance (NDA) government by undercutting the implementation of the Right to Information (RTI) Act by keeping the posts of information commissioner vacant for months, exempting institutions like the CBI from the purview of the Act and attempting to keep out file noting from disclosure. In several states, the position of the implementation of the RTI Act is pathetic. Now that over a decade has elapsed since the Act came into force, a high-level expert committee must be appointed to examine how the law can be made more effective.

Lokpal yet to come to being

Another example of making a mockery of the legislation is the non-implementation of the Lokpal Act. Though over four years have elapsed since the passage of the law, the Lokpal is yet to come into being for one reason or the other. For a long time, the search committee was not constituted on the specious excuse that there was no leader of opposition in the Lok Sabha after the 2014 elections. The deficiency could have been made good by promulgating an ordinance to replace the words 'leader of opposition' by 'leader of the largest opposition party' in the Lok Sabha.

Clearly, the Modi government is not interested in appointing a Lokpal. One would have to wait for the 2019 Lok Sabha elections for that. By comparison, laws pertaining to the revision of the salaries and allowances of MLAs and MPs are passed without discussion on the very day the bill for the purpose is introduced and they come into effect even before the ink on the enactment gets dry!

Article 32 of the Constitution has been acclaimed for the right conferred on a citizen to approach even the Supreme Court for enforcement of his fundamental rights. But in this wondrous land, decisions of the high courts and the Supreme Court in PILs have not been implemented for years. I had highlighted this shocking state of affairs in my book, The Judiciary and Governance in India (2008). Literally, hundreds of decisions in PILs have remained on paper.

An outstanding example of this is the non-implementation of the directions of the Supreme Court given in 2006 on police reforms. I had suggested that the high courts and the Supreme Court should set up a mechanism for monitoring the implementation of their decisions. Unless this is done, the confidence of the people in getting expeditious redress of their grievances will be eroded. That would be one more proof of disempowerment of the common man.

This litany of woes is unending. Sadly, no political party is prepared to take notice, even with the impending General Election next year.