A nation’s health is its wealth : The Tribune India

A nation’s health is its wealth

INDIA may be on a high growth path, a beacon among the slow growing economies of the world, but its health sector is in trouble and this has been pointed out by many, including this year’s Nobel Laureate for economics, Angus Deaton, who has worked extensively on India, especially in the measurement of poverty and health indicators. 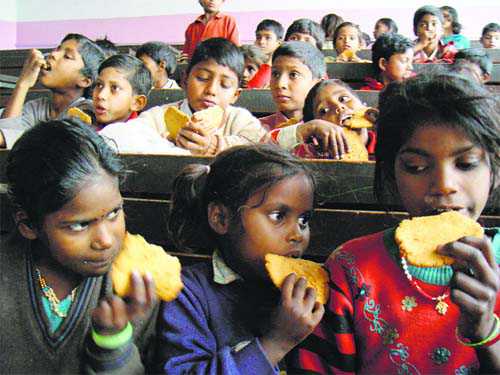 INDIA may be on a high growth path, a beacon among the slow growing economies of the world, but its health sector is in trouble and this has been pointed out by many, including this year’s Nobel Laureate for economics, Angus Deaton, who has worked extensively on India, especially in the measurement of poverty and health indicators.

Poverty reduction and how to increase the welfare of the people has interested him for a long time. According to him, aggregate data, like from the national statistics organisations of India, often mislead policy makers, and so he has relied on National Sample surveys of individual household behaviour and incorporated the differences in the consumption pattern of people for his analysis. He has worked much in the rural areas along with noted economist Jean Dreze.

People tend to forget that India has 70 per cent of people living in 6 lakh villages and that Rural India has not always been the beneficiary of globalisation and high growth that the countr has been experiencing in the last few years. One cause for alarm is that in villages, the nutritional standards are still very poor. Deaton found out that when there is a rise in the income of the poor, there is an increase in the caloric intake, but the effect diminishes at higher incomes. For the last 25 years, the caloric intake has been decreasing in India which could be due to better health care or lower levels of physical activity. But health care has not improved, so how do we explain the lower caloric intake that leads to malnutrition?

Nutrition of children in India is among the worst in the world and India has the highest percentage of malnourished children (47 per cent) under the age of five. Malnutrition has much to do with gender relations and how women are eating less and last even when pregnant and giving birth to underweight children.

Proper guidance about nutrition and caloric intake is needed in the villages, especially through anganwadi workers. But all will depend on the states’ emphasis on such matters and the quality of workers in such institutions.

According to Deaton, child malnutrition can also be attributable to the absence of sanitation and lack of clean drinking water and low level of female education. In his book, The Great Escape: Health Wealth and the Origin of Inequality, he talks of net nutrition which is more important than food intake because often due to lack of sanitation and clean water, children have diarrhoea, fevers and infections which can lead to loss of nutrition and even death. Thus unhygienic disposal of human waste, lack of protein and micronutrients like iron can lead to malnutrition.

India needs a focused, Centrally sponsored, stronger public policy on health and child nutrition and a public campaign about what is important. But since health is a state subject, it is up to the states to improve health care. In some states with poor health care, when faced with serious diseases, families recede into poverty because they have to go to cities for private treatment which is extremely costly and leads to indebtedness.

Recently, the Director-General of WHO has criticised India for treating the health sector as a “black hole of expenditures”. The NDA government has cut the budgetary allocation for health care from Rs 37,333 crore in 2014 to Rs 33,152 crore for 2016 during its expenditure cutting exercise for fiscal deficit reduction.

An increased devolution of divisible pool of taxes under the 14th Finance Commission has been granted by the Centre to the state which is supposed to give states an incentive to improve their health sector and increase the expenditure on health. But this amounts to placing a huge responsibility on the states because health of the Indian population of 1.3 billion is of utmost importance and the Central government spends only a low 1.23 per cent of the GDP on health.

Not having a focused national health policy and leaving it to the states to take care of this serious issue is not going to improve India’s health profile or indicators. This is already evident in the growing number of diseases that make seasonal rounds in all cities and towns. India has also missed meeting the UN Millennium Development Goals targets for infant mortality, under five mortality and maternal mortality.

Also important are efficient solid waste disposal, sanitation and building of toilets in villages. Both will encounter formidable problems ahead because of lack of water and sewerage and it stands in the way of India becoming a developed middle- income country. Toilets have been built but they are unusable and dysfunctional. India also has 13 of the top 20 most-polluted cities in the world and its ranking, according to the world’s health system, is 113 out of 190 countries.

Making available clean water in villages, towns and cities is also a monumental task as rivers are polluted from the dumping of sewage in them. In all developed countries, water can be drunk from the tap but not in India. This clean-up operation is important and cannot be postponed because on these depend the country’s health and most importantly, the health of the future generation — children.

Neglecting health care is one of the serious gaps in the NDA government, as pointed out in the recent issue of Lancet, a famed medical journal. Without good health, the benefits of growth will remain unutilised by the population and ultimately arrest growth. As Deaton said in his book — economic growth does not significantly contribute to better health and therefore institutions are of utmost importance.