A soft State versus hard

In a recent speech, India’s National Security Adviser stressed the importance of India becoming a hard State rather than remaining a soft State whose weakness could be exploited by adversaries without and enemies within. 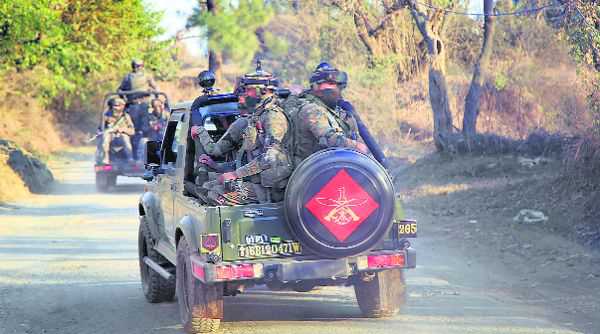 In a recent speech, India’s National Security Adviser stressed the importance of India becoming a hard State rather than remaining a soft State whose weakness could be exploited by adversaries without and enemies within. The Indian State is soft, not because it lacks instruments of power, but because it is not yet effective and well-governed. The frequent recourse to coercive instruments of State is a sign of weak governance. In a State which upholds the rule of law and enjoys both popular legitimacy and credibility, citizens can seek redress of their grievances through political and legal processes. It is when such channels are blocked and subverted that economic and social grievances accumulate and erupt into violent confrontation with the State. This is the genesis of Left wing extremism (LWE) in our country.

While the State may use its coercive power and security forces to contain such violence and defeat anti-State elements, the threat will persist unless the State addresses underlying grievances. Treating LWE as only a law and order issue is an abdication of political responsibility. The armed forces of the State may help create phases of relative peace, but unless these are used to deal with the causes of deep discontent in sections of the population that have been relentlessly exploited, and even brutalised, violent extremism may revive in even more virulent form, requiring a new round of  more intense State-led suppression. The country then gets locked into an escalating cycle of violence, the State becomes increasingly militarised and the ‘enemies within’ multiply. The recurring use of coercive instruments of State is no longer a sign of authority but of weak governance — the chief characteristic of a soft State. We have seen this happen in Kashmir where the situation continues to deteriorate even as more robust security measures are deployed. A State must earn the loyalty of its citizens; it cannot compel it.

Another feature of the soft State is the selective use or absence of the use of coercive instruments and power of the State. It will enjoy credibility among its citizens only when it refrains from discriminating among citizens when enforcing the rule of law. If it is partisan in law enforcement, creating categories of ‘we’ versus ‘they’ among equal citizens, it will become weak, even if it has powerful instruments and agents of coercion in its security forces. Its discriminatory behaviour creates potential ‘enemies within’. This translates into the very vulnerabilities which external adversaries may then exploit.

In a democratic polity like India, the State acts on behalf of the people and in accordance with the rule of law. This was rightly emphasised by the NSA in his remarks. But it is not only citizens who are subject to the rule of law, but also the State. If the State privileges itself over its citizens, if it considers citizens accountable to the State rather than itself being accountable to its citizens, we end up with an insecure State, for which every citizen may be a potential enemy within, conspiring with enemies without. In such a State the security imperative trumps the rights of citizens. A State fearful of its own citizens and armed with the most powerful instruments of coercion is, in fact, a weak State. It may also become a State dangerous to its own citizens.

Most of India’s security challenges arise from poor and weak governance. One aspect of this may be seen in the opportunities for large illegal profits in the arbitrage economy we have created through the widespread and persistent use of subsidies and administered prices. Weak governance and lack of capacity means ineffective implementation and enforcement of such measures. Corruption then becomes endemic and  the source of illegal flow of funds into politics. Corruption is the major security threat in any country because it risks compromising the law and order machinery and even the judicial system. A corrupt State is a soft State because it can be subverted relatively easily. The adoption of strong laws and the strengthening of the machinery of State only multiplies the opportunities for corruption rather than enhancing national security.

It is well known that despite being heavily militarised and comprehensively fenced with layers of barbed wire, the India-Pakistan border is regularly breached by drug smugglers and dealers in contraband through the connivance of some elements of our border guarding forces, but also the involvement of influential political interests in the border states. It should come as no surprise that these smuggling channels also create opportunities for cross-border terrorist activities. While we must condemn Pakistan for indulging in state-sponsored terrorism, we need to acknowledge the governance failures on our side which enable such activities. The willingness to retaliate with military force when such cross-border terrorism takes place is laudable but cannot be regarded as a feature of a hard State if the infirmities on our own side remain unaddressed.

Any State which has the monopoly of coercive power may mutate into a predatory State unless it is constrained by the rule of law and subject to strict accountability through strong and independent institutions. But most importantly, it is the free and politically aware citizen whose constant vigilance is critical to ensuring that the State which governs on his behalf is not only strong, but also accountable. It is by empowering its citizens that a State becomes strong not by enfeebling or dividing them.