There is an inordinate delay in the disposal of cases in the Indian courts. 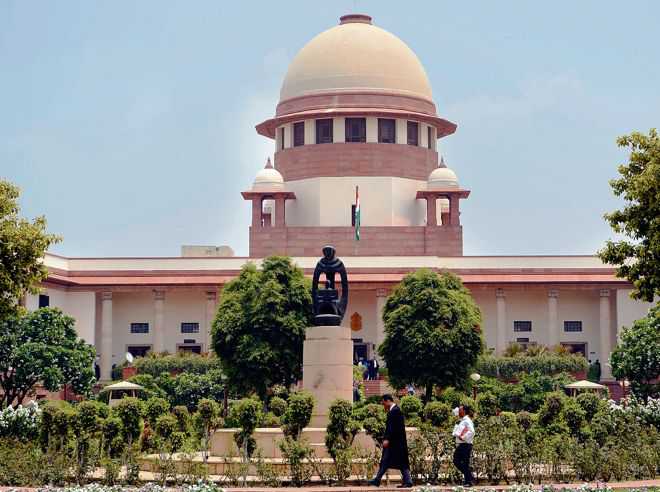 There is an inordinate delay in the disposal of cases in the Indian courts. Cases drag on, often for decades, because of which the people are rapidly losing faith in the judiciary. Judges are often blamed for not deciding cases expeditiously and not working hard. But the public does not know the problems of the judiciary.

The Allahabad High Court had also set a norm that a sessions judge should not have more than 75 sessions trials pending at one time. The Sessions Judge, Bulandshahr, informed me that 1,600 sessions trials were pending before his court.

From these figures, it is evident that there is a staggering load on the Indian judiciary. If a man can carry a weight of 100 pounds and an elephant is placed on his head, what will happen? He will certainly collapse and that has happened to the Indian judiciary. There are about 33 million cases pending in the Indian courts today, and it is estimated that if no fresh case is filed, it will take about 360 years to clear the backlog.

This being the situation, there is no point blaming the judges. Some radical step has to be taken and that can only be done by parliamentary legislation.

It would be useful to study the action taken in the US, which too was facing a similar crisis in the early 20th century; the number of cases pending in courts had risen to an alarming level. The US authorities took radical action by creating a system of alternative dispute resolution (ADR) mechanisms — arbitration, mediation, conciliation etc. Today, barely seven per cent of the cases filed in the US courts are decided by the courts. The remaining are decided by the ADR mechanisms. Every court has attached to it arbitration and mediation centres and often civil and minor criminal disputes are resolved there. In this way, most

of the load on the courts is diverted the ADR way.

In the US Supreme Court, 5,000 or 6,000 petitions are filed every year, but only about 100-150 petitions are admitted while the rest are dismissed even without oral hearing. If four of the nine judges vote to admit a case only then it is admitted for hearing, otherwise it is dismissed without hearing. In the US, the last appellate court is ordinarily regarded as the State Supreme Court. The US Supreme Court only takes up cases of an exceptional kind — cases of national importance or any other serious legal issue where public interest is involved or where some grave injustice has been done. Otherwise, even if the US apex court feels that the State Supreme Court judgment was incorrect, it will never intervene.

A similar approach is now required to be adopted by the Indian Supreme Court.

Article 136 was never meant to be a regular forum of appeal. It was a residuary provision which enabled the Supreme Court to intervene in exceptional cases. Otherwise, ordinarily, the last court should be the HC. However, unfortunately, all kinds of cases are entertained under Article 136, some of which never deserved to be entertained, and there are no settled criteria.

I had, in 2010, referred a matter (Mathai Alias Joby vs George & Anr.) to a larger Bench to fix the criteria as to what kind of Article 136 petitions should be entertained. In the said matter, the Bench suggested the categories of cases which would be fit to be entertained by the Supreme Court under Article 136, viz. cases of national and public importance, challenges to the validity of State and Central Acts, matters concerning infringement of fundamental rights of citizens, matters involving substantial questions of law and interpretation of Constitution and settling differences of opinion on point of law between different high courts.

However, in 2016, the larger Bench consisting of five judges refused to revisit the scope of Article 136, thus failing to restrict its usage, which has effectively made the Supreme Court into a court of regular appeal.

These are all problems which can only be resolved by parliamentary legislation. The Union Government should form a committee chaired by the Chief Justice of India and having as its members senior judges of the Supreme Court and High Courts, the Union Law Minister, the Attorney General, distinguished jurists and even young lawyers to consider what has been mentioned above and introduce legislation in Parliament for this purpose, including a constitutional amendment for amending Article 136.

Apart from this, the ADR mechanisms need to be further entrenched in the minds of the Indian Bar and Bench. The Bar has to dispel misplaced fears of viewing settling of disputes via mediation as a threat to their legal practice and incomes. In the US, most attorneys double up as mediators, thus incentivising them to work as trained mediators. About 50 per cent of the members of the American Bar Association are lawyers who are also mediators, and these lawyers-cum-mediators are usually earning more income than those who are lawyers alone. There is no reason why the same cannot be done in India.

If this is not done, regrettably, the judiciary, which is on the verge of collapse, will actually collapse very soon.