RECENTLY a serving IPS officer, and the IPS Association, indulged in myth-creation about the alleged ‘Battle of Bomdila’. 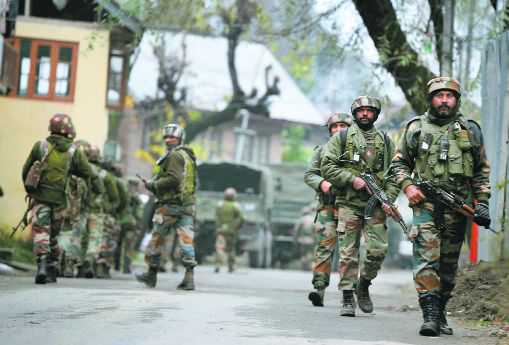 A FORCE FOR THE PEOPLE: The Army’s status is exalted not because of its colonial past but due to it being India’s defender from enemies, internal and external.

RECENTLY a serving IPS officer, and the IPS Association, indulged in myth-creation about the alleged ‘Battle of Bomdila’.

Unsurprisingly, this officer glossed over custodial beatings under the facade of restraint and portrayed the incidents in a subjective manner with uncalled for comments and finger-pointing at the armed forces. With a cradle-to-grave bonding between IPS officers and bureaucrats shining through, there was a need to put forward the other side too, which this article aims to do. Talk of ships anchored together in a sea of contradictions!

Lots of water, mostly murky, has flown under the proverbial bridge since the fateful day of November  2, 2018, at Bomdila in Arunachal Pradesh. Though not every beginning may have an end (like many police investigations), colloquially, every end must have a beginning and that is where I will start: the curious incident at Bomdila. Jawans of Arunachal Scouts had gone to Buddha Mahotsav mela in a supervised manner. The state of their being inebriated is not a given, though even if they had consumed alcohol they could not have been out of control. There were some heated arguments between a jawan and a police official which later took the form of an altercation. The second jawan came to assist his colleague in the ensuing physical struggle.

A narrative has been built around the incident, ostensibly to justify police brutality, that it was a case of drunk soldiers misbehaving with a lady which the police official attempted to stop. The hard truth is that the jawans were picked up by the local police, detained illegally and beaten up brutally. The medical report of the local district hospital clearly mentions ‘multiple contusions and blunt injuries’ on their shoulders, thighs and backs, a fact further corroborated by the military hospital.

Logically speaking, restraining is holding or pinning down a person. I have not come across any restraining which leads to injuries of the kind suffered by the two soldiers. Even if we go by the accounts of local police officials, was the altercation an alleged misdemeanour worthy of an illegal custodial beating? Is it any crime? The viciousness with which these soldiers were beaten smacks of vindictiveness. In fact, this custodial beating of the two soldiers has become such an open secret that bureaucrats and police officials defending the local police’s actions have made attempts to both normalise and internalise this illegal action.

The exalted status of the Indian armed forces has been acknowledged by the makers of modern India, who were cognisant of the unifying nature of the armed forces, representing the entire spectrum of religion, caste, creed and ethnicity. Article 310 puts members of the defence forces ahead (in precedence) of the civil services followed by the all-India services. The Army’s status is exalted not because of its colonial past but due to it being India’s defender from enemies, internal and external. It is really a laughable argument that Army soldiers enjoy immunity from law. On the contrary, the Army functions both under the Army Act as well as the Criminal Procedure Code.

It is the Army’s job to protect the country while remaining within civilian oversight which ensures that the Army does not overstep its constitutionally mandated limits. Concerning allegations of misconduct, they do happen as the Indian Army is a microcosm of our society. The institution, however, is greater than the sum of its parts. This is reflected in how it deals with these cases. The courts of inquiry and courts-martial, part of the public domain, are there for everyone to see. The Chief of Army Staff, in the wake of the Bomdila incident, has already announced that the soldiers, if found guilty, would be punished. Do I hear a similar announcement from the state police or the IPS ‘association’ seeking to reprimand their officials?

Despite a colonial past, the Indian Army is the guardian of Indian democracy. Can the same be said of the police? A service whose basis for existence is the antiquated 1861 Indian Police Act, meant to prevent future 1857-style revolts, has continued to act as a colonial force post Independence too. Despite a Supreme Court directive of 2006 for state polices to reform themselves on the lines of a people’s police, a significant number of police forces have resisted reform.

The police officer, who held those views, being an officer in uniform, understood the importance of standing up for subordinates, a compliment he grudgingly bestowed upon the CO of Arunachal Scouts. It is the ethos of the Indian Army to not leave its men behind, whether on the battlefield or off it. This was reflected in the CO speaking up for his men at the police station. As for serving with BSF and ITBP, the junior officers and soldiers of these paramilitary forces begrudge the fact that their senior officers, parachute-dropped from the IPS, have never stood up for them, a fact I have witnessed firsthand during my interactions with soldiers from these organisations.

Having served in the Rashtriya Rifles, I do understand the synergy that exists between the police and the Army. In the end, it is not just the Army’s responsibility to maintain the decorum of the civil-military relationship but of the other services too.