When everybody blames Rahul Gandhi for the dismal performance of his party and seeks his scalp, there is no real attempt to analyse or understand what went wrong with the Opposition strategy or what went right with the BJP propaganda. 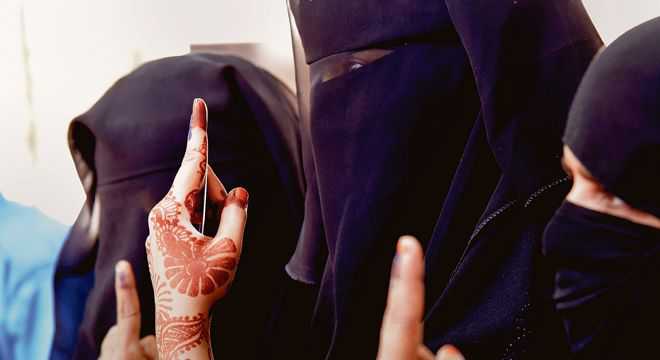 Power game: Minority communalism is the most dangerous political weapon in the hands of a manipulative person from a majority community.

When everybody blames Rahul Gandhi for the dismal performance of his party and seeks his scalp, there is no real attempt to analyse or understand what went wrong with the Opposition strategy or what went right with the BJP propaganda. Interestingly, the Indian commentariat has for long confused analysis with abuse.

This election underscores with a great amount of finality the ineffectiveness of identity politics. The SP, BSP, Congress, TMC and even the Left banked on a sharply divided polity that would vote according to communal and caste divisions and thereby defeat the BJP. Sure, the minorities voted en masse for those parties and candidates who appeared capable of defeating the BJP. The Dalits, and in certain cases Yadavs, too, voted against the BJP, but that was a suicidal strategy for the Opposition. Such a minority consolidation can only work if the minority communities in a given constituency account for over 50% of voters, as in the case of Rahul’s Wayanad in Kerala.

The strangest phenomenon in an Indian constituency is that there is always simmering discontent against the dominant community. Dominance is largely of two varieties: social and numerical. The Mandal and the Bahujan politics has, for decades, attempted to replace social dominance of the upper castes with the numerical dominance of the OBCs and Dalits. This had succeeded all across the Hindi heartland, bringing in a revolution of sorts in terms of their empowerment and representation. After all these decades of social churning, we are now looking at a changed scenario.

If earlier the upper-caste hegemony was replaced with the hegemony of numerically dominant communities, now there is an attempt by a conglomeration of smaller groups to assert themselves. The dominance of the OBCs and their allies among minority communities seems to have introduced new fault lines in the Hindi heartland social order. Why should a Kurmi or Mallah or Sonar vote for Yadav dominance? Why should a Valmiki or Mushahr vote for Jatav rule? Identity politics without the glue of empowerment, representation, jobs, prosperity and a promise of equality and brotherhood has got exposed as just another manipulative tool employed by dynasts and vile opportunists to grab power.

Modi could well be a mere excuse for these marginal communities to express their angst against getting submerged in a sea of numerically dominant communities. It could be sheer coincidence that Modi also belongs to one such numerically marginal, yet technically backward caste. When the sharp edges of identity politics start hurting their pride and stop them from realising their political aspirations, these castes that are neither politically empowered nor represented in decision-making forums are forced to seek alternatives.

These communities for long bunched together as non-Yadav OBCs of UP and Bihar (which account for 120 seats) came together in these elections, in certain cases as a reaction and in certain others as a matter of assertion against the Opposition’s attempt to consolidate the minorities and numerically dominant communities. The attempted consolidation against the BJP worked to its advantage. Sure, this is wisdom in hindsight, but nothing else explains its 50% vote share in UP. For instance, the Jat agitation for quota had turned all other communities against the Jats — dominant in Haryana and western UP — triggering a consolidation of smaller communities determined to keep them out of power. It resulted in a 10/10 sweep for the BJP and a 58% vote share.

Just as the beneficiaries of identity politics have for long celebrated their individual and collective caste and communal victories in terms of number of representatives in legislative bodies, these elections seem to signal a backlash. And the backlash is taking the shape of a communal identity, which is worrisome. When less influential castes and communities feel marginalised without a strong leader or an organisation to represent them, they are left with the only option of creating an amorphous Hindu identity for themselves. This identity, this time around, shockingly did not need a Ram temple, or a religious motif for the masses to get excited; the Balakot airstrike was good enough.

Has minority communalism triggered majority consolidation? It would be difficult to imagine the BJP’s rise in the modern context without the Congress’ regressive stand in the Shah Bano issue and the ban on Salman Rushdie’s Satanic Verses. Minority communalism is the most dangerous political weapon in the hands of a manipulative person from a majority community. Mamata Banerjee believes that her Brahmin surname and minority appeasement are a winning formula. It was so in another time and era in UP for the Congress, but no longer. The result is for all to see: 18 seats and 40% BJP vote share in West Bengal.

Similarly, the Left in Kerala attempted polarisation over the Sabarimala temple issue, with the CPM trying to vilify the Nair community as the ‘other’. The calculation being that the Nairs (traditional Congress voters) when pushed to a corner over the issue would vote for the BJP, while the numerically dominant Ezhavas and the minorities amused by the ‘othering’ of this community would support the Left. The strategy boomeranged, with the Left winning just one out of 20 seats.

Is it time to ring down the curtain on the cynical, manipulative, manufactured identity politics? This election proves that artificial groupings like Muslim-Yadav or Muslim-Yadav-Jatav-Jat or Ezhava-Christian-Muslim formed temporarily by politicians are going to be rejected. Many Yadavs, Jats and Ezhavas voted for the BJP. The minorities of Kerala rejected the Left’s Sabarimala politics, reposing faith in the Congress. Much as Indian elections are tough to predict, our voters cannot be reduced to mathematical equations. Naveen Patnaik has never practised the politics of caste or communal polarisation, nor does he belong to a numerically significant caste group, nor does Odisha have a sizeable Muslim population. Yet, he wins election after election defeating the BJP twice. That ought to be the new normal in Indian politics: victory for transformational politics.