Contemporary power arrangements demonstrate how there is no distinction between the BJP and the RSS. Government institutions and agencies are controlled by the RSS and its own Swayamsevaks are members of the Council of Ministers at the Centre. Mohan Bhagwat is the unchallenged repository of all power. 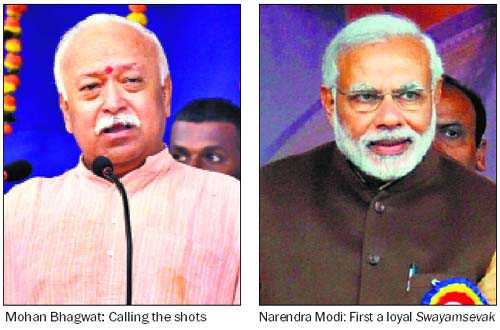