With the petition in the case of Ashwini Kumar Upadhyaya v. 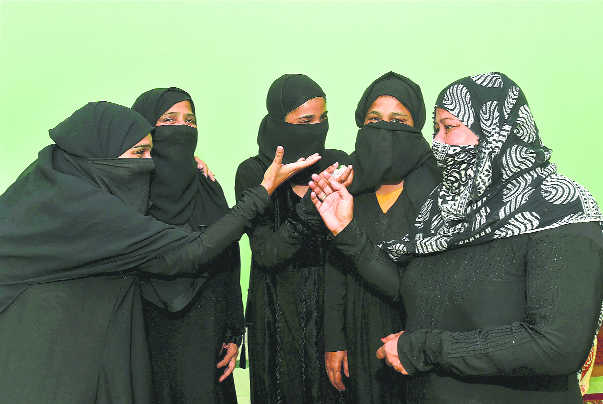 With the petition in the case of Ashwini Kumar Upadhyaya v. UoI before the Supreme Court (SC), it has become clear that court must rule on law rather than meting out remedies. Taking lead from the triple talaq verdict, Ashwini Kumar has approached the SC to declare the practices of polygamy and Nikah halala as discriminatory and therefore unconstitutional. The plea is not a new one; however, the implications are.

Religion under the Constitution is broadly split between what comprises 'belief' and what comprises 'custom'. Whilst the former is protected as a fundamental right of faith and worship under Articles 25 and 26; the latter as personal law has been immune from a fundamental rights challenge because of not being under the purview of Article 13. A reading of Articles 25 and 26 yields the view that the right to faith and worship is subject to other safeguards of public safety and health, and therefore is not absolute. 'Personal Law' on the other hand, is omnipotent.

Courts since 1951 have kept away from personal law reform, arguing in the Narasu Appa Mali case that personal law was not amenable to a writ jurisdiction. The Bombay HC was faced with a writ challenge to the Islamic practice of polygamy as being discriminatory under Articles 14 and 15. The HC held that matters of marriage were covered under the customs as per the Personal Law of the Muslims which was not 'law' as defined under Article 13. Because only 'law' could be struck down in a writ challenge, therefore, the Shariat practice was intact.

Any question of reform was entrusted onto the legislature to enact suitable legislations to codify and reform the personal laws. The partial success (or failure) of the Hindu Code was gradually followed by reforms in the Christian and Parsi personal laws. However, the biggest elephant in the room was ignored — the Muslim personal law; specifically, the glaring disparity between the genders. An attempt by the SC in Mohd Ahmed Khan v. Shah Bano Begum was overturned by a speedy legislation of the Rajiv Gandhi government; and the judicial momentum was lost, until last year.

The triple talaq judgment in Shayara Bano v. UoI was much celebrated across the nation — it gave most a sense of victory. Women were happy to be free of a discriminatory practice, and the government moved closer to its promise of uniform civil rules. The court met out the remedy but frittered away on the legal position. The law remained unabashed, personal law was immune to judicial action. The ruling in the 1951 Bombay HC decision was not undone as the majority opinions of Justices Kurian, Nariman, and Lalit did not revisit Narasu Appa Mali. On the other hand, Justices Khehar and Nazeer made it clear that personal law had the same stature as Fundamental Rights, therefore strengthening the 1951 ruling.

Both these instances reflect personal law reforms in the country; something which keeps coming back to the courts. With the current petition before the SC, the question has been thrown open again. How do we reform the personal law through the judicial route, given that personal law is still not amenable to a Fundamental Right challenge? The splits in the triple talaq judgment point to judicial interpretation. Justices Khehar and Nazeer had used discretionary powers under Article 142 to order an interim injunction, understanding the need for justice beyond writ measures. Justice Kurian on the other hand, interpreted the precepts of the Koran to hold triple talaq as arbitrary against the tenets of Islam, by stating that “what was bad in theology must necessarily be bad in law.”

In the past few decisions, Article 142 had been used to hold an irretrievable breakdown of marriage to afford parties the option to divorce even though the one-year limitation stood under the Hindu Marriage Act 1955. Regardless, using Article 142 was more political than legal, simply because the remedy was given even though the law stood otherwise. However, reforms must come from the law, not from the remedy. On the other hand, interpreting the precepts of religious practice has been mired in political controversy. The five-judge Bench verdict in Shah Bano case was criticised for reading into the religious texts. It was argued that the courts were no authority to interpret religious text, as much as they were no authority on the 'Laws of Motion'. Wary to such outcry, the US Supreme Court in Wisconsin v. Yoder was led to uphold Amish testimonies of their religious practice in a case challenging State policy for compulsory education of children as being opposed to their religious freedom under the First Amendment. The scope for judicial enquiry is, therefore, limited to fact-finding of what the community claims to be bound by. The courts must take the personal law as lex lata (as it is), rather than lex ferenda (as it should be). Yet these approaches do not address the real quandary — are personal laws immune from the rule of law?

In some ways, the answer is a yes. The line of precedents reaffirms time and again that one cannot use a writ to challenge personal law. In fact, the 1951 Bombay HC decision is, perhaps, the most authoritative text even for the SC. It stands resolute. Either it is reaffirmed, or carefully evaded (like in the triple talaq case); but the SC is yet to take up the judgment for re-discussion. This is the most puzzling aspect of our Constitution. Although personal law has the ability to effect civil rights under the Constitutional framework, it is absolutely immune from it. This is akin to allowing a two-way movement on a one-way street.

If personal law has the ability to effect civil rights, then it should be amenable under the rule of law; or like the western democracies, personal law should not have the ability to effect civil rights if it wants to avoid engagements with the law. The Indian model is irksome. We believe in the 'salad-bowl theory' and not the 'melting-pot theory'. Yet, our salad (personal law) can choose to squander off the bowl (rule of law). It is not the case that we must lose the sui generis character of our personal law under a common civil code, but that we must create parity and equability within each personal law. Someone who doesn't want their civil rights to be governed by personal law has the option to adopt a secular legislative route; but for those who want to, the courts should step up to create just outcomes.

Narasu Appa Mali is a bad precedent. Not because it places personal law equal to the fundamental rights, but because it curtails the rule of law in a society where the Constitution is paramount. If the basic structure of our Constitution is the rule of law (as per Kesavananda Bharati v. State of Kerala), then Narasu Appa Mali should have been jettisoned. Religion must have complete freedom in matters of conscience (Articles 25 and 26), but it cannot be allowed to play truant with the civil rights of people within the same faith.

NCB and Wankhede had filed separate affidavits in court agai...