The Dalai Lama, at the age of 84, seems to have been caught in a tight spot. 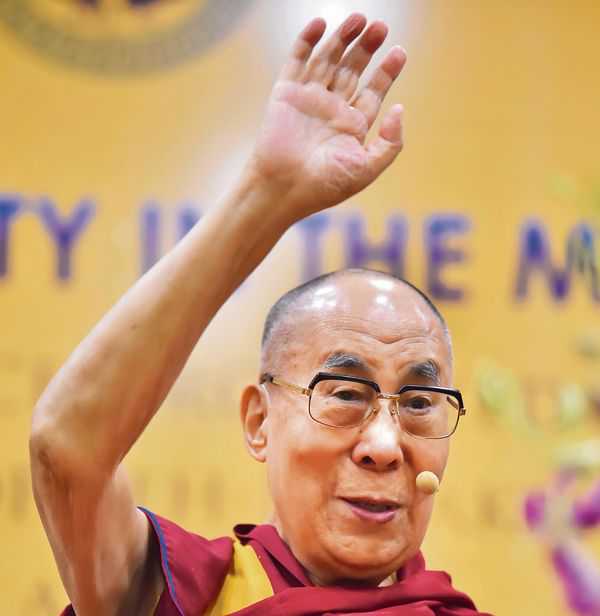 Wishful thinking? The Dalai Lama wants to return home, but China is not responding to his call.

The Dalai Lama, at the age of 84, seems to have been caught in a tight spot. He has expressed his wish to return home, but the Chinese are not responding to his call. The host country, India, seems looking for other options to deal with China to safeguard its national interest.

The Trump administration seems disinterested in the Tibetan issue. But it is also true that the Dalai Lama still has friends in the Congress willing to back him, which means the Dalai Lama has to wait for someone like Mike Pence to win the next election.

But one thing is clear: The Tibetan lobby in the West has a track record of ensnaring India in its murky agenda, often at the cost of India’s national interests.

On his part, the Dalai Lama has been lately giving interviews that indicate his growing anxiety. Recently, he said the Tibetan issue was no longer a struggle for political independence. This was probably meant to please China and simultaneously and indirectly pressure India. To build further pressure on China, he has threatened to decide his next birth and also hinted at taking a rebirth in India this time around.

This has immediate implications for where the future course of India-China relations would move. To be sure, it means prolonging the standoff to another lifespan — a strategic move to justify the point that the Dalai Lama was born to accomplish certain tasks and those tasks have not been completed; a logic that is permanently stuck in obscurity.

Beijing, of course, insists on following the old rule and would do anything to prevent the Dalai Lama from deciding the future of his status, and this will be the most important game that could last for another century.

But having played this game for too long, India seems to have failed to grasp the dynamic interplay between sectarian affiliation and power politics — between the Tibetan plateau and the political landscape in the Indian Himalayas. It is a case of missing the woods for the trees. Clearly, understanding the Tibetan polity in India requires much more than bureaucratic bean-counting.

All in all, even on the Karmapa issue, the policy that New Delhi follows is as per Dharamshala’s interest without adequately appreciating that it might destabilise the Himalayas, particularly Sikkim, where it could take a geopolitical undertone. It also undermines the sentiments of the rest of the Indian Himalayan people whose faith and traditions are rooted in the Kagyu and Nyingma lineages. India's topsy-turvy Tibet policy is going to bounce back eventually, with heavy implications for its defence in the Himalayas — traditionally India's natural frontiers. We saw only a glimpse of it during the Doklam crisis.

Clearly, whatever the government is doing with the Tibetan issue, mindfully or otherwise, without telescopic big-picture thinking, would make many of these look meaningless — it will only end up destabilising the Himalayas and complicating India-China relations further. In any case, the days of India playing any sort of great game in Tibet seem to be over.

It must be underlined that it was the Mongol ruler Gushi Khan who invented the idea of creating the entity of the Dalai Lama and the institution of the Ganden Phodrang authority in 1642 — post-facto, starting from the 5th Dalai Lama.

Subsequently, during the Manchu Qing rulers' regime (1644-1912), the Mongol-Tibetan-Manchu trio formally created a new celestial and devotional order under the unified command of the Tibetan Gelug-pa sect, headed by the Dalai Lama and aided by the Panchen Lama.

The duo Tibetan Lamas served as valued intermediaries and tools for the Qing Empire's expansion from 1720 until 1912, thereby helping the Peking court create a peripheral imperial tributary influence over Mongolia, Buryatia, Manchuria, Yunnan, Northern Burma and the Himalayas. Thus, the Gelug history is largely associated with the history of the Qing Empire's expansion and influence.

The Tibetans admired the Chinese culture, thrived on Chinese money and used Chinese imperial military to subjugate the territories of others, including the kingdoms of the Himalayas. American Orientalist Owen Lattimore has characterised that Tibet's supreme pontiffs politically acted throughout as agents of one or another alien overlord. This was what the tributary or feudatory status of Tibet exactly meant.

The medieval-era Tibetan feudatory Ganden Phodrang regime that long served as a front of the imperial court ultimately failed Tibet and its people. Its supporters, including 100,000 exiles, continue to cause quarrels. Why should the national interests of Tibet, China and India suffer?  Clearly then, India so far either had no independent Tibet policy of its own or it was dependent on Western assessments or had heavily weighed  in the Dalai Lama's thinking. Instead of relying on knowledge rooted in India’s own experiences, especially on the statecraft carefully evolved during the British period, India’s policy objective for the Himalayas and Tibet is subservient to the US policy goals. Time has come to change that.