Dignity for all : The Tribune India

THE Preamble of our Constitution defines the ‘idea of India’ as a secular and democratic republic committed to securing for all its citizens, justice, liberty, equality and fraternity, all aimed at securing the dignity of the individual — “the cornerstone in the edifice of human rights”. 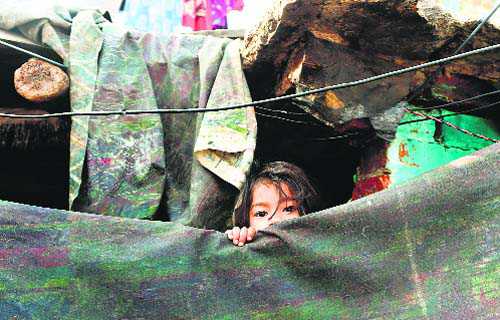 Right to dignity is recognised as the core of our constitutional philosophy.

THE Preamble of our Constitution defines the ‘idea of India’ as a secular and democratic republic committed to securing for all its citizens, justice, liberty, equality and fraternity, all aimed at securing the dignity of the individual — “the cornerstone in the edifice of human rights”. On the occasion of the 69th Independence Day we must ask ourselves whether, as a nation, we have lived up to the constitutional promise of ensuring the  dignity of our people. As we recall our ‘tryst with destiny’ nearly seven decades ago, we need to ask ourselves whether our democracy and governance have been such as will advance the core constitutional objective.

The contours of the constitutional right to dignity have been defined and repeatedly affirmed by the Supreme Court as a non-negotiable constitutional imperative. In one of his earlier judgments on the subject Justice PN Bhagwati, speaking for the court declared in Francis Mullin Vs. Administer, UT & Ors. (1981) thus: “…that the right to life includes the right to live with human dignity and all that goes along with it, namely, the bare necessities of life such as adequate nutrition, clothing and shelter and facilities for reading, writing and expressing oneself in diverse forms freely moving about and mixing and commingling with fellow human beings…Every act which offends against or impairs human dignity would constitute deprivation pro tanto of this right to live…” Elaborating upon the embrace of the dignity principle in a case of custodial torture, the court declared that: “The reverence of life is insegregabily associated with the dignity of human being…The majesty of law protects the dignity of citizens in a society governed by law… It should not be forgotten that when dignity is lost, the breadth of life goes into oblivion…” (Mehmood Nayyar Azam Vs. State of Chhattisgarh & Ors. (2012). The right to dignity includes the right to privacy (Suresh Kumar Koushal Vs. Naz Foundation (2014) and Ratan N. Tata Vs. UOI (2015)) and the right to reputation (Vishwanath Agrawal Vs. Sarla Aggarwal (2012)) which is seen as “…not only the salt of life, but also the purest treasure and the most precious perfume of life…” In Deepak Bajaj Vs. State of Maharashtra (2008), Justice Katju invoked the sermon of Lord Krishna to Arjun that “…for a self-respecting man death is preferable to dishonor…” Honour and dignity have been treated throughout our history as integral to our humanity.

Thus, with dignity of the individual recognised as the core of our constitutional philosophy, the raison d’etre of the Indian State and a defining feature of the ‘idea of India’, can we, in fairness, claim that the fulfilment of the dignitarian goal of the Constitution is in sight? Evidently, any objective analysis of the nation’s progress report in this regard must necessarily yield a mixed result. Without doubt, levels of extreme poverty which deprive the individual of his dignity have been brought down over the years and the largest-ever financial outlays by UPA I and II for the empowerment of the marginalised have helped to blunt the “sharp edges of poverty”. That affirmative action programmes initiated by successive governments in the past and high levels of economic growth since the 1990s (with brief interruptions) have together contributed to a perceptible rise in the living standards of our people ought to be acknowledged.

Yet, pervasive poverty in our country remains the principal foe of individual dignity inasmuch as it limits our autonomy and fetters the exercise of free will. The connection between the dignity of man and social conditions has been eloquently expressed: “…Give him food and shelter/when you have covered his nakedness, dignity will follow by itself...” (Friedrich Schiller’s epigrams: Wurde des Menschen (1798). For Mahatma Gandhi, Jawaharlal Nehru and other founding fathers, overcoming poverty was not a matter of charity. It was about ensuring dignity of the individual. Despite economic growth, can we deny that rising income inequalities, a widening social hiatus between the privileged and the have-nots, continuing gender biases, caste based discrimination, exploitation of children, callous disregard of old and the  infirm, violence against women and rampant drug addiction amongst the youth have diminished the dignity of our people? Can we question the fact that tribals, suffering an onslaught on their way of life and identify, feel alienated in their own country, as in the case of minorities? Daily demonstrations of abuse of power, infraction of privacy, recurrence of instances of custodial torture and the unequal and oppressive application of laws against those vulnerable continue to diminish our self-worth. Can we deny that reckless allegations against individuals through endless media trials have been allowed to tar hard-earned reputations, thereby robbing the innocent of their dignity without an efficacious remedy? Environmental degradation, with its adverse consequences on the health and quality of life of the individual result, as in the case of poverty, in an inevitable negation of the individual self-esteem. All these aberrations, and more, have in practice, combined to negate the ‘centrality of dignity’ in our constitutional scheme.

Indeed, the quality of any democracy in action is to be tested upon the “expression (it gives) to the values of human dignity and equality” (Larry Cata’ Backer, Over Constitutions: International and Religious Transnational Constitutionalism in the 21st Century (27 Miss C. L. Rev. 11, 57 (2008)). Our politics  and governance, I submit,  have not measured up to the hopes and aspirations  of  a free people who had expected freedom to result in greater happiness, in larger freedom for the largest number. India of Bapu’s dreams for whom ‘satyagrah’ was a symbol of truth, human courage and dignity can be realised only when people assert their collective will and the apparatuses of the State are galvanised to ensure that the dignitarian principle of the Constitution is vindicated.

Critical challenges faced by the nation require the summoning of national will through a robust democratic process in which the “consent of the governed” is obtained through “...a fullest and freest comparison of opposite opinions” in the “market place of ideas” (John Stuart Mill). Political parties will need to revisit the rules of engagement and move away from the politics of perennial conflict to a healthy contestation of ideas so that public discourse on national issues is anchored in reason, not prejudice and expediency. Clearly, the nation cannot move ahead to attain its constitutional goals without a negotiated political consensus on critical issues in an atmosphere conducive to constructive engagement between the Opposition and the government, the responsibility for which must, in the first instance, rest with the ruling establishment. Also, an indifferent citizenry cannot escape its share of responsibility should the project of national renewal built around the dignity of individual and finer traditions of democratic governance be allowed to flounder.

Broadly translated, it conveys the idea that when man becomes aware of his self-esteem, even a slave acquires regal grace.

— The writer is a member of the Rajya Sabha.