India has declared at the highest level that it will follow the sustainable development agenda in the forthcoming G-20 meeting at the historic and beautiful town of Antalya (Turkey). 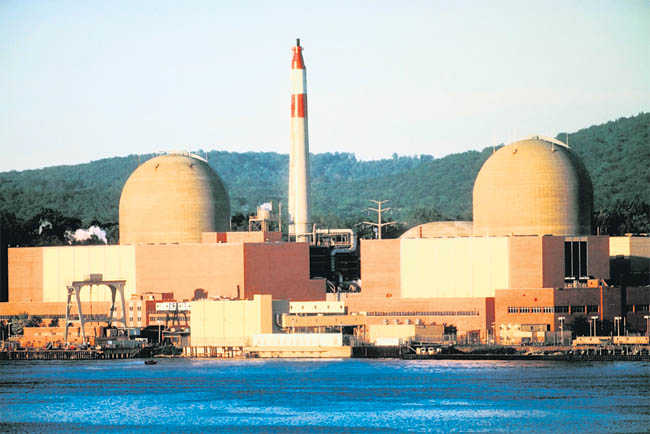 India has declared at the highest level that it will follow the sustainable development agenda in the forthcoming G-20 meeting at the historic and beautiful town of Antalya (Turkey). Given the slow growth phase in the world since 2012, three objectives are important: stability for reform, improving global and national architecture for the deepening of financial markets for inclusive growth and the links of these two with trade policy.

The G-20 leaders have decided to have a separate Ministerial for the energy sector because the relatively easy position makes 'energy for all' a serious proposition. India is a chronically POL (petroleum, oil & lubricants) short economy.  Its recent closeness with Israel has placed some strain on its traditional petroleum supplies. Iran has also reportedly decided to go slow on its oil supply commitments after India's vote against it in the IAEA. India has at the highest levels recently made overtures to Saudi Arabia and the UAE. The global energy position is comfortable at present but India has enduring concerns here and will take active interest in the G-20 initiatives as a part of its long-term self-interest. It will also have to pursue the completion of the nuclear fuel cycle as a long-term goal. At the G20 India will carry forward the main thrust on developing its decadal old stance on nuclear power.

The argument that the policy systems of the eighties in India were designed to establish a cosy relationship between the capitalists and the establishment was factually incorrect. South Korea was one of the earlier countries to have recognised this and this writer's description of this episode sponsored at the highest level in both countries and encouraged by Korean policymaker Hak Chung Suh, Secretary of their powerful state planning agency, became a part of the literature on strategic policymaking and reform. The fact that it was broad-based and had a paradigm behind it, as shown by Lance Taylor and Robert Wade in1992, was to power India's stance at institutions like the G20. India's proactive stance in CEPA (Comprehensive Economic Partnership Agreement) was built on trade, investment and freer flows of resources as also technological cooperation, but now it has to have a new strategic vision for example on the mega trans Pacific pact.

When it is energy, water and sustainable development, it shows with its technical work and experience, the need to think dynamically since growth produces quantum breaks and is not more of the same. India at the G20 must constantly reinvent the art of following its own interests and championing the future growth lobby of the poor as two sides of the same coin.

As India entered the G8 meetings after the 'perfect storm', its concerns were to stabilise its growth process and Doha was a part of that concern. India was in 2009-10 one of the two global economies growing at 7 per cent plus and at an 8 per cent rate in 2010-11. Its growth has moderated since but it is still one of the fastest growing economies. Given the global economy, it knows that the process is fragile. India's strategic perspective was on measured and flexible responses to global shocks and a substantial emphasis on factor productivity and investment in infrastructure, in getting on to a high rate. Strategic perspectives since earlier reform had been emphasised. It is not accidental that India's Finance Minister says that attempts at coordinating current account deficits are important and competitive devaluations must be avoided. Governor Raghuram Rajan has again raised this as an objective.

The present agricultural growth rate of a little over 3 per cent is incapable of sustaining India's high economy level growth. The spurt in food demand which should be expected at its income levels, now above $3,000 per capita on the PPP terms, the limited success of its water management programmes, hostility by globally networked NGOs to newer seeds and pesticides and the shortage of land now staring the country in its face have all made the problem more urgent and the country is facing food inflation. India increasingly demands both grain and non-grain food and agriculture. Its agricultural demands are growing faster than any measured high agricultural growth rate anywhere over a period of time.

It is a big importer of pulses and edible oils. While most countries are being mildly protectionist in the stimulus period to protect domestic jobs and output, India slashed tariffs and subsidised agricultural imports. It is clearly in its interest that the rich countries and others from whom it imports do not follow distortionary policies. Economists interested in agriculture have argued for mild tariffs on agricultural imports to protect agricultural incomes and for incentives for domestic production but the government's concerns on food inflation in the country's roaring economy do not permit such nuanced policies.

On agriculture it can be expected to pitch for reform of the global system. The emphasis on energy and food security at the BRICS meeting is not just verbiage. As this author showed at length in the CIGI L20 volume these are going to be India's concerns on the high table.

Permanent interests don't change radically and India will push the stand it has developed since Cancun, Doha and more recently. It will increasingly agree to place non-tariff interventions in the negotiation basket, like limits on the interventions of its large parastatals in domestic agricultural markets, as it was willing to do at the Special Committee on Agriculture even earlier. However, it will probably not give up the stance that public support to infrastructure development, including markets, communication and agro-processing investments, and for development of agricultural technology, should not be counted for AMS. India is going through a renaissance of newer forms of organisation for its agriculture, agro processing and rural infrastructure like self help groups, producer companies of farmers and cooperatives. Many develop strategic alliances with corporate and public agencies. The newer strategies its agricultural policymakers have developed here are largely in the public-private partnership mould, but these would require hand-holding by the State. Global negotiations will have to support these initiatives seen important for widespread agricultural and rural development. This would be the 'livelihood concern'. India can be expected to mesh its growth and development concerns with enlightened rules of regional cooperation in Asia and with Asia elsewhere.

— The writer, a noted economist, is a former Vice-Chancellor of JNU