Hindus too a minority in some states

The BJP believes in 'justice for all, appeasement of none' and, therefore, opposes minority rights. The BJP believes in 'justice for all, appeasement of none' and, therefore, opposes minority rights. It still criticises Manmohan Singh for saying that the "minorities have the first claim to national resources" without realiaing that Hindus too are entitled to minority rights. Now BJP leader Ashwini Kumar Upadhaya has gone to the Supreme Court, seeking declaration of Hindus as minority in more than half a dozen states. Hindus too are religious minority in non-Hindu majority states. But what the BJP does not understand is that Hindus can also be a linguistic minority in other states, eg Tamil Hindus are entitled to the rights of minorities in all states other than Tamil Nadu.

A minority is a group that is numerically smaller than the majority in society. This basic definition is, however, not enough. Since the criterion of numbers, though essential but is not a sufficient for any definition of a minority, we need to go further. The second component of the definition is that the group concerned must be non-dominant in the given society. A group can be conceptualised as a minority, when its values and worldviews are either not reflected at all, or insufficiently reflected both in the public sphere and the constitution of societal norms. Both these factors reinforce each other. Thus, marginalisation and exclusion are most important yardsticks to determine minority status. The Sachar Committee, for instance, brought to fore the non-dominant status of Muslims. Yet, the Allahabad High Court in 2006 held that the Muslims are not a minority in UP.

The Supreme Court has consistently maintained that minorities are to be defined on the basis of numerical inferiority only and it is the state in relation to which the minority status is to be determined. There has been no deviation from the above principle laid in the Kerala Education Bill case (1957). The 11-judge bench of the apex court in the TMA Pai Foundation (2002) case again explicitly held that in the absence of any special definition of "minorities", any community, religious or linguistic, which is numerically less than 50 per cent of the population of the state is entitled to recognition as minority. So, in the states of Nagaland, Mizoram, Meghalaya, Arunachal Pradesh, Manipur, Jammu & Kashmir and Punjab, Hindus on the basis of numerical inferiority test are entitled to religious minority status. In fact, in N. Ammad (1998), the apex court had held that minority status is a matter of fact and does not need state recognition or declaration. Thus, this petition is unnecessary. On November 10, the Bench headed by Justice Ranjan Gagoi dismissed the PIL seeking minority status for Hindus in eight states, including Punjab and J-K, and asked the petitioner to approach the National Commission for Minorities.

The Supreme Court in the DAV College case (1971) held the Hindus as minority in the state of Punjab. Punjab & Haryana did hold that Sikhs are not a minority in Punjab. When Jains who were already having the religious minority status in a number of states such as UP, Uttarakhand, Maharashtra, MP and Chhattisgarh and about whom the National Minority Commission had made positive recommendation for the conferment of minority status wanted such a status from the central government, the Supreme Court became highly regressive in the Bal Patil case (2005) and made certain observations which were nothing short of rewriting minority jurisprudence.

The three-judge Bench observed: "It was not in contemplation of the framers of the Constitution to add to the list of religious minorities....Ideal of a democratic society, which has adopted right of equality as its fundamental creed, should be elimination of majority and minority and so called forward and backward classes". The court directed the minority commission to eliminate minorities. In fact, when Jains protested their inclusion in definition of 'Hindu' in Article 25 on January 31, 1950, Pt Nehru had clarified in writing that Jains are a distinct religious minority.

The Constitution nowhere says that the minorities should assimilate with the majority. Appeasement of minorities was a motivated propaganda of rightist forces. All communities, including Hindus, are fully entitled to rights both as religious as well as linguistic minorities. The constitution does not believe in the 'melting pot' theory, but for a 'salad bowl' concept where distinctive identities of all groups are to be celebrated and preserved. Heterogeneity, not homogeneity, describes India. Unity in diversity is our cherished constitutional value. Let it not be diluted. 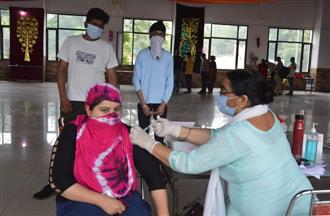