India suffered a crushing defeat at the hands of China in the short war of October-November 1962. 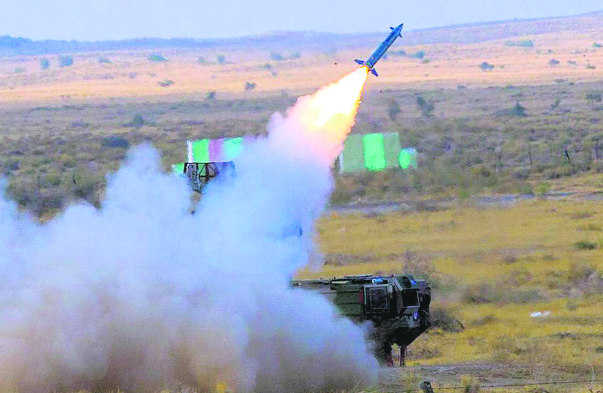 Strategy: To deter China, India needs to include the use of TNWs.

India suffered a crushing defeat at the hands of China in the short war of October-November 1962. On October 16, 1964, China carried out its first nuclear test. This added a new dimension to the threat to India’s security and provided the impetus to India for developing nuclear weapons as a means of deterring Chinese aggression. Consequently, India tested its first nuclear device on May 18, 1974.

Pakistan began the process for developing nuclear weapons in January 1972 after losing East Pakistan as a result of the 1971 war. It, perhaps, secretly tested its nuclear devices in China in the late 1970s and early 1980s. Pakistan carried out the first nuclear test openly on May 28, 1998, a few weeks after India’s second nuclear test. Since then, it has made noteworthy strides in the areas of nuclear weaponisation and missiles.

Therefore, it needs to be realised that India developed nuclear weapons primarily to deter China from any military adventure across the Himalayas.

India's nuclear doctrine of the NFU (No First Use) and CMD (Credible Minimum Deterrence) was made public in August 1999. In 2003, the Cabinet Committee on Security debated the 1999 doctrine, but no changes were promulgated. However, it is not essential to publicise a nuclear doctrine. Mere signals resulting in ambiguity can also serve the required purpose, ie information warfare.

India has developed a Nuclear Triad capability (ability to launch nuclear missiles from the air, ground and submarines) in order to survive and retaliate with nuclear weapons against a first use nuclear strike, as part of its CMD doctrine. India also has Agni missiles which have ranges covering territories much beyond China. This prevents China and Pakistan from nuclear-blackmailing India.

China is the only other nuclear nation in addition to India that professes to follow the doctrine of NFU. However, Chinese sources have made statements that their NFU commitment is not applicable to the areas which Beijing claims. Also, they have mentioned some red lines, which if crossed, would invite a nuclear attack. In this context, it is relevant to point out that China lays claims to Arunachal Pradesh and certain areas along India’s border with Tibet.

Pakistan's nuclear doctrine is India-specific and stipulates deterrence by “guaranteeing an immediate massive retaliation by nuclear weapons” against a ground and air attack which crosses certain red lines. To counter India’s Cold Start Doctrine, Pakistan has added the use of TNWs (Tactical Nuclear Weapons) against Indian troops.

India has set up an elaborate nuclear command and control organisation with alternative command post, communications and Triad to absorb the first strike. This makes the Indian doctrine quite potent.

However, our nuclear doctrine suffers from some serious infirmities. The current nuclear doctrine only deals with a nuclear conflict scenario. It does not get meshed with the territorial security of the nation, which is the main Indian concern vis-a-vis China and due to which India went nuclear. China has become much stronger in conventional forces. India’s strategy has to be to deter/dissuade China from embarking on any large-scale offensive. This cannot be achieved by increasing ground and air forces. Also, due to the strategic nexus between China and Pakistan, India will have to keep considerable forces on its western front.

The Indian strategy to deter China must, therefore, include using our comprehensive military potential, including the use of tactical nuclear weapons (TNWs).

During the Cold War, the Warsaw Pact Forces had a marked superiority in conventional forces over NATO and, hence, were expected to overrun vital areas in Europe in a short time. America, therefore, deployed thousands of TNWs with a view to deter the superior Soviet-led conventional forces.

In due course, it was realised that the use of TNWs in populated areas would result in colossal damage to the European population and so, they were discarded. As far as India is concerned, our area along the border with Tibet, by and large, has very little habitation and the above-mentioned constraint for the use of TNWs there and in the deserts of Rajasthan is, therefore, not relevant.

Keeping in view the superiority of China in conventional forces, the use of TNWs in our own territory, say in Tawang, Walong or Chushul, against any offensive Chinese forces is a credible and cost-effective option. India cannot mount any worthwhile conventional counter-offensive due to constraints posed by the very high altitude terrain and long lines of communications. Feeling gung-ho as a result of exercises is a different kettle of fish as compared to the actual shooting war.

Keeping in view the threat of TNWs from Pakistan, the Indian nuclear doctrine should state that their first use by an adversary will be responded to in kind and with much greater intensity.

As far as diplomacy and world opinion are concerned, the answer is: there is nothing offensive in the proposed doctrine. It is a defensive doctrine to safeguard India’s territorial integrity. The TNWs are planned to be used only in our own territory.

With such a doctrine, India can certainly deter/dissuade China and Pakistan and reduce some Army formations and costly air assets. Thus, it can devote greater financial resources towards economic development and alleviating poverty.

In the context of wars that India is likely to get involved in, talking about MAD seems a mad idea.