For quite some time, the role and function of Sikh institutions in articulating the Sikh aspirations, expectations and frustrations has raised fresh questions. 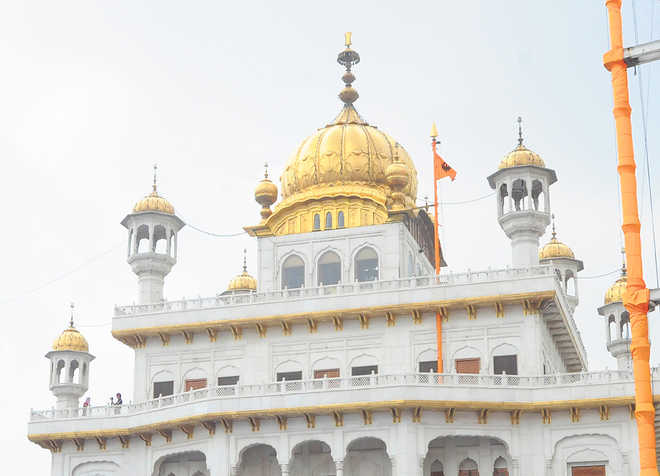 For quite some time, the role and function of Sikh institutions in articulating the Sikh aspirations, expectations and frustrations has raised fresh questions. Particularly, on the erosion in the autonomy, independence and sovereignty, or whatever remains, of the apex organs: SGPC (Shiromani Gurdwara Parbandhak Committee) and Akal Takht.

Given the hire and fire policy in respect of the clergy, religiously followed by the 'politicised' SGPC at the bidding of its political bosses, a subservient attitude is discernible. Even the system of appointment or removal of the SGPC President is arbitrary and politically motivated. In the prevailing cloistered religio-political system, the incumbents are expected to show 'unalloyed loyalty' to their political masters.

The politicisation of the SGPC and Sikh clergy is a cause of concern, given the contradictions and opaqueness in decision-making. Why has there been a continuous erosion and denigration of these institutions? Even as the jury is out on the juxtaposition of religion and politics, the fact is that vested interests have politicised religion. Religion has not been evoked as a detergent to cleanse politics.

Then there is the growing cult of sants, mahants, babas and gurus; sects, cults and deras. Punjab provides a fertile ground for them to flourish, ostensibly under 'state' or 'political' patronage. The key Sikh institutions have failed to checkmate these.

Understandably, a majority of those who flock to the deras is from among the 'weaker sections', 'Scheduled Castes and other backward classes'. The deras are not just a vote-bank, but something more than that.

This vast section of society feels left out of the state's 'welfare schemes'  denying them economic emancipation, social equality, income generation, employment opportunities and affordable, quality education and health delivery services. They have been ignored and marginalised by the Sikh religio-political leadership. This has alienated them, depriving them of societal recognition, respect, equality, and human dignity.

Thus, deras flourish as they provide their followers 'recognition', something neither the governments nor Sikh religio-political leadership gave them. While the governments ignored them, Sikh institutions never welcomed them into their fold. Resultantly, there are sharp divisions based on religion, caste, creed and class in villages, where segregation is widespread. Proof lies in the existence of separate cremation grounds, gurdwaras and dharmshalas for different communities.

Strangely, in the wake of the countrywide outcry against 'atrocities' on the minorities, cow vigilantism, saffornisation of institutions, the Akali leadership has maintained a silence for fear of annoying the BJP or losing a Cabinet berth. And, the religious wing never made any attempts to 'own' the estranged sections that opted for deras and invested their faith in 'gurus' and 'babas'.

To reverse this trend, it is time the government implemented its 'welfare schemes' and changed its approach towards dera followers. It is also time for radical reforms to restore dignity, independence, sovereignty and autonomy of the Sikh clergy and SGPC. It is equally important to restore 'inner democracy' in the SAD. Punjab must maintain communal harmony, peace and tranquility, which is ever so fragile.

Often, concerned scholars, not necessarily neutral, have suggested alternatives to ride out the crises. Since conflict, contradiction and confrontation dominate the Sikh institutions and Sikh psyche, scholars need to cooperate and coordinate in the larger interest of the state and the Sikhs.

Have there been attempts to reform or restore lost dignity of these institutions?

One attempt was initiated at the World Sikh Sammelan in Amritsar in September 1995, with Sikhs settled abroad demanding a broad-based SGPC with a representative character; widening its ambit, worldwide. Then (between 1994 and 1996) by a retired Army Colonel, the late Gurdip Singh Grewal, floated the idea of setting up of a Global Sikh Senate. But all such attempts were scuttled by those who hold sway over them, fearing the loss of hegemony and control, since they drew 'power' from these institutions.Numerous seminars have been held to 'forge' unity in Sikh religio-political folds. These attempts have remained stillborn.

Grewal’s idea was to enable the Sikh community at home and abroad to meet the challenges and adapt itself for optimum viable prosperity moving into the 21st century. He believed that such a senate was imperative for globally integrating secular Sikh social order: Sikhs, he believed, being a consensual society, the senate could create a virtuous circle of consensus for the prosperity of the entire community.

He was of the opinion that the existing imperfections were on account of two factors: one, the casting of Sikh politics into an archetypical mould of thoughtlessness and attitude of confrontation; two, the guardians of gurdwara-based politics, generally ultra-orthodox, maintained a stranglehold on the Sikh affairs, obstructing enlightened minds from participating.

At the 1995 World Sikh Sammelan, besides it was also resolved that a World Sikh Council and Zonal Sikh Councils be set up under the Jathedar of Akal Takht. The concept was aborted due to differences cropping up among the power-wielders. And, the then Jathedar, Giani Puran Singh, disbanded all units in March, 2000.

With the Akali leadership, having parceled various religio-political institutions between themselves for decades, showed little or no interest either in the World Sikh Council or in the concept of Global Sikh Senate.

Besides the key reforms needed for reinventing the SGPC, SAD and Akal Takht, other pending issues include: failure of the Sikh leadership to either get an All-India Gurdwara Act enacted, in the past six decades or to rein in the growing cult of sants, mahants, babas and gurus; sects, cults and deras; or on the voting rights of Sehjdhari Sikhs in SGPC elections. The matter is in the court.

It is time the government recalibrates its policies and approach towards nearly 50 per cent of the population that believes in deras and feels alienated, and the religio-political Sikh leadership comes out of its orthodoxy-shell and think of out-of-the-box reforms.