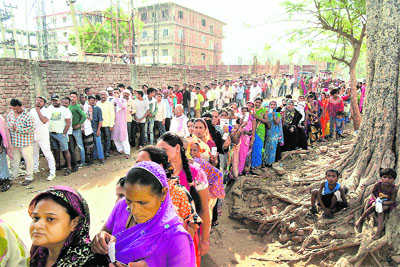 Lecturing the majority about tolerance won’t make our system of majority rule suitable. The way we elect our rulers has to change. PTI

Most Indians believe democracy means majority rule. They think that once a party or coalition gains majority in Parliament or a state legislature, it has the legal and moral right to do as it chooses. And those in the minority must either acquiesce to the majority’s wishes, or bide their time until it’s their turn in office. Such majoritarianism is not befitting a great nation. It is time India reconsider its system of government based on unfettered majority rule.

India, one of the most diverse nations in the world, was never a suitable candidate for majority government. The main problem was the country was communally charged and had a permanent religious majority. Even today, roughly 80 per cent of the population is Hindu; 14 per cent Muslim; Sikhs and Christians are about 2 per cent each. Then there were other perpetual majority-minority tussles: languages and castes, for example. None of these factors were susceptible to change, which is what made majority rule inadvisable for Indian conditions.

Our history is rife with troubles caused by these majority-minority conflicts. Yet majoritarianism continues unabated. Lately, it’s the BJP that has been flexing its majority at the Centre, in UP, and other states. Prime Minister Narendra Modi began to rule through ordinances as soon as he came to office. He had to assure Parliament that “consensus is more important than majority rule.” But his and his party’s majoritarian impulses have continued to show in many ways, from their hard-line approach in Kashmir, to cow protectionism. Last week, 65 former IAS officers pleaded with the government and public institutions to curb this “rising authoritarianism and majoritarianism, which do not allow for reasoned debate, discussion and dissent.”

But lecturing the majority about tolerance won’t make our system of majority rule suitable. This was clear from the beginning of the republic. British constitutional scholar Sir Ivor Jennings cautioned India in 1945: “It is not tolerance alone that makes democratic government work.”

Jennings described why the British system of majority government wasn’t right for India. “With us, the majority is not permanent,” he wrote, “it is based upon differing views of personal and national interest, views which are susceptible of change… This enables the minority to submit peacefully and even cheerfully to the fulfilment of the policy of the majority.” “A Conservative government might persuade me to become a Conservative overnight,” he said, “but it cannot change my ancestry, my language, my tribe or caste, my religion, or even my economic status.”

Majority rule as a basis of India’s government was rejected on similar grounds by many notable authorities. A British parliamentary committee reported in 1933 that “in India none of the factors can be said to exist” that are essential for majority rule to succeed. Jinnah had the Muslim League pass a resolution in 1939, declaring that it was “irrevocably opposed to any objective which must necessarily result in a majority community rule under the guise of democracy.” And B.R. Ambedkar said in 1945 that in India “majority rule is untenable in theory and unjustifiable in practice.”

Even a non-political effort to find a good system for India, the Non-Parties’ Conference of 1945, was unequivocal in its rejection of British-type majority rule. Chairman Tej Bahadur Sapru noted that it was “unsuitable and will not yield in this country those results which it has produced in England.”

India’s majority rule has failed the nation in countless ways. It worsened communal tensions, leading to the country’s partition. It inflamed the majority in Kashmir, making it the bloodiest conflict in India’s history. It routinely allows majority governments to run amok in passing laws or in enforcing them at will. It permits governments to tyrannise the people and political opponents, with investigative agencies like the CBI, police and tax authorities. Unfettered majority rule is also the main reason behind India’s rampant corruption. It was an out of control majority that allowed Indira Gandhi to end India’s democracy altogether.

If we stop thinking of majority rule as synonymous with democracy, we can begin to fix this problem. There are other democratic models that have been proven to work better. The US system was devised specifically to reign in majority rule. One of its creators, James Madison, had studied the world’s democracies of the past 3,000 years. He was struck by the fundamental question raised by their failures: Is the principle of majority rule sound? His answer was no, and he and his peers set out to devise a better system.

Madison found that democracies failed because of “mischief” of majorities. He wrote “majorities in legislative councils, with interested views, contrary to the interest and views of their constituents,” often “join in a perfidious sacrifice of the latter to the former.” Madison asked a simple question: “Place three individuals in a situation, and give to two of them an interest opposed to the rights of the third. Will the latter be secure?”

How does the American system restrict majorities from running amok or becoming tyrannical? It does so in two practical ways. First, it expands the sphere of elections to include a large and varied population, so that there will be many interests, but no simple majorities. This is a huge benefit of electing chief executives of the nation and states through elections across the whole territory. A prime minister elected directly by the people of the entire country would find it difficult to win on the back of a communal, caste or language-based majority.

Second, the American system makes the structure and process of government complex. Through genuine separation of powers, bicameral legislature, judicial review, and true federalism, it makes it impossible for a majority to control the entire government. The power is divided in so many ways that minority views can always find a forum for expression and an institution for action against the majority. The Opposition thus has real teeth to stop a governmental action. Of course, this makes governing difficult and frustrating, but it strengthens the nation’s democracy and improves its decisions.

India must similarly protect its democracy from the ravages of majority rule. It’s time Indian governments began to ‘serve’ rather than ‘rule’.

Bhanu Dhamija is the author of Why India needs the Presidential System.