NCW has failed our women : The Tribune India

NCW has failed our women

The allegations of sexual harassment against the Chief Justice of India have been a subject of public discourse recently. The Supreme Court was criticised for the dismissal of the employee (complainant) and her brother-in-law. Denial of report of the Justice Bobde-led three-member panel to the complainant is also under attack. 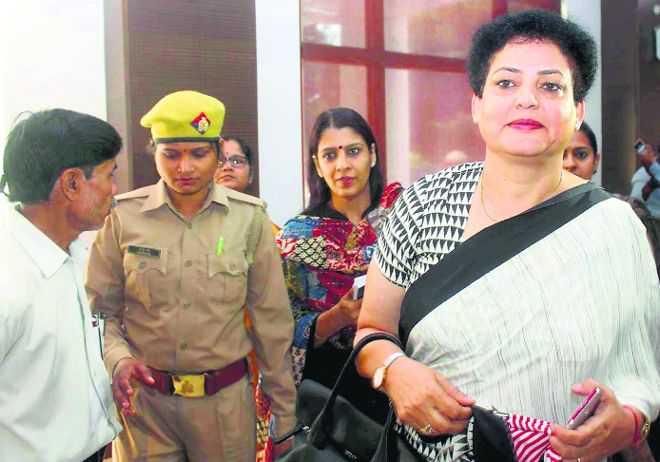 Insensitive: NCW chairperson’s response to India being dangerous for women.

The allegations of sexual harassment against the Chief Justice of India have been a subject of public discourse recently. The Supreme Court was criticised for the dismissal of the employee (complainant) and her brother-in-law. Denial of report of the Justice Bobde-led three-member panel to the complainant is also under attack.

But not many are aware that in 2016, the National Commission for Women (NCW) had dismissed two women who had filed a complaint about ‘the persistent sexual harassment at NCW workplace’. The two employees had also termed the Internal Complaint Committee (ICC) of the NCW as ‘sham and opaque’. The matter is pending in the Delhi High Court since 2017. The NCW also did not give some documents under right to information in spite of orders by the Central Information Commission.

The NCW’s insensitivity came to the fore when its current chairperson and BJP leader Rekha Sharma, in response to a Thomson Reuters survey that had found India to be most dangerous country in the world for the women followed by Afghanistan and Syria, said about 30 per cent of rape cases examined by the NCW were found to be fake. She has also said that women make such complaints for claiming compensation or settling property disputes.

In response to sexual harassment by a Christian priest, the NCW proposed doing away with confessions without realising that it is an essential religious practice of Christians. The government’s own National Family Health Survey (2015-16) has revealed that 99.1 per cent cases of sexual assault go unreported. Thus, what is reported is just the tip of the iceberg. Priyanka Gandhi, in her election speeches, has dared the Prime Minister to fight the final phase of the Lok Sabha elections on the issue of women’s security.

The NCW was established in 1990 as an autonomous statutory organisation. It should not be headed by a politician. Under the NCW Act,1990, the chairperson has to be a person committed to the cause of women. Five other members are to be there. The NCW  has wide powers to investigate matters relating to safeguards for women; reviews laws and policies and suggest improvements; look into complaints and take suo motu notice of matters relating to deprivation of women’s rights, non-implementation of laws and non-compliance  of policy decisions, guidelines aimed at mitigating hardships and ensuring welfare and providing relief to women; inspect jails, remand homes and women’s institutions etc. and make periodical reports to the government.

The NCW’s performance in the past three decades has been lacklustre. All governments appointed NCW chairpersons from their own parties. Ideally, the selection of the chairperson and members should be transparent and democratic. Most of the chairpersons had no experience in women issues. They were not passionate about gender issues. The NCW, accordingly, failed us on several historical occasions.

In 2002, when there was large-scale sexual violence against Muslims for a good two months in Gujarat, the NCW did not send its team. Subsequently, its team gave the strange finding that no particular community was targeted and there was no sexual violence. The NHRC and other reports contradicted the NCW findings. Recently, the Supreme Court had awarded compensation of Rs 50 lakh to Bilkis Bano.

Similarly, in the case of public molestation of a young girl in Guwahati on July 10, 2012, the then chairperson Mamta Sharma of the Congress almost blamed the victim when she said that "Be comfortable, but at the same time, be careful about how you dress… aping the West blindly is eroding our culture  and causing such crimes to happen." This stereotype-blaming of victim came as a rude shock. Aother time in 2012, the NCW head had said in Jaipur that “if a group of boys eve-teases you by calling you sexy, you should not get provoked and instead you should take it positively.”

Even after the Delhi gangrape of December 16, 2012, the NCW neither made enough noises nor led the movement for reforms in law. The public on its own came at the initiative of activists on the streets which forced the government to enact a special law on sexual harassment in 2013.

The NCW has denied the fact of sexual harassment by security forces. It made no statement against Major Leetul Gogoi who was recently demoted by the Army court martial for fraternising with a local Kashmiri girl. In the Delhi  Domestic Working Women Forum case (1994), where some girls were raped by army officers in the Muri Express, the SC noted the NCW’s shameful statement that ‘framing policy for compensation in such matters is beyond its mandate’.

An NCW team last month visited Rajiv Gandhi National Law University (RGNLU), Patiala. Strangely, it gave one report to the university and sent another to the government. The covering letter to the university shows the inefficient work ethics of the NCW. The letter is dated as April 11, 2019. In the second paragraph, it says that in response to alleged gross inequalities, the commission constituted an inquiry committee on March 19, 2019, and the committee visited RGNLU on March 20, 2018, and while signing, Under Secretary Barnali Shome puts the date of April 12, 2012. Thus, three different years are there in the covering letter itself.

There must be wider dissemination of ICC in every institution, but RGNLU’s ICC constitution is visible on the university’s website and was uploaded in October 2017. In fact, a grievance committee's link is also there, which was constituted on March 19, 2019. The inquiry committee had found the behaviour of certain employees as ‘rude’. It observed in its report that “it had been noticed that (certain professors) have been rude to the students and have passed anonymous marks against students.” The committee came to this conclusion without meeting or giving these employees an opportunity of hearing.

The NCW thus violated the principle of natural justice that demands that ‘no one shall be condemned unheard’. The NCW also went beyond its powers when it suggested that teachers should not be appointed as warden. This again is problematic as in most universities, teachers are doing a wonderful job as wardens. It has also suggested that the grievance committee members should be of the students’ choice.

It seems the NCW neither has the will nor the capability to fight for women’s causes. There is an urgent need for its performance audit by an independent body.