THE issue of premature release is back in the news as Manu Sharma, a convict in the Jessica Lal murder case, has accused the Sentence Review Board (SRB) of unfairly rejecting his plea. 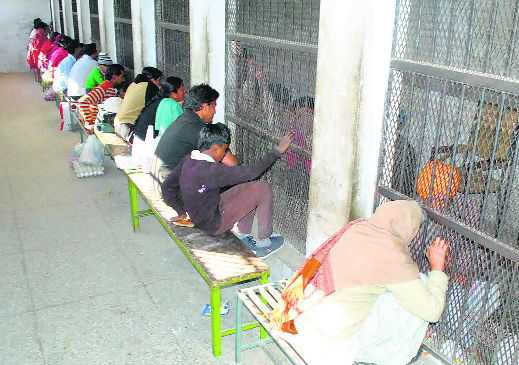 Arbitrary: The procedure for premature release varies from one state to another.

THE issue of premature release is back in the news as Manu Sharma, a convict in the Jessica Lal murder case, has accused the Sentence Review Board (SRB) of unfairly rejecting his plea. He claimed that the SRB declined to grant him premature release “without giving any cogent reason”. The Delhi High Court refused to grant his prayer, but ordered the board to consider his case at the next meeting. The matter will now be considered under the newly introduced Delhi Prison Rules, 2018. The new rules have done away with the eligibility criterion of having undergone 20-25 years of imprisonment with remission by a prisoner to be released prematurely.

The practice of premature release in India has always been mired in controversy. Recently, the Delhi High Court, while disposing of a PIL, observed that the convicts were being granted premature release on ‘whims and fancies’ of the SRB. The allegations of arbitrariness, political consideration and corruption have been levelled on many occasions. As premature release is primarily an executive exercise and not a judicial process, the decisions of the state governments to grant or deny release have been questioned. This is visible from the number of cases against the SRB before various High Courts.

Recently, the case of Ram Sewak was highlighted. He served a total sentence of 36 years. The Supreme Court held that “a person who has crossed 60 years of age and already served 16 years of prison sentence without remission is entitled to be considered for premature release.” Having served a sentence of 25 years, Perarivalan, a lifer in the Rajiv Gandhi assassination case, had to take the RTI route to know about the considerations for the early release of film star Sanjay Dutt and the denial of the same in his case. These cases illustrate the uncertainties in the system granting premature release.

Life sentence without the possibility of an early release is inconsistent with international norms. However, the Supreme Court, in a series of cases, especially after ‘Union of India vs Sriharan’ (2015), has ruled that life imprisonment means imprisonment till the end of life, subject to statutory powers of remission under Section 432 of the Code of Criminal Procedure, and constitutional powers under Articles 72 and 161.  Life imprisonment, in this sense, goes against all canons of human dignity. And the executive functions of remission and premature release should not be trampled upon by judicial discretion.

In the absence of a uniform policy of premature release in India, discretion becomes crucial. There is no minimum standard for the states while applying this procedure. Section 432 (1) of the CrPC authorises state governments to suspend or remit whole or part of the sentence of a convict. Section 432(2) stipulates that whenever an application is made for remission, the appropriate government ‘may’ seek the opinion of the presiding judge of the court that had sentenced the convict or confirmed the conviction, on whether the request should be granted. Section 433 empowers governments to commute sentences and 433-A imposes restrictions on the exercise of this power. Section 433-A of the CrPC provides for the eligibility of convicted prisoners for premature release. Convicted prisoners, who are undergoing life sentence, can be considered for premature release if they have served 14 years of actual imprisonment i.e. without remission. Though spending 14 years in prison is essential, it does not by itself entitle the convict for release. The release will take place only after the SRB recommends it. However, there are certain categories of convicts who have to undergo imprisonment for 20 years before being eligible for premature release. They include convicts who have been serving imprisonment for heinous crimes, gangsters (such as contract killers) and those whose death sentence has been commuted to life imprisonment.

The procedure followed for premature release differs from state to state. Conditions of eligibility, constitution of recommendatory review boards, processing of papers and procedures for obtaining bonds vary from one state to another. Further, there is a widespread belief that the system is arbitrarily operated by the SRB.  There is a general perception among the prisoners that preferential treatment is given in some cases.

The fundamental objective intrinsic to premature release, as mentioned in the Delhi Prison Rules, 2018, is the reformation of the convicts. The conduct, behaviour and performance of the prisoners is imperative in deciding their release. The rehabilitation and integration of the offenders into society, in such a way that society is safeguarded from their criminal activities, is essential to the practice of premature release.

There is a need to bring uniformity in the procedure, including laws, rules, regulations and policies regarding the system of premature release all over the country. Even the terminology should be made uniform. For example, the term ‘parole’, as used in the international sense, should substitute the term ‘premature release’. The SRB should consider factors such as the probability of prisoner reoffending; the protection of the public, including the victims; the behaviour of prisoners while in prison; the extent of rehabilitation and integration of prisoners in society. The prisoners should be given the opportunity to request a review of the board decision. The large-scale premature release of prisoners on special occasions (August 15, January 26 etc.) may be avoided. Pre-release programmes with appropriate counselling will make them ready for release in all respects.