Not the end of ISIS

US President Trump announced on October 27 that Abu Bakr al-Baghdadi, the self-styled caliph and head of the Islamic State (ISIS), had killed himself during a raid by the American Special Forces in the early hours of the day. 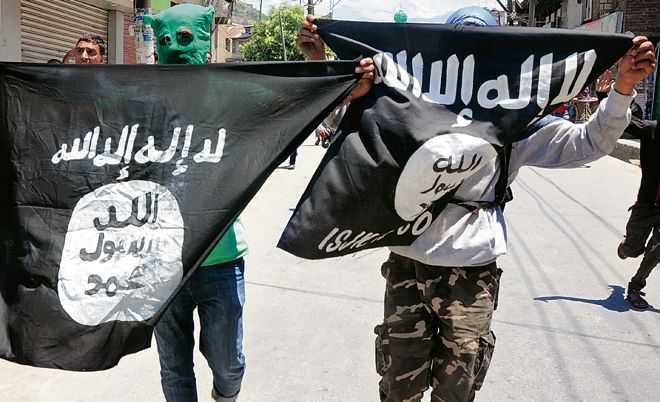 Temporary setback: An analyst claims that Baghdadi’s death might even bring some relief to ISIS because of the difficult task of protecting him.

US President Trump announced on October 27 that Abu Bakr al-Baghdadi, the self-styled caliph and head of the Islamic State (ISIS), had killed himself during a raid by the American Special Forces in the early hours of the day. Trump said Baghdadi ‘died like a dog’ in a compound near the village of Barisha in the Idlib province of Syria. The US forces carried out a night raid in which a ‘large number’ of Baghdadi’s companions were killed. He ran into an underground tunnel with three of his children, chased by dogs. Reaching a dead end, he detonated a suicide vest which killed him and his children. A DNA match confirmed his identity. And thus ended the saga of al-Baghdadi, the world’s most wanted terrorist with a bounty of $25 million on his head. Trump thanked Russia, Syria, Turkey and Iraq for their cooperation in the successful raid.

Baghdadi first came to the world’s notice in 2014, when his followers captured one-third of Iraq and half of Syria and declared the territory a caliphate, or an Islamic theocratic state, that had ended with the disintegration of the Ottoman Empire after World War I. This new caliphate, at its peak, covered territory across Syria and Iraq, roughly the size of the UK.

The origins of ISIS lie in the insurgency which arose in Iraq after the US invasion of that country in 2003. The insurgency produced ‘Al-Qaeda in Mesopotamia’, which morphed into the ‘Islamic State of Iraq’, and then in 2011 became the ‘Islamic State of Iraq and the Levant’, or ISIL/ISIS. Al-Baghdadi — real name Ibrahim Awad Ibrahim Ali al-Badri — was the proclaimed leader of ISIS in 2010. The significance of his nom de guerre was evident: Abu Bakr was the first caliph after the Prophet’s death and is credited with the expansion of Islamic territories. The al-Badri tribe traces its ancestry to the Quraysh tribe of the Arabian peninsula — the tribe of the Prophet. A hereditary connection to the Quraysh is regarded as a requirement for becoming a caliph. Al-Baghdadi’s tribe claimed ancestral links to Fatima, the Prophet’s youngest daughter. He thus possessed the necessary theological qualifications for becoming a caliph.

At its height, the ISIS flag flew over major cities including Mosul, which had a population of 1.4 million. ISIS, also known as Daesh, imposed its harsh version of Islam in these territories and shocked the world by televising its executions. A Jordanian pilot was burned alive while being filmed. Those suspected of spying were crushed under tanks. Women accused of adultery were stoned to death and men who defied Daesh were beheaded. Shias and Yazidis were massacred, and their women raped on a large scale.

In 2014, when Baghdadi ascended the pulpit of a mosque in Mosul to announce the caliphate, the world saw his face for the first time. ISIS used the power of the Internet to connect with followers all over the world. His message was that any Muslim could act in the name of ISIS. Thus, terror attacks took place in different parts of the world, including the US, Germany, France, and Sri Lanka. By 2015, the ISIS held a large area extending from western Iraq to eastern Syria, containing an estimated 8-10 million people.

ISIS was by now viewed as a threat to international security. In mid-2014, an international coalition led by the US launched an attack against ISIS in Syria and Iraq, killing tens of thousands of its members. That was followed by Russian and Syrian intervention in the summer of 2015, which further depleted its ranks. In 2017, the group lost control of Mosul to the Iraq army, followed by the loss of Raqqa in Syria to the US and the Syrian Kurds.

In March 2019, it lost the final scrap of land under its control. It had taken five years to recover all territory held by the group, but Baghdadi had not been captured. He was believed to have escaped from Mosul during an attack on besieging forces from inside the city in early 2017. He was on the run after that.

The question now is: will ISIS continue to exist under another leader? Most experts believe the answer is yes. Baghdadi’s killing is a serious symbolic blow to ISIS but not a fatal one, and the movement is not going to go out of business anytime soon.

An expert at King’s College, London, Andreas Krieg, told Al Jazeera that Baghdadi’s death was ‘mostly of symbolic importance… this organisation has become somewhat of a virtual caliphate, a franchise that other groups can buy into and basically sell around the world.’

Amman-based analyst Hasan Haniyeh said Baghdadi’s death would not result in ‘any substantive change’ for ISIS, arguing it might even bring some relief to the group because of the difficult task of protecting him. ‘ISIS will continue but will revert to being an organisation, not a state or caliphate.’

Ali Rabiei, a spokesman for the Iranian government, said Baghdadi’s death, while symbolic, didn’t mean that the fight against Daesh was over. The main reason was that the US was not going to stop adopting policies that nurture the kind of extremist ideologies that Baghdadi represented. US interventionism in the Middle East was the main reason for the proliferation of Daesh and other Takfiri terror outfits.

World leaders, too, warned that the fight against ISIS was not yet over. French President Macron said Baghdadi’s death was a major blow against ISIS but ‘the fight continues to finally defeat this terrorist organisation’. British PM Boris Johnson said the UK would work with its partners ‘to bring an end to the murderous, barbaric activities of Daesh once and for all’. The Philippines, Indonesia, and Malaysia said they were braced for retaliation by ISIS loyalists, including ‘lone wolf’ attacks.

Some observers also noted the timing of Baghdadi’s elimination. They saw it as helping Trump’s re-election chances in 2020.