Immediately after the bifurcation of Jammu and Kashmir was announced on August 5, Gen Bipin Rawat put forth the proposal that he was not averse to the idea of the Siachen area being opened to tourists. 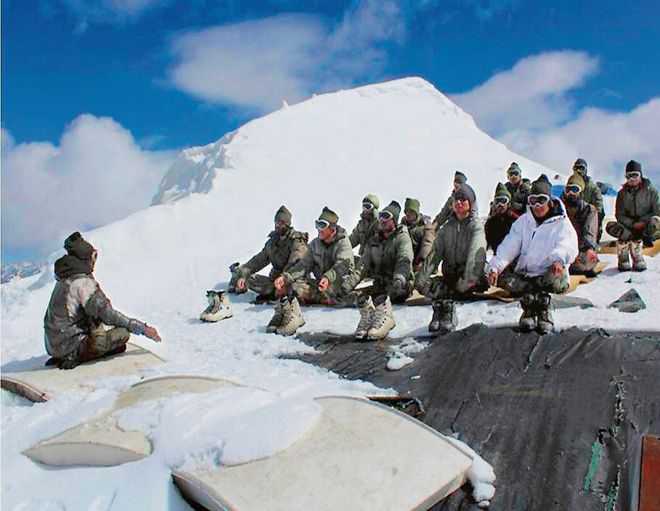 Attractive proposal: The Army chief is not averse to the idea of the Siachen area being opened to tourists which may open up opportunities.

Immediately after the bifurcation of Jammu and Kashmir was announced on August 5, Gen Bipin Rawat put forth the proposal that he was not averse to the idea of the Siachen area being opened to tourists. While I feel that it is not a bad idea, it did trigger some seismic, contentious opinions and debates.

First, let me dilate on various aspects pertaining to the Siachen glacier and why it becomes a focal point for triggering the interests of tourists. In Balti, ‘Sia’ means roses and ‘chun’ means in abundance (though no roses are seen). Siachen is sandwiched between the Saltoro ridge on the west and the Karakoram ranges on the east. Temperatures go up to minus 70°C and peaks on the ranges are up to 25,000 feet. It is also called the ‘Third Pole’ and is the highest battlefield in the world. It is the second longest glacier in the non-polar region in the world. It is approximately 76 km in length, though the glacier retreat is about 110 m per year. The Nubra river from the glacier drains into the Shyok river, which ultimately becomes the Indus river.

The idea of tourism in this area is not de novo. Since 2007, trekking activities have been undertaken by teams from the NDA, IMA, NCC and Military School, Chail. There is no reason why others can’t be permitted to delve in such ventures.

Today, adventure has become the buzzword, so why not add adrenaline to the aspirants’ dreams?

It will also motivate the youngsters to join the fauj. It will help them repose faith in the Indian Army and the Air Force and convince them that the forces are capable of maintaining our territorial integrity and that they can operate and sustain in extreme climate and very hostile terrain. It will be a capability demonstration to our countrymen.

The infusion of tourism in Siachen will act as a scalper to open myriad opportunities. These include:

Will ‘cry baby’ Pakistan object to any such venture by us? Pakistan has no defensible equity to object, because it is our territory and we don’t have to take permission from Pakistan.

Earlier, Pakistan had been sending expeditions to Sia Kangri, Indra Col etc. Their justification came from a cartographic error by the US Defence Mapping Agency (USDMA) which published a map in 1963 showing a straight boundary line between India and Pakistan, from NJ9842 to the Karakoram Pass. Thereby, it gave a large chunk of the Indian territory to Pakistan. On our objection and further scrutiny, it emerged that this line was on a map of World War-II vintage, representing an ‘air defence line’. Robert Blackwill, former US Ambassador, apologised later and the maps were corrected.

It is interesting to note that the point in this area up to which the boundary was demarcated in 1949 was NJ9842 and was mentioned ‘Thence Northwards’. The same was ratified in the Simla Agreement of 1972. ‘Thence Northwards’ implied that the boundary as per ‘international norms’, would run along a geographical feature running northwards, which happened to be the Saltoro Ridge.

However, Pakistan always had the intention to change the status quo by occupying the Saltoro Ridge for strategic reasons and then dominate the Siachen glacier. It is providence that we occupied it on April 13, 1984, under Operation Meghdoot just a day prior to Pakistan’s intended occupation under Operation Ababeel (a high-altitude hawk). The tourism dream in Siachen would not have fructified had the Pakistanis pre-empted us.