Strange as it may sound, all art forms need political support to grow. The communal upheaval that engulfed the Punjab region in 1947 forced migration of the well-established Muslim artistes from this region. This resulted in i mpoverishment of the rich traditions of classical music 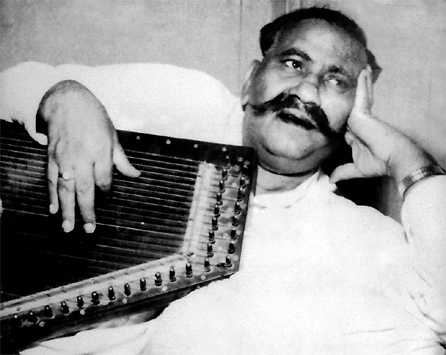 In 1901, when Pandit Vishnu Digambar Paluskar set up the first Gandharva Mahavidyalaya, the first public-funded institution of music of India, inadvertently he was preparing to save Hindustani classical music from a calamity. Between 1901 and 1947, the Mahavidyalaya, produced a number of stalwarts; Vinayakrao Patwardhan, Omkarnath Thakur, Narayanrao Vyas, Shankarrao Vyas, B R Deodhar et al., in whose hands Hindustani music would survive in the future, albeit in a different fashion. Today, if you try to locate the building that housed Gandharva Mahavidyalaya in Lahore, no one would offer a clue about its existence. Not even the connoisseurs of music.

Many countries lost their cultural traditions under the onslaught of swift political changes, Japan being one. Punjab has a similar story.

The decline and gradual disappearance of the four major gharanas of Punjab was the collateral damage caused by the Partition of 1947. Ironically, most Punjab-based gharanas had flourished when stalwarts of music migrated from Delhi, after the disintegration of the Mughal Empire in the 18th century. They sought patronage in the riyasats of Punjab region, ruled by the Sikh kings. The  Gurbani kirtan was done in pure ragas, mostly in dhrupad style, on the accompaniment of stringed instruments like the rebab, dilruba and taus and pakhawaj for percussion. Hence gharanas in Punjab developed acumen not only in vocal rendition, stringed instruments and percussion evolved to reach inimitable levels of perfection. Kirtan played a vital role in the propagation of dhrupad gayaki, the Partition caused an irreparable loss to both traditions — dhrupad and kirtan.

When the political upheaval engulfed the region, most well-known musicians were Muslims and their patrons — Sikhs. The religion-based mass migration harmed the artistes the most. In the post-Partition tumult, priorities changed. When sheer survival was a challenge, all arts took a back seat. One expected the government to pay attention to the rich traditions of music which were unique to the land after things became normal, it did not happen. The Green Revolution turned Punjab into one of the most prosperous states, but the cultural impoverishment, caused due to the Partition never received the attention it deserved. The consequences are there for all to see.

Hindustani music had evolved with an aesthetic amalgamation of several streams, if the meditative dhrupad gayaki maintained the pure Vedic tradition, khayal evolved under the Mughal influence. Music had, therefore, no clearly defined religious boundary, its patrons and practitioners were a different story.

The loss of musical traditions of Punjab is a sad tale of brilliance earned through generations of hard work and dedication turned to naught. Late Satguru Jagjit Singhji of the Namdhari sect, who dedicated his life and resources in relocating and rebuilding the lost treasures of music, once sent his men to find a great pakhawaj player, who had migrated to Pakistan. His son, Naseer was found to be living in penury working as a gardener on the other side of Punjab. But, before his father, the well-known pakhawaji of the Punjab baaj died, he had taught his son all that he knew. Many narratives like that of Bhai Naseer resonate at Bhaini Sahib, where maestros are invited to impart knowledge in rare traditions of music to the young students. But such efforts in the state receive no contribution or appreciation from the government.

The textured sounds and their listening play a vital role in all aspects of human life. The evolving soundscape of religion and associated musical rituals of Punjab, once highly sophisticated, lost their link in history. Once broken, these traditions could not get revived due to government apathy. Of the  Kapurthala, Shyamchaurasi, Haryana Dhunga and Talwandi gharanas, little is known now. With the loss of so many diverse traditions of voice and sound cultures, people remain ignorant of the rich emotional response sounds can produce, the void is thus filled by what is known as noise.

Swami Haridas, a saint musician of the 16th century, said to be a disciple of Bhai Mardana and a great dhrupad singer, initiated the training of music to famous musicians like Baiju, Tansen,  Diwakar Pandit, Somnath Pandit and others. Of these, Diwakar Pandit (Suraj Khan) and Sudhakar Pandit (Chand Khan), settled in Punjab and gave birth to four Gharanas; Talwandi, Shyamchaurasi, Kapurthala and Haryana Dhunga. Talwandi gharana is considered to be the oldest gharana of dhrupad singers.

Unfortunately, the kirtan of Talwandi gharana, of pure dhrupad style is practised only by a countable few now. A few disciples at Bhaini Sahib, who learnt the traditional compositions (reetein) from the masters of this tradition sing it. At the time of Partition the gharana was headed by the great dhrupad singer Malikzada Mian Mehar Ali Khan. He, along with his uncle and father in law, Mian Maula Bakhsh had migrated to the  Lyallpur, on the invitation of a wealthy Sikh patron. But when the patron, Sardar Harcharan Singh migrated to India, the family of the great dhrupad singers was left to eke out a living by doing odd menial jobs. They, however continued their daily practice of music and also taught pupils and performed whenever possible.

The now almost-forgotten tradition of Kapurthala began in 1858 when a descendant of Mian Tansen was brought to Kapurthala by Kanwar Bikrama Singh. Late Ustad Vilayat Khan in an interview to this writer had said that Patiala Gharana has been given a place of prominence to the point of exclusion of other gayakis of Punjab like Kapurthala. People, he said, are ignorant of the fact that there is a mazaar of Mir Nasir Ahmed, the founder of Kapurthala tradition, a disciple of Mian Tansen. Today, efforts of a few artistes like Bhai Baldeep Singh with his extensive research has led to recovering the oldest percussion style Sultanpur Lodhi — Amritsari baaj, and the luthiery tradition from near extinction.

The name Shamchaurasi comes from a small town in Hoshiapur district.  Like the artistes of Talwandi gharana, the Shamchaurasi gharana also claim their association with the founder of Talwandi gharana, Ustad Suraj Khan and Chand Khan, disciples of Swami Haridas. Though the roots of these two gharanas were the same, they developed into two different streams. On this side of the border Master Ratan of Phagwara made a name for himself, but the gharana couldn't get over the loss of legendary jugalbandi singers Nazakat Ali and Salamat Ali to Pakistan, whose effortless rendering of khayals was unparalleled. The single-minded dedication of these singers rendered depth to their art and the indefinable aspect of “soulfulness.” Today, Shamchaurasi gharana has lost its identity for want of representatives.

Like the singers of Shamchaurasi gharana, Patiala Kasoor gharana also adapted to khayal with the changing times and tastes, as against dhrupad gayaki that had been the norm for long. Founded by Ustad Bade Fateh Ali Khan and Ustad Ali Baksh Khan at Kasoor, now in Pakistan, the royalty of Patiala were the patrons of the only gharana from Punjab that still retains its distinct identity in public memory. Though, the popularity earned by late Bade Ghulam Ali Khan has not been touched by his descendants, who also rendered semi-classical genres like thumri, tappa and dadra with equal élan, the style known for its rich embellishment  gained popularity for the rendering of intricate but effortless taans. Bade Ghulam Ali Khan also sang for a few Bollywood films like Mughal-e-Azam. His grandsons — Raza Khan and Javaad and Mazhar Khan are carrying forward the gharana tradition.

What should have been done in Punjab for the gharanas has been taken up by ITC Sangeet Research Academy, Kolkata, where Patiala gharana is researched and taught under the traditional guru-shishya parampara — as was followed by the gharanas. Pundit Ajoy Chakrabarty, a disciple of  Munawwar Ali Khan and his daughter Kaushiki Chakrabarty are the star performers of this gharana, apart from the descendents of Bade Ghulam Ali Khan.

Varinder Kumar, from Department of Music, Guru Nanak Dev University, himself a renowned sitarist says, the level of engagement with music that the masters had in the gharanas is hard to find these days, there is some imitation of the lost glory, but the reason for disappearance of these gharanas could also be attributed to lack of innovation, which was the hallmark of the great gharanas of Punjab.

Professor Arvind Sharma, Panjab University, Chandigarh, says, post-Partition several artistes from Punjab left the state because there was no opportunity for their artistic growth which explains lack of popularity of classical music in Punjab. Bade Ghulam Ali Khan also chose to live in Kolkata, after his return from Lahore, where he trained disciples in Patiala gharana. Artistes from other states did not come to Punjab either to contribute to its cultural growth, the way late Kumar Gandharva chose to live in Dewas, MP, and enriched the cultural landscape of the state. Also, several festivals that strengthened the cultural fabric of the region were forgotten gradually, or were turned into platforms of political activity, remarks Sharma.

The efforts of Pandit Vishnu Digambar Paluskar who introduced public-funded education in music and of Vishnu Narayan Bhatkhande, who adapted the western notation system for the preservation of Hindustani classical music, which was essentially an oral tradition, did give a new lease of life to Hindustani classical music, but the new format could not produce maestros. Music is taught in schools and universities to clear exams, it rarely produces artistes, as they came from the line of great gharanas, where they were chiselled under the patience and discipline of super- human rigour of riyaaz.

In its long, turbulent past, Punjab also had the intermittent refrains of softer notes; of melodic sounds produced by sophisticated instruments and its rich tradition of kirtan. In the absence of patronage, either from the corporates or the government, these sounds have faded.