Punjabi Suba: What’s there to celebrate?

The SAD-BJP government is gearing up to celebrate golden jubilee of the formation of modern-day Punjab from October 1 to November 1. 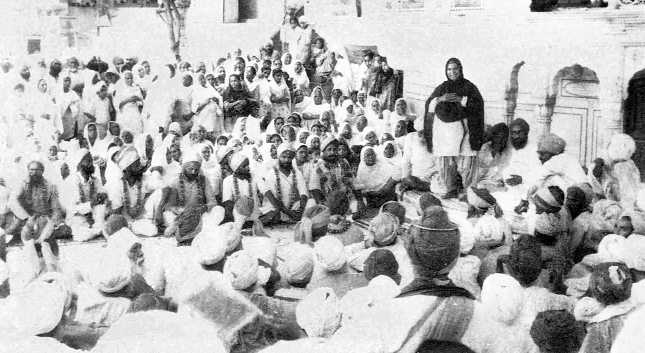 The Punjabi Suba movement evoked widespread response, with thousands of men and women courting arrest. As many as 43 persons died in the agitation. Photos courtesy: Panjab Digital Library

The SAD-BJP government is gearing up to celebrate golden jubilee of the formation of modern-day Punjab from October 1 to November 1. Haryana, which, too, was born on the same day after being carved out of Punjab in 1966, has invited the Prime Minister to preside over the celebrations. However, the question here is: What is there to celebrate for the Punjab Government? There are historical, demographic and cultural reasons for questioning the Cabinet’s decision to hold month-long festivities in the state.

The Punjab Reorganisation Bill was passed on September 7, 1966. After the Presidential assent on September 18, a notification was issued for the implementation of the Act with effect from November 1, 1966, thus creating Punjab and Haryana.

The Shiromani Akali Dal, brain behind these celebrations, had never accepted the modern-day Punjab in its existing form. Opposing the implementation of the Punjab Reorganisation Act on November 1, 1966, Akali leaders protested against it.

History books and other sources have revealed that about a week after the implementation of the Act, Akali leader Sant Fateh Singh, who was spearheading the Punjabi Suba Morcha in 1966, gave a call to all to prepare for another long-drawn agitation to have the Punjabi-speaking areas left in Haryana and Chandigarh transferred to Punjab, besides seeking the control of Bhakra Dam and other hydro power projects and headworks. On November 16, 1966, the morcha was re-launched.  Sant Fateh Singh started sending Jathas of Akali leaders to the countryside to mobilise support. That year, December 12 was observed as Black Day. Sant Fateh Singh announced that he would immolate himself on December 27, 1966, at the Akal Takht where he had started fast-unto-death in the third week of December. His announcement rocked the Union government.

The Centre pressed all its senior ministers, especially Sikh leaders, to deal with the emerging crisis. The then Prime Minister Indira Gandhi invited the Sant for a meeting, but he declined.

She and the President of India appealed Sant Fateh Singh to end his fast. When the Sant refused to yield, Indira Gandhi sent Hukam Singh, a respected Sikh leader, to convince the Sant that there was no reason that Chandigarh should not go to Punjab. Hukam Singh also said the Centre would also appoint a committee to decide the transfer of Punjabi-speaking areas to Punjab from Haryana. Sant Fateh Singh called off his immolation bid an hour before the scheduled time of 4 pm on December 27. Hukam Singh offered him a glass of juice and convinced him to break the fast.

Notwithstanding the commitment made by Hukam Singh on behalf of the Prime Minister to give Chandigarh to Punjab 50 years ago, the stark reality is that neither Chandigarh nor Punjabi-speaking areas have been transferred to the state till date. For the past five decades, Punjab is without its own capital. The control of Bhakra and other dams, besides the crucial headworks, remains with the Bhakra Beas Management Board (BBMB).

Immediately after the issuance of the notification, the Akalis declared it as betrayal of the Sikhs by the Congress because what they actually got in the form of Punjabi Suba was a truncated state.

The Congress had promised to create the state on a linguistic basis at its annual open session in 1920. The promise was made part of the Motilal Nehru Report in 1928.

Reminding the Congress of its promises immediately after independence, the Akalis started an agitation for the creation of the Punjabi Suba, mainly on linguistic grounds. Leaders like Master Tara Singh were expecting “Sikh homeland” from the Congress, but when it resisted, the Akali leaders started demanding a state based on Punjabi language.

The Akalis re-launched a Dharmyudh Morcha in the early 1980s under the banner of implementing the Anandpur Sahib resolution, which included transfer of Chandigarh and Punjabi-speaking areas  and much more. Thousands courted arrest and remained in jail for months, and some for years. Hundreds were killed as the peaceful agitation later turned violent. What happened in the state in the 1980s and 1990s is one of the saddest and goriest chapters in the history of modern Punjab.

Chandigarh was to be the capital of Punjab to compensate it for Lahore, which was lost to Pakistan. However, it was retained as a Union Territory. A number of Punjabi-speaking areas in districts such as Ambala, Kurukshetra, Karnal, Hisar, Fatehabad and Sirsa region were given to Haryana. In the hill region, areas like Nalagarh, Una and Kangra, Lahul-Spiti and Shimla, which were earlier part of Punjab, were given away to Himachal Pradesh. The control of Bhakra Dam, Nangal Dam, Nangal Hydel Channel and hydro-power stations and headworks associated with the main river was given to the Bhakra Beas Management Board.

The management and control over the river waters was taken away from new Punjab. The Punjab High Court became the Punjab and Haryana High Court. Recently, Chief Minister Parkash Singh Badal mentioned that in the agitation for the Punjabi Suba , as many as 43 persons lost their lives and more than 57,000 courted arrest.

For the past 50 years, Punjab has failed to take back the control over Chandigarh. On river waters issue, the Akalis have been saying that the Centre has played a fraud. There has been no transfer of Punjabi-speaking areas to the state. There was an understanding that employees would be posted in Chandigarh on a 60:40 basis from Punjab and Haryana. However, the ratio has been violated recklessly. The number of Punjabi employees has declined significantly. The UT has created its own cadre of employees.

Punjabi, as a language, has no official status in Chandigarh. It is not used in official communication. The language has been denied its rightful place in almost every area of activity in Chandigarh though Punjabis have a dominating presence in the city. The entire decision-making process of Chandigarh is in the hands of the Union government. Until recently, even all signboards in Chandigarh used to be either in English or Hindi.

The demographic region, where earlier Punjabi language, culture and way of life used to hold its sway, has shrunk to a tiny area. One can travel from one end of Punjab to the other within five hours. The hill region of Una and Kangra, Kandaghat, Kasauli, Dharmpur, Kullu, Lahaul-Spiti, Nalagarh and Shimla, which used to be part of Punjab’s diverse landscape, is now part of Himachal Pradesh.

Punjab’s officers used to be posted even in Delhi. The Punjab High Court, which was later rechristened as Punjab and Haryana High Court, had its jurisdiction over the Union Territory of Delhi till October, 31, 1966.

Thus the question once again: What is there for Akalis and the BJP (which in its earlier avtar of Jan Sangh in the 1950s and 1960s), who vehemently opposed the creation of Punjabi Suba, to celebrate as a golden jubilee.

Late Sant Harchand Singh, who remained President of the Akali Dal in the 1980s, had once commented that the then central government had first demarcated the boundaries of Haryana and then of Himachal Pradesh. What was left after creating the two states was given to Punjab.

The political leadership should, in fact, deliberate to find out what has Punjab gained and what it lost in agitations involving the demand of the Punjabi Suba.

Master Tara Singh is one of the stalwarts of Sikh history and pre- and post-Partition Sikh politics. While still a student, he adopted Sikhism, a common practice among Hindu Khatri families then. After graduating from Khalsa College, Amritsar, in 1907, he became a school teacher, which gave him the prefix “Master”. As Congress backed out from the promises made to Sikhs before Partition, Master Tara Singh revived the Punjabi Suba agitation in the mid-1950s. The government banned the slogans in support of Punjabi Suba in April 1955. To defy the ban, Master Tara Singh organised a protest march on May 10.  He was arrested and that marked the beginning of a long-drawn agitation in support of the Punjabi Suba. Master Tara Singh passed away on November 22, 1967.

Sant Fateh Singh started as a preacher in Ganganagar, Rajasthan, but joined Akali politics in the mid-1950s when the movement for Punjabi Suba was building up under the command of Master Tara Singh. His rise was quick in the SAD, but fell out with Master Tara Singh later. In Gandhian style protest, he started a fast-unto-death on December 18, 1960 seeking Punjabi Suba, but ended it on January 9, 1961 following an assurance by the then Prime Minister. He held three meetings with Nehru in February, March and May 1961. However, the exercise remained unfruitful and so did the subsequent fasts, which would end after assurances from the Centre, but failed to elicit desired results. He passed away on October 30, 1972.

Darshan Singh Pheruman fought and laid down his life for the Akali cause, but was never given his due by the Akali leadership. Pheruman resigned from the Army before World War I started. He joined the gurdwara reform movement and was jailed for a year in 1921. Three years later, he was jailed again, this time in connection with the Jaito Morcha. He went to the jail thrice for being a part of the Civil Disobedience Movement. Believing that Sant Fateh Singh had betrayed Punjabis on the issue of transfer of Chandigarh and Punjabi-speaking areas by not fulfilling his promise of self-immolation, Pheruman announced he would observe fast-unto-death on August 15, 1969. He was arrested and sent to jail where he started his fast again. He passed away on October 27, 1969, on the 74th day of his hunger strike.