India’s then Governor-General and Viceroy Lord Mountbatten addressed the nation over All India Radio on June 3, 1947. 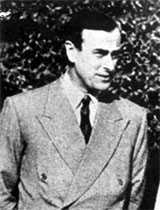 India’s then Governor-General and Viceroy Lord Mountbatten addressed the nation over All India Radio on June 3, 1947. He announced his 3rd June Plan, according to which India would be given independence on August 15, 1947.

Under this Plan, the British would transfer power to two successor authorities — the Congress and the Muslim League. In territorial terms, the dominions of India and Pakistan would remain within the British Commonwealth. British paramountcy over 559 princely states in India would not be transferred to the two dominions and, consequently, would lapse constitutionally. The princely states would be free to join either of the two dominions. The third option of them becoming independent and not joining either dominion was kept open. This was denied to the British Indian provinces.

Those were melancholic times: Khizar Hayat Tiwana's government had resigned in Punjab on March 2, 1947 and communal riots had started in Rawalpindi and other cities of Punjab. Initially, the then Governor of Punjab, Sir Evan Jenkins  (ICS 1920), had thought of inviting the Muslim League leader, the Nawab of Mamdot, to form a government in Punjab, but later he decided against it and Governor's rule was imposed.

After consulting Indian leaders, he made a plan known as DICKIE Bird Plan and sent Lord Ismay, his Chief of Staff, with the plan on May 2 to London which was approved by the British Cabinet. It said that each of the 11 provinces of British India and each of the 559 princely states would be given the option to join India or Pakistan or remain independent. However, Nehru opposed this as he felt that it would Balkanise India, allowing tens of little nation states to emerge. Fearing that opposition by the Congress might end his career, Lord Mountbatten sought advice from the then Secretary of State's Department, VP Menon, who advised that power be transferred to two independent British Dominions, India and Pakistan. This was opposed by Mohammed Ali Jinnah, who wanted referendum in the North West Frontier Province (NWFP) and Baluchistan.

VP Menon had suggested that Mountbatten give an assurance to Nehru and Sardar Patel that Britain would oppose the princely states becoming independent, and instead persuade them to join either of the two new nation states (which would ensure that 90 per cent of them would join India) in exchange for Congress support of a fresh 'reference to the electorate' in the NWFP and Baluchistan. In less than half a day, this new plan was adopted by Mountbatten and presented to Nehru, who was much more receptive. However, in the process, he was successful in getting the proposal dearest to Britain accepted, which meant dominion status for India and Pakistan and the separation of Baluchistan and the NWFP from India and giving that to Pakistan.

Mountbatten now went to London with his final plan of partition and transfer of power. Prime Minister Sir Clement Attlee's Cabinet endorsed the plan, and Sir Winston Churchill (hitherto glowering at every twist and turn of what he saw as Britain's capitulation to Congress) was delighted that India had agreed to dominion status. Mountbatten showed him written evidence of Congress' support. And when told that Jinnah had not yet endorsed the plan, Churchill retorted, "It is a matter of life and death for Pakistan to accept this offer with both hands. By god! He (Jinnah) is one man who cannot do without British help."

As per the plan, a Boundary Commission (eventually headed by Sir Cyril Radcliffe, a London barrister who had never previously visited India), was formed as suggested by Lord Listowel, Secretary of State for India, which was tasked to delineate the precise boundaries between India and Pakistan in the provinces of Bengal and Punjab. Radcliffe had worked with Mountbatten earlier and since he had never been to British India, he was considered unbiased. Both Nehru and Jinnah agreed to the appointment, which was formally approved by the Partition Council. At the time of his appointment, Radcliffe was Vice-President of the London Bar Association.

According to this 3rd June Mountbatten Plan, a referendum would be held in the NWFP (as Nehru had agreed earlier), and another in the Muslim-majority Sylhet district of Assam (the rest of which would remain in India). Remarkably, no referendum was called for the Chittagong Hill Tracts, where non-Muslims (Buddhists, Hindus and Christians) were in a strong majority or for the cities of Karachi or Hyderabad, Sindh, (with clear non-Muslim majorities) as they would almost certainly have voted to remain within India.

Jinnah had deputed Iskander Mirza to start a jihad in the NWFP when referendum was held there in July 1947. Iskander Mirza was a great grandson of traitor Mir Jafar, who had conceded to Lord Clive in the Battle of Plassey in 1757, after taking huge bribes. Iskander Mirza was later rewarded with presidentship of Pakistan in the 1950s.

It can be summed up that seldom any 'plan' in history had such a walloping, nay humungous and searing, effect on humanity as the 3rd June Plan had because it led to the migration of more than 13 million people, savage death to a million innocent, overnight forcible change of religion of about 2 lakh and kidnapping of about 80,000 women.

The tremors generated by that plan are still felt — after 71 years — in millions of households in South Asia.