Home Minister Amit Shah’s call for the revision of the Indian Penal Code (IPC) is being subjected to unnecessary criticism. 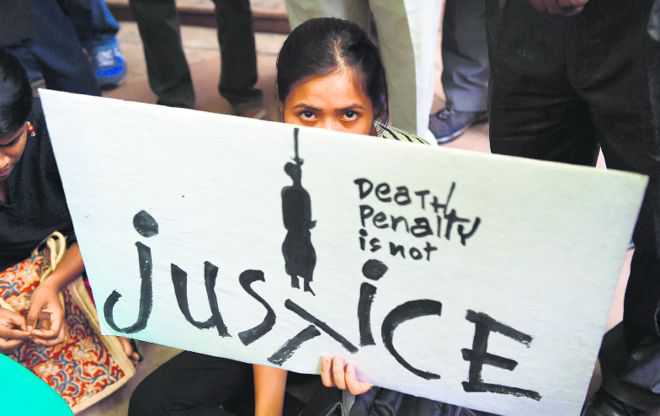 Strike down: Among other changes, the death penalty needs to be abolished. No civilised country has such a provision.

Home Minister Amit Shah’s call for the revision of the Indian Penal Code (IPC) is being subjected to unnecessary criticism. Since criminal law experts have been arguing for major revision of the IPC for decades, the move must be welcomed. Even then President Pranab Mukherjee said in 2016 that the IPC required a thorough revision to meet the needs of the 21st century. The 42nd report of the Law Commission, 1971, had proposed IPC revision, but the amendment in 1972 and 1978 lapsed due to the dissolution of the Lok Sabha. Justice Malimat Committee (2003) also made some recommendations on the reforms in the criminal justice system.

But recent developments such as the enactment of the UAPA and the use of criminal law against political opponents have made some experts apprehensive that the revision would make the IPC further regressive and retributive. The criminal law’s promise as an instrument of safety is matched only by its power to destroy. It is arguably the most direct expression of the relationship between a state and its citizens. In no other branch of law is more at stake, not only for the individual, but also the community.

There is no denial of the fact that the philosophical stance and fundamental principles of Macaulay’s code were the product of a particular time, culture and imperialist policy. Shah is right in saying that some of the concepts underlying the code are either problematic or have become obsolete and therefore we must identify crimes and areas which need reforms.

Experts are aware that criminal justice policy is largely irrelevant in reducing crimes. We need to change the outlook in the matter of punishments and shift our emphasis from the offence to the offender, and also give some consideration to the victim’s perspective.

In 1860, when the IPC was enforced, it was ahead of time, but has not kept pace with changing times. But then, we must concede that it had replaced the dated Mohammadan Criminal Law which had a very close relationship with Islam and thus the IPC laid the foundation of future secular laws.

Criminal law reform must not be guided by retribution and deterrence, but by reformation and rehabilitation. Macaulay had favoured regular revision of the IPC whenever gaps or ambiguities were found. Thus the original architect cannot be blamed for the dismal state of the code.

The IPC is widely appreciated as a state-of-the-art code and was the first codification of criminal law in the British Empire. Today, it is the longest-serving criminal code in the common law world. Lavishly paying compliments to Macaulay’s masterpiece as the new penal code of India, James Stephen had remarked that ‘The Indian Penal Code is to the English criminal law what a manufactured article ready for use is to the materials out of which it is made. It is to the French Penal Code and, I may add, to the North German Code of 1871, what a finished picture is to a sketch. It is far simpler, and much better expressed, than Livingston’s Code for Louisiana; and its practical success has been complete.’

Most Commonwealth nations follow IPC and the Modi government would find it extremely difficult to improve it in terms of precision, comprehensibility and accessibility. Most of the 75 IPC amendments were about enhancing punishment in the penal clauses rather than in the definition clauses.

Some pressing reforms may be mentioned here. Re-examination of sedition law inserted in 1898 is necessary in spite of emotional difficulties due to the intense debate on aggressive nationalism. It is legitimate to ask whether we need a law of sedition which we ourselves condemned during British regime and Sardar Patel himself opposed ‘sedition’ as a ground of restricting freedom of speech under Article 19. Criminal defamation, though upheld by the apex court, has a chilling effect on free speech and should be deleted. Similarly, offence of blasphemy should have no place in a democracy and therefore there is need to repeal Section 295A, which was inserted in 1927. Recently, Punjab expanded the scope of this regressive law and enhanced punishment.

Criminal conspiracy was made a substantive offence in 1913. There are doubts about the need to continue in the code such conspiracy which is punishable merely when two people agree to commit an offence without any overt act following the agreement. The offence is objectionable because it was added by colonial masters to deal with political conspiracies. Justice Fitzgerald observed: ‘The law of conspiracy is a branch of our jurisprudence to be narrowly watched, to be zealously regarded and never to be pressed beyond its true limits.’ Under Section 149, mere membership of the assembly without any participation in the crime is sufficient. In several cases, people were sentenced to death, though most of them were not even present near the scene of the actual crime. Marital rape should be made a penal offence.

On the procedural front, an independent directorate of prosecution should be established. Investigation and prosecution are different functions. Witness protection regime must also be introduced and law of bail should be revised. Insistence on sureties must go. Civilised countries do not have death penalty and therefore we should also abolish it.

Macaulay did confess that ‘India cannot have a free government. But she may have the next best thing, a firm and imperial despotism’. Thanks to our freedom fighters, we are not only a free country, but also a liberal democratic republic. Our penal code must reflect this change. One hopes that the revised IPC would be compatible with democratic values and fundamental freedoms.