More than anything else, it is the ‘square pegs and round holes’ situation in arrests, which mostly sustains a rogue policing structure at the grassroot level. 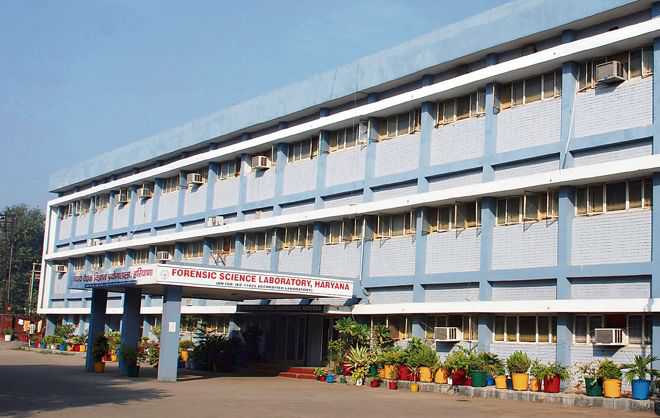 Forensics: More labs will improve the quality and speed of investigations and trials.

More than anything else, it is the ‘square pegs and round holes’ situation in arrests, which mostly sustains a rogue policing structure at the grassroot level. Now, it’s not difficult to appreciate that a rogue version of policing would be vastly inferior to a robust version in terms of trust, legitimacy and public cooperation. It will be anything but fair and democratic. Pitted against the popular estimation, Union Home Minister Amit Shah’s recently proposed recipe of adding more forensic muscle towards better conviction rate, within the existing system, does little to inspire confidence in the police arrests.

Forensics has been a major thrust of the Bureau of Police Research and Development (BPR&D), supposedly the think tank of the Indian Police, since the days of P Chidambaram in the MHA. Parallelly, the Supreme Court has asked the Central Government in a matter related to speedy investigation and trial, ongoing before it since 2018, to work out the expenditure to commission a central forensic science lab in each state (presently there are seven central and 31 state labs). While the new labs will definitely contribute to the quality and speed of both investigation and trial, the square peg of arbitrary arrests will still not smoothly pass through the round hole of legitimate investigation.

Chidambaram, a minister in both UPA governments, today finds himself at the wrong end of the arrest procedure, in a case where his name does not figure in the FIR, and even after he had been questioned by the investigating agencies. The Delhi Police chargesheet against another former UPA minister, Shashi Tharoor, is also baffling. It presents two contradictory accusations against him: one of abetting suicide and the other of murder, both emanating from the same set of facts and circumstances, more than five years after the unnatural death of his wife.

In such a situation, an ordinary mortal is literally at the mercy of far worse arbitrariness and, often, with no respite. Here is the statement issued by the Editors Guild of India on September 2 in one such case: “The Editors Guild of India condemns the Uttar Pradesh government's action of filing an FIR under serious sections of criminal law against journalist Pawan Jaiswal for his report that mere rotis and salt were being served to school children as their lawfully guaranteed mid-day meal in Siyur Primary school, Mirzapur.” Simultaneously, the District Magistrate, Mirzapur, Anurag Patel confirmed the allegations, “The issue has come to our notice and an enquiry was ordered. After the allegations of serving roti and salt were found true, two people Murari and Arvind Tripathi have been suspended and strict action will be taken further.” A fair query would be: Why single out the journalist?

The other day, a young woman committed suicide in front of a police station in Yamunanagar in protest agaisnt the non-registration of an FIR on her week-old complaint of rape. It turned out that a few months earlier, she had willfully eloped with the person who was now being accused of rape and on return had also recorded her statement to this effect before a magistrate. Prima facie, such suicides are the result of social pressure brought on the victim to clear the family’s name. She needed protection of law from this misplaced pressure but instead received cold institutional rebuke. More than the suicide, what exposed the police legitimacy was the resultant criminal case for abetment registered by them, not against her pressure builders, but against the person she had wilfully eloped with. Clearly, tons of judicial precedents, upholding the rights of consenting adults, are of no consequence to the local police.

An arrest should ideally serve the cause of society; otherwise it would only be a wasteful effort. Done objectively, the FIR is so productive a document as to steer the investigation till the very end. Those are the challenges that are often compromised and condoned. Even in a recent high-profile case of the abetment of suicide of a DCP in Faridabad, there are clouds over the sanctity of the registered FIR. As per his suicide note, the IPS officer was under tremendous pressure on account of the threat of blackmail from one of the subordinate SHOs. With over three decades of police service, and obviously well versed in legal protocol, he mentioned no other names and no other reasons in his note. It was a cut-and-dried case, and a wealth of insight too, had they just cared to follow the note to its logical conclusion in all aspects.

The suicide must have startled all concerned no end. The department was staring at a new low in the politically-sponsored staffing system while the citizens were left aghast. Nevertheless, it presented a case study for identifying and correcting the inner fault-lines and conducting counselling sessions for others to avoid personal pitfalls.

Instead, much energy has since been wasted in roping in an editor of a local weekly of over 30 years standing, by inducting his name in the FIR, allegedly to settle scores. Two months before the suicide, his paper had routinely published accounts of police-criminal nexus in the jurisdiction of the deceased officer. Satish Kumar, respected for his fearless exposures of the corrupt administrative practices and political frauds, has since been granted anticipatory bail by the Punjab and Haryana High Court.

With the prospect of more NRC detention centres looming on the security horizon, a recent human rights survey among Haryana jail inmates by CHRI researchers has revealed that a large number of them had been traumatised in police custody with physical, mental and sexual abuse. It would also be in order to bring out the linkages of unaccountable arrests and lingering bail matters with a situation where the jail inmates awaiting trial at any given time, far outnumber the convicted ones. Why should the police arrest all accused persons and oppose all anticipatory bail pleas, and not on merit only? The chaotic system of arrests assumes the role of the proverbial monkey, who in the guile of dividing the bone of contention between two warring cats, himself appropriated the loaf. That be unacceptable, the square pegs and round holes situation, first and foremost!