The Bankruptcy Code will kill ‘Make in India’

The proposed Insolvency and Bankruptcy Bill, 2015, is being brought on the “premise” of “faster release of productive assets”, which is actually an utopia. Nobody seems to be bothered about the fact that almost 45 per cent of our industry is in the MSME sector, which is reeling under severe recession. 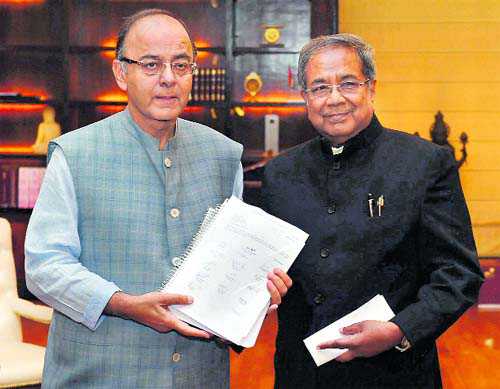 THERE has been a chorus of orchestrated support for the proposed Insolvency and Bankruptcy Bill 2015 in the media and from interested quarters like big business houses, consultants and asset reconstruction companies (ARCs). There has been simply no consultation with those from the micro, small and medium enterprises (MSMEs) sector, small entrepreneurs and industrialists regarding the effect of such a draconian act on the Indian economy.
Most of the MSMEs are promoter-run units, with very little presence of professionals in the organisation due to the high costs. In such a scenario, the so-called “insolvency experts” (who will take over the companies on behalf of  financial instiutions in case of a default as per the proposed Act) will naturally not be able to run the units. The units will be put to auction, which in itself is a long and time-consuming exercise, particularly when the real estate and industrial sectors are in such a bad shape.
In fact, “the productive assets” can be best put to use by the industry they are being used for and by no one else. As per the provisions of the proposed Bill, it seems that even a minor default will lead to the company being placed into the hands of a private “Insolvency Expert” and the company will be dissolved unless 75 per cent of the creditors agree to continue its operations. More drastically, all the workers will be automatically dismissed.
The Bill will only assist minority financial manipulators and will be against the economic interest of Indian business, public sector banks and workmen.
The Bill has been drafted with the mindless attitude that assumes “destruction is liberalisation”. According to a recent article in a financial daily, based on the data obtained from the RBI, Asset Reconstruction Companies (ARCs) have spent barely Rs 3,400 crore to acquire total assets of the book value of Rs 1.89 lakh crore, till date.
This shows that the cosy club of ARCs  have paid only an amount of 2 per cent to acquire the debts. The same has to be contrasted with the approach of the banks towards enterpreneurs and borrowers to whom the banks refuse to give minor adjustments or even short moratoriums.
As per the Government, the present Bill has been necessitated because of the failure of the Board for Industrial and Financial Reconstruction (BIFR), working under Sick Industrial Companies Act  (SICA, 1985, Special Provision), to provide relief or rehabillitation to industry as well as to financial institutions. While the actual cause of BIFR not being able to deliver goods has been the failure of the Government to appoint adequate members on the Bench which delays adjudication of matters. The SICA provides for up to 14 members. Currently (till January 24, 2016), the BIFR Bench has one member.
Banks can easily prevent a company from taking recourse to the BIFR and sell off the assets under the Securitisation and Reconstruction of Financial Assets and Enforcement of Security Interest Act, 2002 (SARFAESI). This empowers banks or  financial institutions to recover their non-performing assets without the intervention of the Court and supersedes any other law. The SARFAESI Act  describes itself to be “a law with stringent provisions”.  Then, do we need yet another law with even more stringent provisions?
In a socialist country like India, the continuous emphasis by the Government and the Finance Ministry is on how fast a business can be closed and the same is being touted as a major step towards Prime Minister's initiative of “Make In India”. How ironical! It is repeatedly being harped upon that now it takes 4.3 years to close a business but after the proposed Act becomes a law, it will only take six months for the closure of a business. It can be pretty well understood that the Act which thrives on “helping to close the business” cannot nurse industry or business back to health. So it must not be passed into a law. The proposed law is a clear-cut mockery of Prime Minister Narendra Modi's Make-in-India initiative.
Surprisingly, nobody seems to be bothered that almost 45 per cent of our industry is in the micro, small and medium enterprises'  (MSME) sector, which is reeling under severe recession. This recession has been induced due to deep industrial recession of the last few years, coupled with the onslaught of cheap Chinese goods. On account of this, the NPA figure, which stood at around  89,000 as on March 31, 2012, have crossed the mark of 5 lakh as on March 31, 2015 in the MSME sector, which is actually the tip of the iceberg. For every declared NPA, there would be several NPAs, which have been kept under wraps.
In such a scenario, should we not be interested in nursing back lakhs and lakhs of MSMEs? Should we just pounce on them, armed with such draconian laws, and murder them for incurring losses due to conditions which were beyond their control?
The prime question is that should our country be run on US-based capitalist economic model? If an industry has fallen on bad times due to various reasons, particularly MSMEs (where usually even the residential house of entrepreneurs/promoters is mortgaged to banks), then should they not be nursed back to health? We should not be in a tearing hurry to take possession of their assets, including their residential houses, throw them on the road and cause the workers engaged to lose jobs.
The Bankruptcy Code is drafted on an assumption that all the borrowers are cheats and the companies must be seized and handed over to private professionals or private insolvency consultants. It does not contemplate the situation that most of the entrepreneurs are genuine and have invested their life-savings and life-work in their companies and sometimes face temporary financial difficulties. It will be better to have reliance on time-tested laws like SERFAESI and SICA, instead of new laws that will simply kill the industry. If at all the Government still wants to go ahead with this Bill, then the MSME sector must be kept out of its purview.
The writer, an engineer, is a small-scale entrepreneur.
SHARE ARTICLE