WHAT is puzzling today is why the decline in exports has continued for the 15th month. 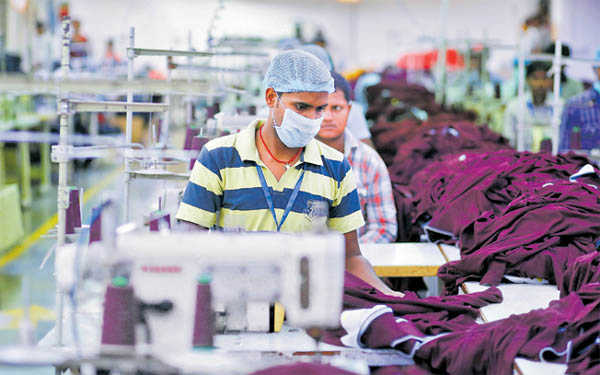 WHAT is puzzling today is why the decline in exports has continued for the 15th month. It is no consolation to be told that this is due to the slowdown in world trade which is projected to grow at 3.9 per cent. A slowdown in India’s exports is serious as it has a direct impact on the income and employment situation in the export industries.

Jobs and trade are figuring in the US presidential campaign also quite prominently, with Donald Trump declaring that he is in favour of a return to protectionism. Others have also followed suit saying that America is not gaining much from being an open economy. While it is true that cheap imports have contributed to a higher standard of living for Americans, people are worried about their impact on jobs.

In the past US outsourced the production of consumer goods to poorer countries with cheap labour. As a result, inflation has been kept at bay with inflow of low-priced goods.  Multinational corporations began their production units overseas and raked in profits on the back of cheap labour and other low input costs in host countries. But while US corporations have become rich, the American blue-collared workers’ wages have remained stagnant. The current perception therefore is that many have lost their jobs to foreign workers who took much lower wages. Today, Trump is calling for protectionism because the US is in need of jobs for its youth.

Already there is a difference of opinion about the US jobless rate, which officially is 5 per cent. But many think that it is much higher because there are thousands who have given up looking for jobs and are not registered with employment exchanges. If you take into account all those who are presently unemployed as well as those who are long-term unemployed, the jobless rate is over 10 per cent.

Jobs are a big issue in every country and that is why there is so much opposition to accepting the recent wave of refugees into the EU and other developed countries. This is because every country is going for robotics and jobs are getting scarce. Wherever industrial processes require manual labour, like in many manufacturing industries of India, jobs can be generated, but unfortunately, jobs are not growing at a rapid rate because the manufacturing sector growth is in the negative. Thus job creation is one point on which the government’s performance is not at par with its performance in other sectors.

In the recent Budget also, there was nothing much said or done to boost exports. Already, the government has brought down the cost of credit through the interest subvention scheme announced in November 2015. Also, 13 export-related government services will be available on a single electronic platform, making it easier for exporters to avail of them. But even so, exports are not picking up. Prime Minister Modi, when he came to power, talked much about ‘Make in India’ and India becoming the next manufacturing hub of the world, replacing China. Clearly, this is not happening. India has not been able to get into the niche China has vacated in world manufactured exports.

It will be a long haul before India can become an exporter of China’s magnitude and importance. China’s share in the global GDP tripled from 3.6 per cent in 2000 to 19.5 per cent in 2015 mainly through exports. India’s share in the global GDP doubled from 1.4 per cent to 3 per cent. China’s is a $10 trillion economy while India’s is $2 trillion. Service exports account for 50 per cent of India’s overall exports that include merchandise and service exports. To get closer to China’s performance, India’s merchandise exports have to increase at a much faster rate. But instead of rising, they have fallen by 16.73 per cent in dollar terms in the April 2015-Februrary 2016 period.

Ever since China’s slowdown and fall in global oil and commodity prices, India’s merchandise exports have been falling. Our exports of refined petroleum products have declined. China’s falling demand for raw materials from India has had a dampening effect. Others in the ASEAN region have also seen their exports fall. But what is strange is that India instead of catching up and producing more manufactured goods,  has been importing more Chinese goods ever since the slowdown began. India’s trade deficit with China was at $44.5 billion in April 2015 to January 2016. While exports to China were only $7.56 billion, imports rose to $52.26 billion. Perhaps it is cheaper to import Chinese goods because of the devalued yuan than to produce the same goods in India especially for the expanding telecom and power sectors.

Hence increasing competitiveness of Indian products is very important. Since 45 per cent of exports come from the small and medium scale sectors, the impact of falling exports is more severely felt on this sector and many have been rendered jobless. There are many reasons for their lack of competitiveness vis-à-vis China and one of them is credit and finance. Various schemes like Micro Units Development Finance (MUDRA) are aimed to provide credit to the small and medium enterprises and Rs 3,300 crore has been allocated to the MSME sector. The export sector also is witnessing a lack of new private investment and innovations.

Job losses in the export sector will add to the worries of the government. India’s job market has been stagnant and between the years 2003-04 and 2010-11 only around 7 million jobs were created. High export growth could provide jobs to women, especially in various handicrafts and handloom industries.

In such a scenario, the government has to take stock of the job situation and go for a massive increase public expenditure to create jobs instead of relying on private investment. There is a clear tendency, even in rich countries, to turn protectionist and buy less foreign made goods. India’s huge demand coming from its rising middle class should be harnessed to benefit our own industries which would lead to job creation. Awareness of our own quality products can turn people away from imported goods. It is no longer possible to depend entirely on foreign demand for boosting exports and foreign investment to create employment in the country. Rise in domestic demand and increase in public investment are needed badly.

After Trump warning, India allows export of Covid cure drug to US

After Trump warning, India allows export of Covid cure drug to US

India had banned HCQ exports but Trump vowed to break all ba...

Mathura fruit vendor arrested for licking bananas before selling them

Staff working at isolation, emergency wards to get safety ge...

Sanitation workers honoured for their services in tough times

Impoverished families claim being left out

All 44 samples test negative in district

Guard of honour given to medical, paramedical staff

Drones used to warn people against going outside in Faridkot

One son of Jamaat attendee, 3 kin of Dera Bassi patient

Power engineers get a pat