The Market: In theory, fact, and lore

FOR proponents of the market as the finest — if not the only — institution that can guide a society to the best of all possible worlds, its virtues are legion, and the stuff of which mythologies are made. 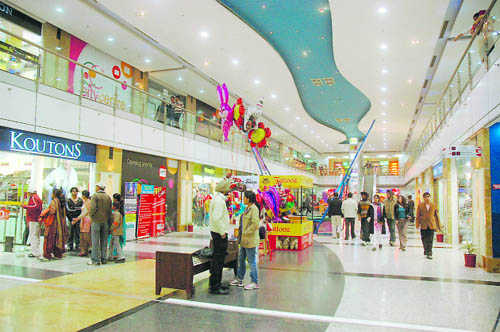 Market lure: The virtues of the market are a part of its proponents lore. It these who share a belief of its functioning among the market’s defenders. Tribune Photo

FOR proponents of the market as the finest — if not the only — institution that can guide a society to the best of all possible worlds, its virtues are legion, and the stuff of which mythologies are made. These virtues include attributes whose precise meaning is seldom clear — either to the advertiser of the virtues  or his intended  audience.  It is thus often put out, in a vague sort of way, that the market, unlike other institutions (in particular the government), is "efficient" and also "fair". Pressed for amplification, "efficiency" in the mouth of the word's user — it often turns out — means something such as that cash transactions might be expected to be disposed of quicker in private-sector banks than in public-sector banks; or that "fairness" could mean anything from "equitableness" in the distribution of the national dividend to a system of rewards according to merit or desert.

More precise advertisers of the market's virtues —  economists and philosophers among them — will of course employ terms such as "efficiency" and "fairness" with greater care. They would suggest, for example, that the market will ensure the emergence of economic outcomes which are such that no one can be made better off without making someone else worse off, and that each factor of production (labour, capital) will receive a share of the economy's aggregate output according to that factor's marginal contribution to the creation of the output. These supposed virtues of the market are a part of its proponents' lore; and whether they are catalogued with greater or lesser precision, they constitute a shared belief of its functioning among the market's defenders, whether these defenders be laypersons or economists or philosophers or just plain ideologues.

If this is the market in lore, what is it like in fact? Often enough it is indeed the case that inter-state bus travel in India is quicker and more comfortable in a transport service provided by a private agency than if one were to depend on vehicles plied by the Public Transport Corporation (PTC) of one's state. Anecdotal examples such as this are often considered to constitute clinching evidence of the virtues of the market. What the evidence does not take account of, however, is the fact that state-subsidised PTCs make bus travel more affordable for poor passengers than commercial for-profit travel agencies; that PTCs will typically ply their vehicles through commercially unattractive routes in order to maximise the coverage of the need to which they cater; and that PTC vehicles will stop at more frequent intervals for exactly the same reason. The market, in fact, is often enough more unlike than like the market in lore. The allegedly superior informational and enforcement advantages enjoyed by the private banking sector are frequently reflected in loan recovery procedures that are distinguished only for their violent, strong-arm tactics. The global financial crisis of 2008 was triggered in the United States by an unregulated, freely-functioning private banking sector subjected to extremely lax public oversight. It is an ostensibly "free" market which has played havoc with the prices of essential life-saving drugs, keeping  the prevention and cure of life-threatening disease conditions effectively and forever beyond the reach of poor consumers.

It is in market-driven capitalist economies such as the US that economic inequality threatens to become a major factor in the destabilisation of a society's cohesiveness: after outstanding work on the subject by economists like Stiglitz, Piketty, Atkinson and Milanovich, the question of the continued sustainability of rising inequality can no longer be ignored by the world.

The virtues broadcast by the lore of the market are frequently, and unjustly, laid at the door of the theory of the market; and as for the facts of the market, these are often moulded out of recognition to fit the theory, in a heroic bid to force Life into an imitation of Art. The "informal" understanding of the theory underlying the market's supposed virtues is to be found in Adam Smith's account of the Invisible Hand of private rationality and self-interest which, it is suggested, leads to a spontaneous order of collective optimality, in which economic allocations are arranged in such a way that an improvement in any one person's welfare can only be achieved at the cost of reducing some other person's welfare. (This outcome has subsequently been characterized as "Pareto efficiency", after the Italian sociologist Vilfredo Pareto.) Private egotism, in this view, will lead to public beneficence.  It has taken years of hard analytical work in the fields of Welfare Economics and General Equilibrium Theory to distil this piece of folk wisdom into something like a set of formal propositions in terms of which the "Invisible Hand" account of the economy could make sense.

The First Theorem of Welfare Economics states that, under certain well-defined conditions, a competitive equilibrium, namely a set of market prices under which aggregate demand and aggregate supply will be perfectly balanced in an environment in which no agent is 'big' enough to influence prices by herself, will be Pareto efficient. There is no suggestion that such an equilibrium will be equitable or just. Indeed, the Second Theorem of Welfare Economics makes it clear that the equitableness of the competitive equilibrium will depend profoundly on the equitableness of the initial endowment of goods and services among the economy's agents.

Regrettably, both proponents and opponents alike of the market have tended to ignore the nuances of this theoretical work. Typically, proponents tend to gloss over the precise conditions under which the First Theorem holds. These conditions would include the empirically unlikely contingencies of an absence of "externality" (which requires that individual consumption and production decisions are unaffected by the actions of others), and the availability of perfect and symmetric information about both the future and the quality of products transacted in the market. Opponents of the market tend to treat theory as apologetics for the market, as an elaborate and arcane system of mathematical mumbo-jumbo erected in order to protect the imagined virtues of the market in an impenetrable armour of logical formalisms. As it happens, theory is the most effective pointer to the limitations of the market. This is skillfully demonstrated by Anjan Mukherjee, a distinguished former professor of the Jawaharlal Nehru University (JNU), in an essay titled Market Failures: Almost Always?, written in honour of another distinguished former professor of the JNU, Satish Jain, in a book titled Themes in Economic Analysis (Routledge, 2016). Mukherjee shows that asymmetric information can threaten the very existence of a competitive equilibrium, while externalities can threaten its efficiency. Ironically, it might require suitable regulatory action from government, or/and appropriately 'moral' behavior from agents which departs from the standard model of egotistic individual rationality, to get the market to deliver. This is paradoxical, given the mental apparatus of General Equilibrium Theory's typical “rational agent”, which two of its finest exponents, Kenneth Arrow and Frank Hahn, characterized in terms borrowed from the poetry of William Butler Yeats: “A levelling, rancorous, rational sort of mind/That never looked out of the eye of a saint/Or out of drunkard's eye.”

As for our own economy, we have no cause for complaint: it is a just and impartial mix of market failure and government failure.

The writer is a retired Professor of Economics.