These are crimes of our times

A Rajkot professor was arrested last week for faking his mother's suicide. 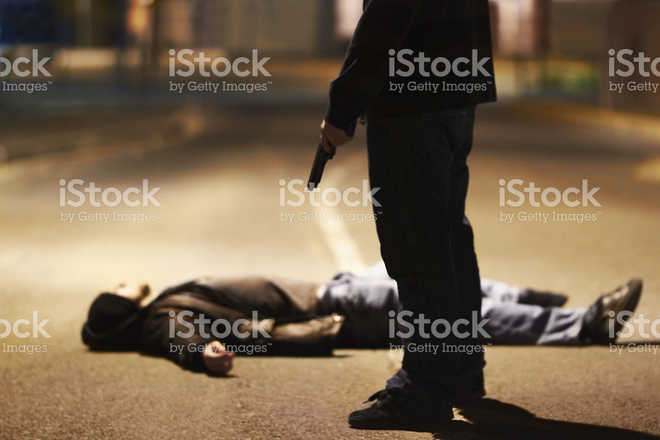 A Rajkot professor was arrested last week for faking his mother's suicide. He is accused of pushing her off the terrace of his building three months ago and then claiming she committed suicide. The crime came to light recently after the police received an anonymous letter along with CCTV footage, which showed that the mother had been too ill to climb the staircase or the terrace wall on her own and had to be helped around by her son, just prior to the incident. The accused has confessed to having murdered his mother because he was 'fed up' of her illness.

Rewind to Nagarkurnool, a town near Hyderabad, a few weeks ago. A nurse and mother of two, along with her paramour, killed her husband by first anaesthetising him and then bludgeoning the poor victim to death and finally dumping his body in a forest. Later, she rubbed acid on the face of her paramour, and admitted him to a hospital for burn treatment and plastic surgery, claiming he was her husband, who had been attacked with acid by unidentified assailants. Soon, the story crumbled as the husband's family began suspecting the identity of the imposter and the police nabbed the lovers.

While these cases have not made sensational headlines nationally, the gruesome murder of Pradyuman Thakur at Ryan International School, Gurgaon, has been in the news since September. Initially, a school bus helper was detained and accused of killing the seven-year-old after sexually assaulting him, but the case took a dramatic twist when investigations led to the arrest of a Class XI student of the school in November. The motive turned out to be almost too shocking to be true — the juvenile was said to have randomly killed Pradyuman because he felt the murder would shut down the school and he could thus avoid giving his exams which he was unprepared for.

What is most striking about these revolting crimes is that the alleged motives are important indicators of the huge social changes that have taken place in Indian society post liberalisation. It is a well-known phenomenon that as countries urbanise and industrialise, crime escalates. But what seems to have happened in the case of India is that this rapid transition began happening just when a hitherto unprecedented level of consumerism was gripping the world. Simultaneously, mobile telephony, the internet and social media acted as tremendous force-multipliers in laying the foundation of today's narcissistic and self-perpetuating culture of aspiration and gratification.

For two decades now, every strata of society is being exposed to everything that is floating around — from products and services to ideas, information, philosophies and values, leading to a huge social flux that has generated contrary impulses and total cultural and moral confusion. While globalisation and technology has taken the world into the most prosperous and enlightened era in history and been hugely beneficial to mankind, it's also put human nature on a hair-trigger that can be squeezed any time — either by the overpowering urge of achieving instant gratification or the cold fury of punishing non-gratification.

That's exactly why we see the kind of crimes mentioned above, where moral, social, emotional, cultural values which once acted as brakes on desires, behaviours and actions of individuals, no longer seem to function as deterrents.

The conventional culture of looking after old parents did not stop the Rajkot professor from staging the suicide of his ailing mother. If there was domestic disharmony, why didn't he consider the options of hiring a caregiver or moving her to an old-age home? Prohibitive costs, maybe? Then why not abandon her, as many in India do quietly? Social stigma, perhaps? Or did he think it more humanitarian to kill her given her condition — a kind of euthanasia?

Extra-marital affairs for a woman, especially a mother, were unthinkable in India not so long ago. However, like many men and women today, the Nagarkurnool nurse did not let that cultural taboo get in her way. Fair enough. But why kill her husband instead of seeking a divorce? Possibly, she feared he wouldn't agree or it would take too long. Also, she wanted his property. Hence, the acid and plastic surgery route to substituting her husband with her paramour. But what made them believe they were smart enough to pull it off? How did the paramour agree to have his face burned with acid, undergo plastic surgery and spend the rest of his life as someone else? Also, setting aside the moral dimension, why didn't the fear of getting caught act as a deterrent? Was the craving for gratification so strong?

However, it's Pradyuman Thakur's murder by a juvenile that truly reveals the extent to which we as a society have become amoral and expedient in our outlook. Just how did a Class XI student get the morbid idea that murdering an unknown child is alright, that too as a solution for something as trivial as ducking an exam? It's got to have something to do with the moral, social, cultural zeitgeist of our times. The murder has at once got a surreal and Darwinian quality to it. Surreal like in a video game in which killing is a casual, impersonal act as a part of winning (or not losing) and Darwinian in its logic that the strong may kill the weak for the purpose of survival.

Finally, what's chilling is that these murders were committed by ordinary, educated middle class folk. It's a frightening thought that today's zeitgeist — a cocktail of unabashed pursuit of gratification, unchecked aspiration and the legitimisation of amoral expediency — has the potential of making criminals of anyone of us.