It’s time for the preparation of next decennial census in India, due in 2021. 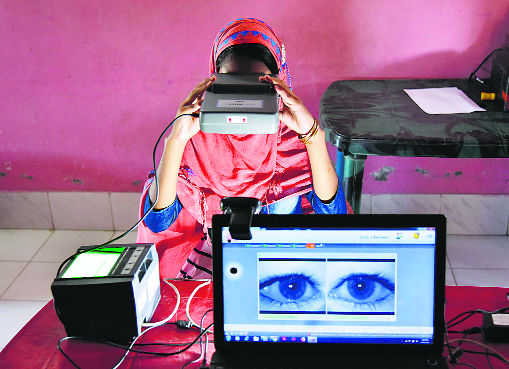 Updated Information: We already have an Aadhaar-centric database.

It’s time for the preparation of next decennial census in India, due in 2021. Home Minister Amit Shah has already announced that the Census 2021 will be a digital exercise, with a shift from the ‘pen-paper’ method used previously by enumerators. This is a welcome move. Shifting from the pen-paper era to the digital era is the call of today’s digital world. In addition, during the last two decades or so, many countries have shifted towards using data from various administrative registers, mostly from government sources, to produce useful statistics. And there is an indication of the changing direction of census in this country as well.

The Home Minister has asked the officials to frame a plan to use the databases of Aadhaar card, voter card, etc to combine them into the census database. This is certainly a ‘must do’ procedure in today’s world — that of using the various existing government registers to carry out the census. And this has been widely practised in different countries worldwide.

Austria’s 2011 Census, Germany’s 2011 Census, Switzerland’s 2010 Census, Singapore’s 2000 & 2010 Censuses — all were register-based. The Netherlands implemented virtual censuses from 1981, using the Population Register and surveys. Register-based censuses are also carried out in the Nordic countries, like Norway, Finland, Sweden and Denmark. Greenland and Bahrain, too, conducting register-based censuses. Estonia, perhaps, the most digitally advanced country in the world, had a combined census methodology using several registers along with an e-census in 2011, and they will have a completely register-based census in 2021. The United States Census Bureau’s website reads, “Smart use of administrative data is just one of the promising innovations planned for the 2020 Census. By reusing information that people have already provided, we can improve accuracy and reduce the need for census takers to knock on doors, saving time and money.” For the last around two years, I have also been batting in favour of a register-based census in our country as well.

Such a census exercise has several advantages. First, it is far cheaper to implement. The 2001 Austrian census cost 72 million euros, whereas the cost of a register-based census dropped to 10 million euros. In addition, it reduces the high burden for respondents.

Based on the system, infrastructure and availability in different countries, registers like the integrated data bases for persons, families, households, buildings and dwellings, locations of work, data from the municipalities, geo-information statistical databases and interactive maps, registers for jobs file, self-employment file, fiscal administration, social security administration, pensions and life insurance benefits, school admission statistics, different types of tax records, health and hospital data, etc are used for producing census data. In addition, these may be supplemented by some properly designed small-scale sample surveys. For example, in Switzerland, sample surveys of about 5 per cent of the population are conducted for producing census data, in addition to using several registers.

Then, the UK has planned to move one step forward. The next British census is also due in 2021, and, incidentally, that would be the last census of that country. In 2014, the UK government had announced that the decennial census beyond 2021 would be replaced by statistics produced by more regular and timely administrative data like council tax records, school admission statistics, tax records or National Health Service data — at a lower cost and on a more frequent basis. Thus, in effect, after 2021, the UK will harvest the data people leave behind in their everyday lives. The executive director of the Royal Statistical Society believed that the UK government had ‘made the right call’.

I prefer to call it a ‘dynamic census’, which would keep on updating the census database at every moment — with every social, economic and demographic activity and events in everybody’s life and lifestyle. Such a ‘dynamic census’ database will be useful to provide the most updated required information about any parameter at any point of time, and will be immensely helpful in national planning and activities.

And, unlike the UK, we already have an Aadhaar-centric database. Amit Shah has indicated a few such points in our context — like opening the possibility of enhancing delivery and reach of welfare schemes and services to the right beneficiaries, automatic inclusion in the electoral list once an individual reaches age 18, etc. Such possibilities are limitless. For example, if the deaths are automatically registered in the database at the time of cremation, it will reduce the burden of furnishing ‘life certificates’ for pensioners, and ‘death certificates’ for various reasons.

Certainly, it is not an easy task to combine the data of all such large registers, with the possibility of several possible discrepancies and mismatches in the records. There are possibilities of errors in implementing register-based censuses, while combining several registers. But we shouldn’t forget that there are sizeable errors in the census data based on complete enumeration in most places across the globe — even a moderate value of 2 per cent error is widely acceptable in censuses.

As India has no such plans yet for using registers for census methodology, it might be difficult to say how and with what rigour this can be implemented as early as in 2021. Also, as the National Population Register is also planned to be updated alongside Census 2021, it is certainly difficult to bypass the complete enumeration in this exercise.

The Home Minister is right: the census must not be taken as a onetime, routine exercise — rather it would function as the “building block for scientific planning of the future economic development in the country.” Let the 2021 Census be the last one to be traditional enumeration-based. The government’s intention to upgrade the methodology and database is in the right direction. Now, it’s up to the officials, data scientists and big data analysts to deliver.