When future of Punjabi language was secured

On the 50th anniversary of the birth of a Punjabi-speaking state, it is important to capture the significance of that momentous day in the long history of the language of Punjabi people. 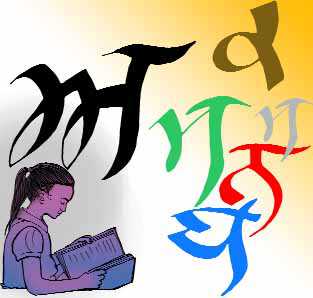 Struggle for status: Maharaja Ranjit Singh made serious efforts to encourage the teaching of Punjabi. However, even he did not give it the official status.

On the 50th anniversary of the birth of a Punjabi-speaking state, it is important to capture the significance of that momentous day in the long history of the language of Punjabi people. Punjabi has been one of the important languages in the Indian sub-continent for a long time along with Hindi, Urdu, Bengali, Telugu, Tamil, Marathi, Gujarati, Sindhi and Assamese to name a few. However, the official status and state patronage had escaped this language due to a diverse set of reasons until November 1, 1966.

Punjabi belongs to the Indo-Aryan group of languages with roots in the ancient Sanskrit language but with an unusual tonal structure that gives it a distinct status. The Sufi poetry of Baba Farid (1173-1266) can be more reliably considered as one of the early literary creations of great significance in the Punjabi language. Guru Nanak (1469-1539) raised the status of this language to a new height by using it to communicate his ideas. Rejecting Sanskrit (which used to be called dev bhasha, the language of the gods), he used Punjabi (lok bhasha, people’s language) to communicate his egalitarian teachings. The spiritual stature of Guru Nanak enabled the Punjabi language to rise to a new status as a sacred language.

Guru Angad (1504-1552), immediate successor of Guru Nanak, further enriched the language by developing its Gurmukhi script. The holy scripture Adi Granth compiled by fifth the guru, Guru Arjan Dev (1563-1606), had poetic contributions from many  languages, but since its major part was in Punjabi, it became a major milestone in the evolutionary progress of the language. During the entire Mughal period, Punjabi made tremendous strides through the marvellous poetic contributions of Shah Hussain (1538-1599), Sultan Bahu (1628-1691) and Bulleh Shah (1680-1757) but had no official patronage.

When Ranjit Singh established a sovereign Punjabi kingdom in 1799, he did make serious efforts to encourage the teaching of Punjabi. According to some accounts, he ensured that every household was supplied with a free qaida, a primer of Punjabi language. As a result, there was massive increase in literacy, especially female literacy, in Punjab. One estimate, perhaps an exaggeration, suggests that there was nearly 100 per cent literacy by the end of the Punjabi kingdom in 1849. However, even Ranjit Singh did not give the official status to Punjabi in spite of it being a highly developed literary language. The Persian language continued to be the language of the court and official administration. Since no formal explanation of this contradictory approach by Ranjit Singh to Punjabi language — promoting its use but not giving it an official status — is available, we can merely speculate that it could be due to sheer administrative convenience that the use of Persian continued for official purposes.

When the expanding British Empire annexed Punjab in 1849, the new rulers systematically discouraged the use of Punjabi. One dramatic account illustrates this. Through a public announcement, people were asked to surrender weapons such as a sword if they possessed and also the Punjabi qaida. A poster available in Lahore Museum states: “Two annas for a sword and six annas for a Punjabi qaida”. This means that the compensatory award for returning a sword was two annas but that for a Punjabi qaida was six annas. The confiscated qaidas were publicly burnt. The colonial rulers feared the empowering potential of the people’s language more than the weapons they possessed.

According to Prof Tariq Rehman, a renowned Pakistani linguist, the suppression of Punjabi and the imposition of Urdu, the language of central Indian provinces, in Punjab was a deliberate political act by the colonial rulers to disempower the Punjabis.

The colonial rulers tried to promote Christianity, and for that end they even made use of the Punjabi language to reach people. A Christian mission in Ludhiana was helped to establish the first Punjabi printing press in 1835, and the first Punjabi dictionary was published in 1854. The effort to promote Christianity was resisted by all the three main religious communities in Punjab. However, this resistance instead of uniting them against the colonial designs ended up sharpening religious divisions in the Punjabi community and eventually harmed the cause of Punjabi emerging as a common language of all Punjabis.

This religious polarisation eventually resulted in the partition of Punjab and a further damage to the emergence of a composite Punjabi identity with language as a commonality. The bigger part of Punjab — both in territory and population — went to Pakistan, where the dominance of Urdu has become the biggest constraint to the development of Punjabi. The Punjabi elite, which controls power in Pakistan Punjab, does not want to promote the Punjabi identity due to the fear that this might provide further stimulus to other linguistic identities such as Sindhi, Pashto and Balochi to weaken their ties to the Punjabi-controlled centre.

In the Indian Punjab, despite many hurdles created by the religious polarisation during the colonial period and exacerbated further by sectarian organisation in the post-colonial phase, the struggle for a Punjabi-speaking state eventually succeeded in 1966. There were drawbacks in the new reorganisation regarding the capital city for the new state and the control over water and electricity resources. However, despite these severe drawbacks, the Punjabi language became for the first time in history the official language of the administration and a necessary subject for passing school and college examinations. At least two new generations of Punjabis have grown up reading Punjabi whose parents and grandparents had never studied Punjabi. These new generations are discovering the beauty of Punjabi poetry and the richness of Punjabi prose. The enormous strides Punjabi is making in music, cinema and popular culture could not have been possible without the official state recognition and support. Sometimes languages suffer severe decline and in some cases even die out due to lack of state support. In India itself, Maithili and Bhojpuri were once thriving languages but since these are not the official language of any state, there has been a massive decline, if not complete extinction, of these languages. The speakers of these languages have suffered in ways that is beyond quantification.

For any people, their mother tongue is critical to their self-esteem, identity, creativity and human development.  Rabindranath Tagore was once asked why he got the Nobel Prize for literature and Allama Iqbal did not. Tagore replied, “Probably because I write in my mother tongue and Iqbal doesn’t.” Tagore summed up brilliantly the importance of the mother tongue for one’s creative expression.