Why Jinnah’s portrait hangs in AMU

there’s a lot that human ingenuity or craftiness can amend and change but not history. 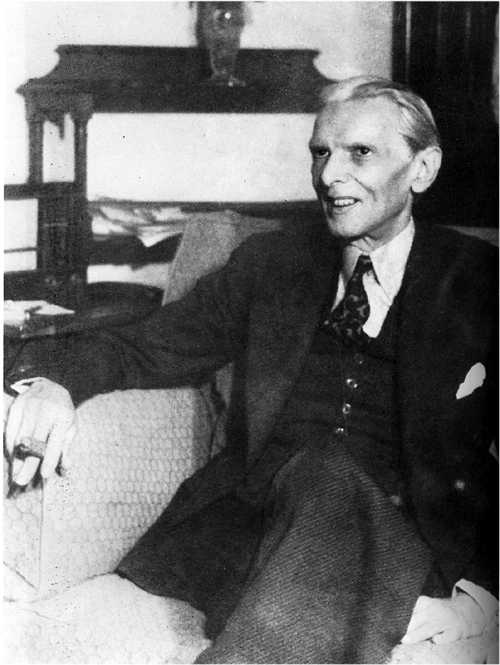 Dhere’s a lot that human ingenuity or craftiness can amend and change but not history. What's happened cannot be undone. You can, of course, deny historical truths, but that's only self-deception. In the end, you only succeed in making a fool of yourself. The informed or the aware are never taken in.

I'm afraid this is precisely what the movement led by Satish Gautam, the BJP's Aligarh MP, the Hindu Yuva Vahini and the ABVP against the hanging of Jinnah's portrait in Aligarh Muslim University amounts to. It's a myopic attempt to reverse history and deny certain truths about Mohammed Ali Jinnah.

First of all, the Jinnah of the first three decades of the 20th century was a very different person to the man the Pakistanis call Qaid-e-Azam. He was one of the most important and highly regarded members of the Congress Party, which he joined in 1906. At the time, it was said, he acted as Dadabhai Naoroji's private secretary. He joined the Muslim League only in 1913, having pointedly refused to do so at its foundation.

In 1916, when he helped forge the Lucknow Pact, Sarojini Naidu called him "the Ambassador of Hindu-Muslim Unity'. In fact, the designation was possibly coined a few years earlier by Gopal Krishna Gokhale, who also considered Jinnah "free from any sectarian prejudice". Indeed, it was Jinnah's opposition to Gandhi's Khilafat Movement that started his break with Congress. He found the intermingling of religion and politics unacceptable.

Jinnah was also one of the foremost lawyers of his time. In 1908, he defended Bal Gangadhar Tilak against the charge of sedition for the first time. He did so again in 1916. The case was lost on the first occasion, but spectacularly won on the second. Had Jinnah lost, Tilak could have ended up in the penal colony in the Andamans.

In the 1930s, when he left India, temporarily turning his back on politics, he established himself as one of the leading lawyers in London. At the time, he was the only Indian to do so. In the eight decades since, a mere handful have been able to emulate him.

This is the background against which the Students Union of Aligarh Muslim University offered him life membership in 1938. This is why his portrait hangs in their office. Yet, these facts are either unknown to or ignored by Gautam, the Hindu Yuva Vahini and the ABVP. But if you want to be truthful to history, these facts cannot be forgotten or overlooked. If anything, these are facts that Pakistan finds difficult to reconcile with.

However, it's not just Jinnah's politics of the early decades of the 20th century that is being ignored by the Aligarh protesters but also the values and principles he practised in his personal life. Though Muslim, he married outside his religion, at a time when such unions were not just unusual but also unwelcome. In fact, Jinnah and Ruttie, his wife, eloped. He openly ate pork and drank whisky, unconcerned about the mullahs and their orthodoxies. And he was one of the most smartly dressed men of his time, famous, in particular, for his co-respondent shoes. In many ways, this image of Jinnah is more likely to resonate with modern urban Indians than Gandhi's goat milk-drinking vegetarian austerity.

Even at the very moment of Partition and the foundation of Pakistan, you could argue that Jinnah remained true to the values of secularism and religious equality. In his famous speech of August 11, 1947 — which today Pakistan finds embarrassing — he said: "You are free; you are free to go to your temples, you are free to go to your mosques or to any other place of worship in the State of Pakistan. You may belong to any religion or caste or creed that has nothing to do with the business of the state … there is no discrimination, no distinction between one community and another, no discrimination between one caste or creed and another. We are starting with this fundamental principle that we are all citizens and equal citizens of one State."

This is undoubtedly why LK Advani in 2005, when he visited Jinnah's mausoleum in Karachi, wrote the following eulogy in the visitor's book: "There are many people who leave an inerasable stamp on history but there are very few who actually create history. Qaid-e-Azam Mohammed Ali Jinnah was one such rare individual. In his early years, Sarojini Naidu, a leading luminary of India's freedom struggle, described Jinnah as an 'ambassador of Hindu-Muslim unity'. His address to the Constituent Assembly of Pakistan on August 11, 1947, is really a classic, a forceful espousal of a secular state in which, while every citizen would be free to practise his own religion, the state shall make no distinction between one citizen and another on grounds of faith. My respectful homage to this great man."

Interestingly, it's not just Advani, who the BJP has banished to its Marg Darshak Mandal, who thinks highly of Jinnah. So too, it appears, do members of the Uttar Pradesh cabinet. Labour Minister Swami Prasad Maurya reportedly called him a "mahapurush". He added: "Jin bhi mahapurushon ka yogdaan is rashtra ke nirmaan mein raha hai yadi un par koi ungli uthaata hai to bahut ghatiya baat hai … (It is shameful for anyone to point a finger on great leaders who contributed towards the formation of the country)."

In fact, the truth is that Jinnah was not even the original architect of the two-nation theory. VD Savarkar propounded it some three years earlier in his presidential address to the Hindu Mahasabha in December, 1937.

So now, when Javed Akhtar joins the tirade against the Jinnah portrait and tweets "it's a shame that his portrait is there", it seems he too has chosen to avert his eyes from the truths of history. The Hindu Yuva Vahini and the ABVP could plead ignorance or deliberate forgetfulness. Akhtar cannot.