Why Modi endears himself to urban middle class

After five exhausting rounds of polling, and no clearly discernible wave either for or against Modi, there is endless speculation about which states, communities, castes and sections of the populace might or might not have voted for him. 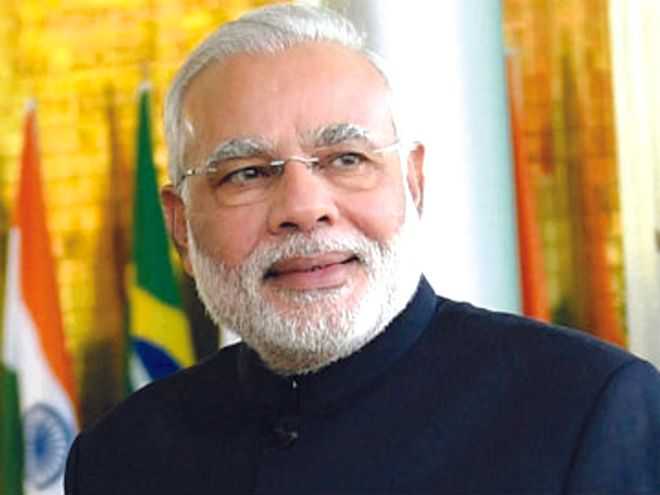 Aura: Thanks to the unrelenting hype around Modi in mainstream and social media, he has grown into a larger-than-life figure.

After five exhausting rounds of polling, and no clearly discernible wave either for or against Modi, there is endless speculation about which states, communities, castes and sections of the populace might or might not have voted for him. It is generally agreed that Modi remains popular and might return to power with a much-reduced majority. There is also a grudging acceptance that Modi has spectacularly failed to achieve anything worthwhile in his first term vis-à-vis all the tall promises of achhe din made in 2014, despite having a single-party majority. Yet it is also amply clear that if there is one category of voters which remains besotted with the PM, it is the urban middle class.

This is particularly intriguing because if Modi has failed anyone the most, it is this category of well-educated, English-speaking, well-off city folk who work in white-collar jobs or as professionals or run businesses — people like 'us' who expected miracles. But ask anyone, and they would be hard-pressed to pinpoint a single significant way in which our lives are better today than they were in 2014. No smart cities have materialised; far from experiencing an unprecedented boom in business and industry, growth has plummeted or remained stagnant; lifestyles have not improved nor have living conditions, state of governance or public infrastructure.

And still one finds the maximum blind support for a second term for Modi among this otherwise quick-to-be-disillusioned urban middle class. Although the enthusiasm has dropped, as is evident from the lower voting percentages in cities and metros, the Indian bourgeoisie seems once again to have cast their ballot in the PM’s favour. The terms of this endearment between Modi and the urban middle class are not far to seek.

1) Media build-up: The urban middle class is the largest consumer of the omnipresent media today, whether in terms of TV news, social media, entertainment and trends. Such has been the unrelenting hype around Modi in mainstream and social media since 2013 that he has grown into a larger-than-life figure, with a magnification quotient that is nowhere close to reality. Simultaneously, the lack of any serious critical assessment has led to his deification. Worse, there is an element of pure luck that media fatigue has not set in, despite over-exposure. This could happen any time now, but sadly, he may have won a second term by then.

2) Muslim-bashing: The one thing that has been the centrepiece of Modi’s aura is his reputation as someone who showed Muslims their place during the Gujarat riots in 2002. With his unapologetic baiting of Muslims since then and his refusal to uphold secularism and follow raj dharma even after becoming PM, he appeals to the inherent bigotry of the urban middle class, brought up to believe Muslims as arch-enemies of India, responsible for centuries of Mughal rule, Partition and terrorism.

3) Churlishness: Surprisingly, a large section of the urban middle class is voting for Modi in 2019 again out of pure churlishness, because they hate to admit that he has let them down big time by fulfilling none of his tall promises. They refuse to accept their gullibility in 2014, of having put their faith in his claims of being a super-leader who could make miracles happen. That is why we hear their stubborn, defensive refrain that he needs another term to change India.

4) Congress-Gandhi family hatred:  Quite justifiably, there are accumulated grievances and a strong streak of hostility towards the Congress, which has ruled India for over 50 years and thus been held responsible for the country’s inability to become a developed, prosperous country yet. Then there is the angst against the ‘dynastic’ hold of the Nehru-Gandhi family, complicated further by the ‘foreign’ origins of Sonia Gandhi, making Rahul Gandhi unworthier still in many eyes. The pro-Modi vote is often an anti-Gandhi vote. However, what makes this particularly ironical is that it is today’s upper middle class which has benefited the most from policies of successive Congress governments since Independence and itself unabashedly practises dynastic succession in profession and business.

5) Faulty understanding of liberal democracy: Deep inside, the urban middle class believes benevolent dictatorship as the answer to all problems. There is little understanding of the nuances of liberal democracy because the majority in the middle class is educated in narrow curricular terms, but is lacking in a wider knowledge of history, politics, humanities, literature or even current affairs beyond India. WhatsApp and other social media have compounded this illiteracy through right-wing factories supplying misinformation, fakery and whataboutery.

6) Chauvinism and toxic nationalism:  Over 80 years of slow poisoning of the minds of middle-class Hindus by the right-wing, accelerated since the demolition of Babri Masjid, have finally produced a generation of chest-thumping chauvinists, addicted to toxic nationalism. Their indoctrination is complete with the Modi cult and accompanying hate politics of the last five years.

7) Upper-class arrogance: The macho, desi, humble-origins image of Modi typifies the basic arrogance of both types of Indian upper middle class — the traditional upper caste and the neo, self-made entrants since liberalisation. They identify with his I-me-myself, self-laudatory bombast and his muscular, combative rhetoric against adversaries. They love, even more, his ability to play victim, despite being the most powerful man in India. And they also probably admire his ability to take audacious liberties with the truth and get away with it.

Of course, it remains to be seen whether their votes manage to crown him king again.