DODA: The police highhandedness in Kishtwar district has incurred huge loss to a filling station in the town as the police are not allowing any customer to enter Malik filling station situated near Chowgan, Kishtwar. 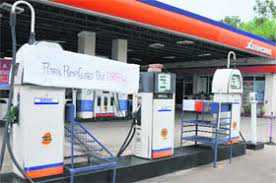 The police highhandedness in Kishtwar district has incurred huge loss to a filling station in the town as the police are not allowing any customer to enter Malik filling station situated near Chowgan, Kishtwar.

Sources said for the past four days, the police have deployed special operation group (SOG) members outside the filling station who are not allowing the customers to enter the station to fill their vehicles. “On September 8, the SOG members came and installed barbed wires outside the filling station saying they had input of a terror attack on the police establishment near the petrol pump. People also became worried that it might be true as during the last one year there were two terror incidents in Kishtwar town,” said a source.

The issue has been raised with the Divisional Commissioner and the Inspector General of Police (IGP), Jammu, by the Petrol Pump Association president in Jammu but so far no action has been taken as no customer is allowed to enter the filling station.

The police have agreed to pay Rs 8.5 lakh but the filing station owner is not willing to give any fuel to the police anymore.

“Our petrol pump has remained closed for four days and it will not serve any purpose if the police pays only Rs 8.5 lakh. The police should pay the entire amount,” an employee of the petrol pump said.

He said even after assurance from the IG, Jammu, to lift security from the filing station nothing has been done and the filling station is still closed.

On being questioned, the SSP, Kishtwar, Harmeet Singh, said, “I am not aware of the matter.”