“Nice haircut” I remarked to Mandy. “So, you did use the discount coupon that you purchased online, hmm?” 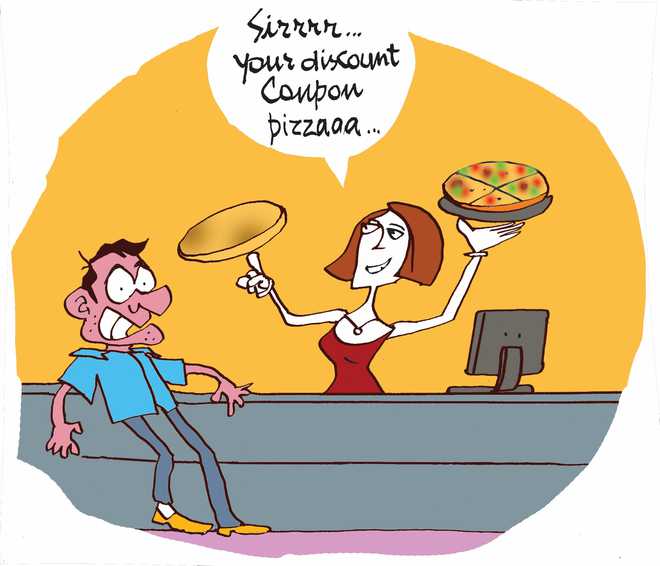 “Nice haircut” I remarked to Mandy. “So, you did use the discount coupon that you purchased online, hmm?”

Mandy snorted: “The coupon experience turned out to be just awful!”

“Well, after I purchased the discount coupon that this salon was peddling, I called them for an appointment and requested that I be given a haircut by Salim, an experienced hairdresser, and landed up at the appointed time.”

“Right,” I was intrigued.

“Then, at the counter, I committed the fatal error of telling them that I had a discount coupon. Bas! There was an instant change in their attitude! From fawning Cringers they turned into bullying Battle Cats, insisting that though it wasn’t mentioned on the coupon, but because I was using a discount coupon, I could not avail the services of an experienced resource. I would instead be given a haircut by an inexperienced hairdresser. I felt humiliated and cheap.”

“Finally, out of sheer zid, I got a haircut from Salim but had to pay full price.”

Later, reflecting on Mandy’s experience, I realised that the conduct meted out to her was typical of how stores, restaurants and service-providers treat their coupon-bearing customers. If, for example, you have a BOGO (buy one, get one) coupon for a  pizza, you can be certain that the topping of one pizza would be spread over two, leaving you to chew through an unappetising,  cheese-less, topping-free dough base with the maida crust showing through the thinly spread sauce.

Last Sunday, I had gone to purchase my groceries from a hyper mart. A placard propped against Sodexo, the card swiping machine, stated that it was ‘out of order’. I politely asked the person manning the cash counter when it would start to function as I had to make urgent purchases. No response. I enquired again, louder this time, wondering if the poor chap was hearing impaired. He studiously and silently stared at the cash counter. I then raised my voice to a decibel loud enough to wake the dead.

He deigned to look at me (albeit scornfully) and replied, “Pata nahin.” Even though I knew full well that a purchase through a Sodexo card translates into as much money for the store as purchase through a credit card, I slunk away, feeling like a shunned mendicant, full of shame and remorse for having disturbed the gentleman’s solitary communion with the cash-counter.

Free advice to store owners: Treating your coupon bearing customers with disrespect will only defeat your purpose. Remember, it is you who have offered these. You seek our custom, enticing us to try out your services, food or goods; confidant that once the customer has sampled your ‘outstanding’ offerings, we will be lured and trapped forever. However, please remember that if the offer/experience turns out to be disappointing or the salesperson makes the customer feel cheap, there’s little chance you’ll ever see us again.

That, dear business owners, is the code of the customer.