The breakdown of US-Taliban talks has generated some relief in India. 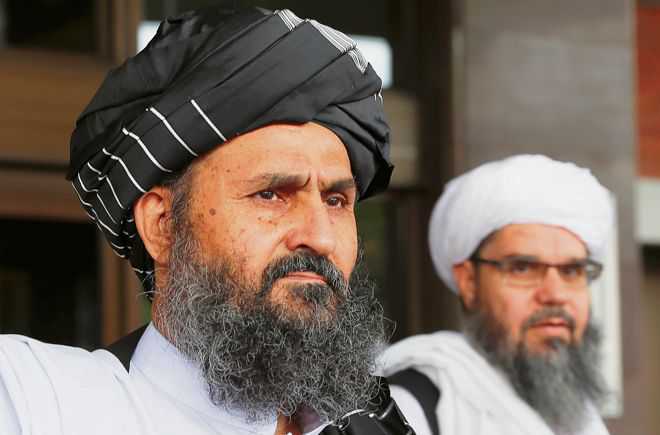 Afghan Taliban: They will play a substantial role in the future power set-up.

The breakdown of US-Taliban talks has generated some relief in India. However, a deeper analysis would show that it may be prudent to not draw much solace from it. It is important to see the reasons for the US having come to the table and pushing the talks this far. Despite the amount of war effort applied by the US over the years, the Taliban have been constantly expanding their footprint. The US is no more in a position to defeat Taliban. On the other hand, in a marked departure from the past, the Taliban has shown greater willingness to talk. The swap of three kidnapped Indian engineers by the Taliban is a pointer towards enhanced receptivity and sensitivity to the human and international angle to the conflict in India’s context.

The understanding of a common citizen in India about Afghanistan dynamics is limited. Similar is the case with our understanding of the Taliban. The main reason for the anti-Taliban opinion in India has been that it is a militant organisation and Pakistan’s proxy. Both are true. The Taliban are labelled by the western media as a total rogue militant organisation, though this issue needs a deeper study. Following the Soviets’ exit from Afghanistan in 1988, there was a civil war. The Taliban were born out of this milieu in 1994. It was the brutality of Mujahideen commanders of yesteryear which forced Afghan people to seek peace under this new militia. So, Mullah Omar’s prime purpose to raise the Taliban was indeed not so evil. It was essentially a Pashtun set-up and the glue of the motivation of his militia as well as its acceptability to the traditional Afghan society came from the fundamentalist religious ideology of Sharia laws. As a result, the Taliban did commit some heinous crimes, particularly against women. While in power between 1996 and 2001, the Taliban were seen to be on a learning curve. They did initiate a slow process of moderation of the Sharia practices. Given the traditional Muslim society they were ruling, they could not have gone overboard with it.

Following their defeat in the US invasion in 2001, Taliban have come roaring back. They have once again gained substantial military as well as political space in Afghanistan. In the areas under their control, Taliban have again initiated some steps towards moderation. They have allowed girls’ education in schools as well as teaching of modern sciences, as long as there is a minimum religious content in the school curriculum.

A deeper analysis of the Taliban-Al Qaeda relationship in Afghanistan before 9/11 reveals an intriguing equation. They did not share all ideological agendas. Osama was a fugitive who needed a safe sanctuary in Afghanistan. Taliban are not a trans-national jihadi organisation. They were not in favour of Osama continuing his hostility against the US, but Mullah Omar had to tolerate it in return for financial help from Osama to run his government and military help in fighting the Northern Alliance. However, after 9/11, Taliban were not in a position to hand over Osama to the US because it would have annoyed the Muslim constituency that they represented.

Back on the scene, Taliban are once again looking upon themselves as a political force in Afghanistan. Recently, Taliban were quick to issue a statement on Kashmir that there is no link with the situation in Afghanistan. It implies that the designs of Taliban in Afghanistan and the militancy in Kashmir are not inter-related. This statement could not have pleased Pakistan. Such signals from Taliban should not be ignored for the reason of suspicion alone. Pakistan has a lot of leverage on Taliban, but Taliban are fairly independent, and growing bigger by the day.

The existing Afghan government draws legitimacy from the fact that it is an elected body. Democracy in Afghanistan is in a nascent stage. In the Afghan Parliament elections last year, 43 of the 421 districts had no registered voters. Another eight districts which had a few registered voters, polled no votes. The population of 3.7 crore has only 96 lakh registered voters. Barely 20 lakh have voted in the presidential election on September 28, 2019. There are already reports of low voter turnout seen but high voting reported in some areas. Whatever be the outcome, the election results are unlikely to put pressure on Taliban. They now have a large cadre strength. In addition to Pashtuns, Taliban have also recruited Taziks, Hazaras, Uzbeks and have already earned a fair amount of political space.

The status of Taliban in Afghanistan is on the cusp of a change. Russia, China, Iran and the US have been quick to read the changing situation and made amends with Taliban. For India to particularly neutralise Pakistan's designs in Afghanistan, Pashtuns are a more potent potential asset than any other Afghan tribe. The Pashtun tribe has never been subservient to Pakistan. When Taliban was in power from 1996 to 2001, Taliban did not recognise the Durand Line.

Even if Taliban get to power, Pakistan is unlikely to have the best of relations with Afghanistan for long. Our rapprochement with Taliban is likely to hit the Pakistan establishment where it will hurt them the most.

Besides domestic political issues, Trump, a Wharton business school graduate, would not like to keep putting money in a loss-making deal. After the declaration of thr breakdown of the US-Taliban negotiations, Trump said that the US may leave Afghanistan without any settlement. While the US is unlikely to do so, there is a need to read in between the lines. Other than Taliban, a hurdle for Trump in the negotiations was the stance of the Afghan government. There is a serious zone of conflict between what Ghani wants out of the deal and what Trump may actually be able to bargain for Ghani. As long as Taliban promise no attacks on the US from the Afghan soil and some facesaving formula for the US exit, Trump would be happy to exit.

Irrespective of the course that the Afghanistan conflict may take, Taliban are likely to have a substantial role in the future Afghan power set-up. Prudence demands that India start preparing for all contingencies. India needs to be a pro-active player in talks with Taliban, rather than being happy with the observer status. Despite US pressures in the past, India has resisted sending troops to Afghanistan, which is a plus point for India in the eyes of Taliban. Taliban would also be looking at India for financial help.

The recent breakdown in the US-Taliban talks should not lull India into complacency. India needs to widen its options before it may be too late.