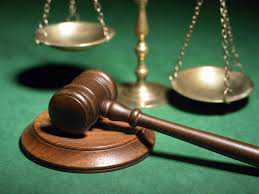 A local court today framed charges against four accused in the sarpanch murder case. While three accused were arrested by the police, one of the accused is still absconding.

The charges have been framed under Sections 302 (murder) and 34 (acts done by several persons in furtherance of common intention) of the Indian Penal Code (IPC) and Sections 25/27 of the Arms Act.

Satnam Singh, sarpanch of Khurd village in Hoshiarpur district, was shot dead in broad daylight outside a gurdwara in Sector 38 (West) on April 9, 2017.

Satnam was rushed to the Post Graduate Institute of Medical Education & Research (PGIMER), where he later succumbed to his injuries.

A woman, who was present at the spot, had shot a video on her mobile phone, which was received by the police. It was established that the three assailants who were seen shooting the victim were identified as Dilpreet Singh Baba, Harjinder Singh, alias Akash, and Harvinder Singh, alias Rinda. All dreaded criminals are wanted by the Punjab Police. Later during investigation, it came to light that Manjit Singh, alias Bobby, a resident of Rana village of Garhdiwala, had hired the accused to murder the sarpanch and he was driving the i20 car in which the accused had escaped after murdering the victim.