JAMMU: National Students’ Union of India (NSUI) president Neeraj Kundan has claimed that students in Jammu and Kashmir would be most affected by the scrapping of Articles 370 and 35A. 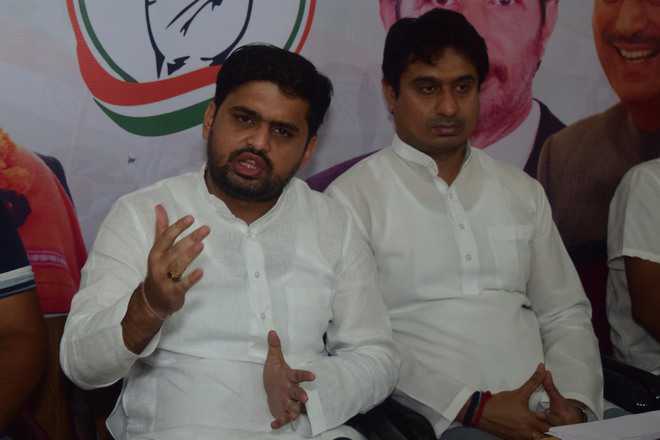 National Students’ Union of India (NSUI) president Neeraj Kundan has claimed that students in Jammu and Kashmir would be most affected by the scrapping of Articles 370 and 35A.

Addressing a press conference, Kundan said with the revocation of Articles 370 and 35A, the future of youth would be affected in the state. “Now we will have to face competition at the all-India level with those who have better environment for education and opportunities,” he said.

The NSUI leader said the BJP was befooling people of Jammu and Kashmir on the Land Bill. “If the BJP feels the removal of Article 370 will bring development and employment avenues in J&K, then why the youth of Bihar, Jharkhand and UP are migrating and working in other state,” he said. — TNS