BEIJING/MANILA:China vowed to take all necessary measures to protect its sovereignty over the South China Sea and said it had the right to set up an air defence zone, after rejecting an international tribunal's ruling denying its claims to the energy-rich waters. 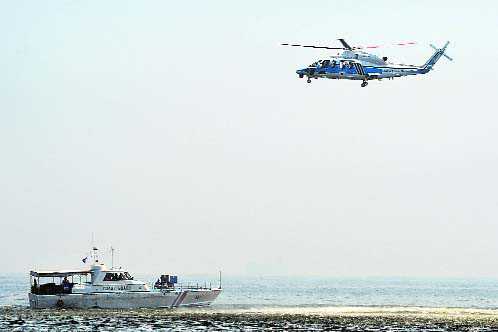 A helicopter from Japanese Coast Guard ship hovers above a Philippine Coast Guard boat in the waters off Manila Bay. AFP

China vowed to take all necessary measures to protect its sovereignty over the South China Sea and said it had the right to set up an air defence zone, after rejecting an international tribunal's ruling denying its claims to the energy-rich waters.

Chinese state media called the Permanent Court of Arbitration in The Hague a "puppet" of external forces after it ruled that China had breached the Philippines' sovereign rights by endangering its ships and fishing and oil projects.

Beijing has repeatedly blamed the United States for stirring up trouble in the South China Sea, where its territorial claims overlap in parts with Vietnam, the Philippines, Malaysia, Brunei and Taiwan.

"China will take all necessary measures to protect its territorial sovereignty and maritime rights and interests," the ruling Communist Party's official People's Daily said in a front page commentary on Wednesday. The cas e has been seen as a test of China's rising power and its economic and strategic rivalry with the US. — Reuters