FAZILKA:Members of the Northern Railway Passenger Samiti on Sunday staged a protest near Fazilka railway station in support of their demands. 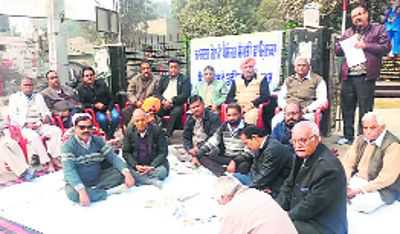 Members of the Northern Railway Passenger Samiti on Sunday staged a protest near Fazilka railway station in support of their demands.

They were led by samiti divisional unit president Amar Lal Baghla. Their main demand included the introduction of more trains on the Fazilka-Abohar track during night hours. Since there is no staff on night duty on the track, the authorities run only two trains.

The protesters demanded that the construction of an underbridge on the Court road should be started at the earliest. They sought the extension of the Chandigarh-Ferozepur train to Fazilka and the introduction of long route trains to Jammu, Haridwar, Nanded, Amritsar, Chandigarh and Delhi.

Baghla threatened to intensify the stir if their demands were not fulfilled.