PHOENIX (US):Indian Sikh immigrant Rana Singh Sodhi still preaches love and tolerance 18 years after his brother was gunned down in the aftermath of the September 11 terrorist attacks by a man who mistook him for a Muslim because of his turban and beard. 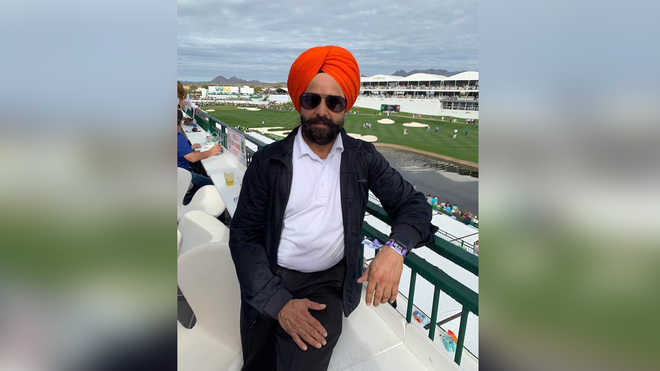 Indian Sikh immigrant Rana Singh Sodhi still preaches love and tolerance 18 years after his brother was gunned down in the aftermath of the September 11 terrorist attacks by a man who mistook him for a Muslim because of his turban and beard.

"I want there to be more awareness, more peace in the world," said Sodhi, who spent much of the first year after his brother Balbir Singh Sodhi's death speaking at schools and houses of worship.

"I believe education is very important for our community. I made a commitment to reach as many people as I can."

The community was remembering Balbir on the anniversary of his death Sunday with a special meal at a local temple.

Often working through the Arizona Interfaith Movement, Sodhi has been recognised by the state's chapter of the Anti-Defamation League and by the White House under President Barack Obama's administration.

The shooter Frank Roque is serving life in prison for the first-degree murder of Sodhi's older brother at his Mesa, Arizona, gas station on September 15, 2011.

Balbir was the first of scores of Sikhs as well as Muslims targeted in hate crimes after 9/11.

Another brother, Sukhpal, was shot and killed 10 months later as he drove his cab in San Francisco.

Authorities did not confirm the second killing as a hate crime, saying it appeared to be a stray bullet from a gang shooting, but the family doesn't doubt he died because of his Sikh identity.

In the case of Balbir, at least, "I feel like we got justice," Sodhi said.

Despite the loss of his brothers, Sodhi, now 52, said he considers himself lucky to live in a country that was founded by immigrants and that allows him to practice his religion, even while the Trump administration makes it harder for other newcomers to settle in the United States.

Three years ago, Sodhi forgave Roque in a telephone call to him in prison.

After hearing remorse in Roque's voice, he said: "If I had the power to take you out from prison, I would do it right now," according to a highly publicized recording of the conversation.

Sodhi said the family immigrated to the US in 1985, one year after anti-Sikh violence killed thousands of people in their native India. They first settled in California, then Arizona.

Balbir was shot dead while planting flowers at the gas station just four days after the 9/11 attacks. Roque had reportedly said he was "going to go out and shoot some towel-heads."

Roque was also accused of drive-by shootings later that same day at an Afghan family's home and a Lebanese man's convenience store, although no one was injured in those other shootings.

Attacks against Sikhs following 9/11 helped spark the creation of the Sikh Coalition , the largest Sikh advocacy group in the United States.

Several documentaries about the attack on Sodhi's brother were produced.

Since then, the worst attack against Sikhs in the US has been the killing of six people in 2012 at a temple, or gurdwara, in Oak Creek, Wisconsin.

Federal law enforcement began tracking hate crimes against Sikhs in 2015, but many states still do not.

Most Americans know little about the monotheistic faith founded more than 500 years ago in India's northern Punjab region that rejects the caste system and idolatry.

The coalition says it is the world's fifth-largest religion with about 25 million adherents worldwide, including about 500,000 in the United States.

Sikhs do not shave or cut their hair, and the men typically wear a turban to protect their long locks.

The men's turbans and beards are articles of faith that sometimes make them targets of people who assume they are Muslim.

The Sikh Coalition has campaigned against that ignorance and declared a major victory in September when the Arizona State Board of Education in September approved new history and social science standards that included information about Sikhism for the first time.

Earlier this year, the coalition and other Sikh groups spoke out about the Nordstrom department store's marketing of a blue Gucci turban as a fashion accessory, calling it offensive. Nordstrom apologised.

Another group, the Sikh American Legal Defence and Education Fund , did its part in 2014 by producing a public service announcement for television, which it airs annually to educate people in the US about Sikh Americans.

The fund's spokeswoman, Gujari Singh, said the organisation also brings young Sikhs to Washington to work with their congressional representatives.

But continuing violence against Sikhs in the US worries community leaders.

Anthony Kreiter-Rhoads, 21, of Tracy, was later arrested in the killing and has pleaded not guilty. Authorities have still not released a motive.

"When these things happen, we know that there is a very good chance it is related to hate," said Amar Shergill, of the American Sikh Public Affairs Association in Sacramento.

An attorney, Shergill said he isn't involved with the case but attended the vigil for Singh.

"The work of Rana is very commendable," said Shergill, praising Sodhi's "chardi kala," a Sikh concept that calls for joyous optimism in the face of great challenges.

"But the work must continue to stop the bigots." - AP