Do we need a backup planet to survive?

NEW DELHI: Billionaire entrepreneurs Elon Musk and Jeff Bezos are at the forefront of a new age commercial space exploration programmes and actually working towards building a base station on Moon and ultimately colonising Mars. 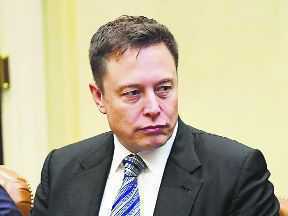 Billionaire entrepreneurs Elon Musk and Jeff Bezos are at the forefront of a new age commercial space exploration programmes and actually working towards building a base station on Moon and ultimately colonising Mars.

And it is not just adventure, glory or money that they seek in ferrying humans to distant planets. At the core of their space programmes is the belief that for humans to survive and thrive forever, they will eventually need a backup planet.

Only this week, Musk said that "a big rock (asteroid) will hit Earth eventually & we currently have no defence". Bezos, on the other hand, worries that we will run out of energy on Earth, leaving the future generations with limited resources which can block their growth and dynamism.

Instead of restricting the use of resources on Earth, they want to find solutions in "unlimited" resources in other planets that have remained unexplored.

Writing in Ad Astra ( "To the Stars"), the magazine of the National Space Society in the US, aerospace engineer Robert Zubrin said that Mars is much richer than the Moon "in carbon, nitrogen, hydrogen and oxygen, all in biologically readily accessible forms such as carbon dioxide gas, nitrogen gas, and water ice and permafrost" "Carbon, nitrogen, and hydrogen are only present on the Moon in parts per million quantities, much like gold in seawater," he wrote.

In his book "The Case for Space: How the Revolution in Spaceflight Opens Up a Future of Limitless Possibility", Zubrin argued that besides helping us in harnessing natural resources, settling in other planets can help enhance our knowledge of the universe and debunk the "false" belief there is just not enough for all of us.

For Bezos, there are two crucial elements to making space travel easier -- dramatically cutting down costs of launching spacecrafts and acquiring the ability to use "in-space" resources.

Discussing his vision to go to space to benefit Earth on May 9 this year, Bezos said that a major hindrance to space entrepreneurship today is the lack of infrastructure. That could be the reason why we have seen only a few billionaires, mostly from the US, venturing into space exploration.

Once the infrastructure is there, Bezos believes, even entrepreneurs with limited capital, would be able to contribute to the ways space could be used for the betterment of humanity.

While much of the focus on settling in a distant planet has revolved around means of transportations, discussions on how humans will survive on hostile environments on the Red Planet is still evolving.

Musk, for example, earlier floated the idea that making Mars warmer would be crucial for making it habitable for humans and one way of doing it would be launching thermonuclear weapons in order to create tiny "suns" over the regions. The idea is to convert any frozen carbon dioxide into gas, thereby engineering a greenhouse gas.

On Tuesday, he floated a new theory, without abandoning the nuking Mars idea.

"Might make sense to have thousands of solar reflector satellites to warm Mars vs artificial suns (tbd)," he tweeted.

"Nuke Mars refers to a continuous stream of very low fallout nuclear fusion explosions above the atmosphere to create artificial suns. Much like our sun, this would not cause Mars to become radioactive," he added.

Musk has even estimated the cost of building a city on the Red Planet would be "between $100 billion and $10 trillion".

He arrived at the figure after estimating the approximate future cost of sending a minimum payload to Mars "to nearest order of magnitude", at $100,000 per tonne. So if building a self-sustaining city on Mars requires a million tonnes of cargo, the cost would be around $100 billion, he calculated.

These are, however, not the only challenges that people living in other planets would face. From protecting themselves from harmful radiation to eating food of one's choice once in a while, the challenges could be plenty.

Even as the spacecraft for taking humans to Moon and Mars get ready, thanks to the entrepreneurship of people like Musk and Bezos, there is enough space for the scientific community to find out ways to remove all the practical hurdles in settling down on another planet.