CHANDIGARH: The Defence Research and Development Organisation (DRDO) is developing a new variant of a rifle-launched grenade having more advanced technical and safety features than the present generation of grenades. 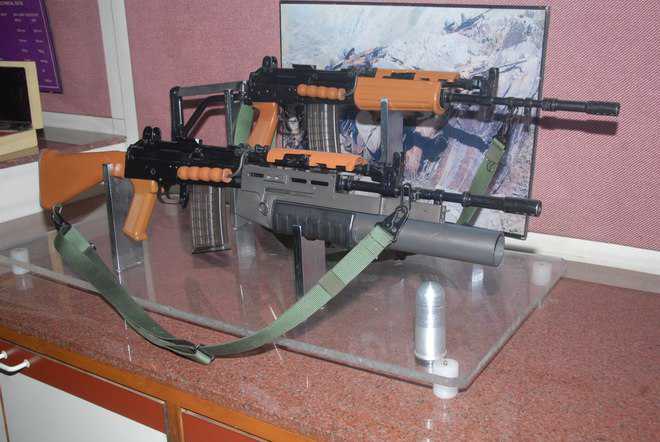 An under-barrel launcher (UBL) affixed to an INSAS rifle.

The Defence Research and Development Organisation (DRDO) is developing a new variant of a rifle-launched grenade having more advanced technical and safety features than the present generation of grenades.

The grenade, which has 40 mm caliber, can be launched from an “under-barrel launcher” (UBL) fixed to the fore of a standard issue rifle or from a multiple grenade launcher (MGL), a dedicated hand-held weapon used to fire grenades from a cylindrical magazine similar to that in a conventional revolver.

According to sources, the DRDO has invited the private industry to participate in its development and manufacturing. The project comes in the backdrop of the government identifying eight types of ammunition for manufacture by the private sector, including 40 mm grenades. According to reports, the Army has an annual requirement of about three lakh 40 mm grenades.

The grenade is being developed by the Armament Research and Development Establishment. At present, the Army is using two calibers of weapon-launched grenades. The 30 mm, which is fired from a heavy, tripod-mounted automatic grenade launcher, and the 40 mm variant that is fired from a UBL or MGL. Two types of UBLs—one designed by the DRDO is integrated with the rifle’s firing mechanism and a Russian variant that has its own trigger—are in use.

“Besides use of composite materials from the fabrication of the body of the new grenade, a major technological upgrade vis-à-vis the older grenades would be the use of advanced new generation fuses that trigger the detonation,” a DRDO scientist said. “Some additional reliability and safety features are also envisaged,” he added.

Recently, DRDO’s Chandigarh-based Terminal Ballistics Research Laboratory had developed advanced fuses for various kinds of service ordnance and warheads that are claimed to enhance the lethality, safety and reliability. A few years ago, it had also developed a hand-thrown grenade.

Grenades launched from a weapon give troops immense advantage in terms of enhancing their firepower, reach and accuracy as compared to handheld grenades. With weapon-launched grenades, targets such as troops, enemy posts and bunkers, vehicles and buildings can be engaged up to 400 metres.