CHANDIGARH: Drones are used for snooping, spraying pesticides and delivering pizzas. Now, the National Highways Authority of India (NHAI) plans to deploy drones to monitor construction of highways across the country. 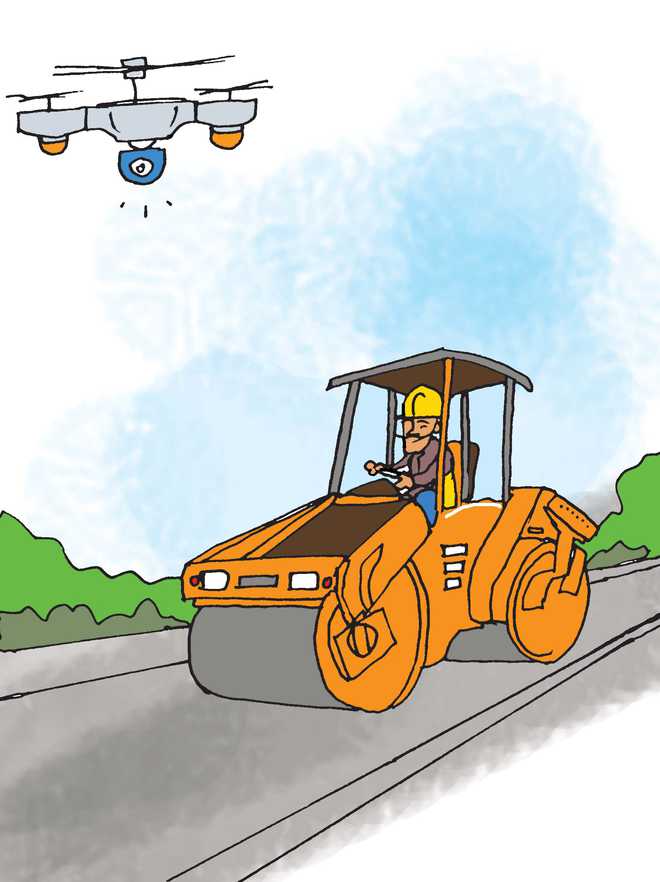 Drones are used for snooping, spraying pesticides and delivering pizzas. Now, the National Highways Authority of India (NHAI) plans to deploy drones to monitor construction of highways across the country. The authority has hired a Punjab-based technology firm for this purpose, which will work in over a dozen states.

The move will not only assist government and the NHAI to take stock of ground realities but also expedite the pace of construction by effective and immediate interventions. Physical survey is an onerous task that takes months. A drone is capable of doing the same thing in a few days. The decision has been taken as per the directions of Minister for Road Transport and Highways Nitin Gadkari, who is anxious to know day-to-day progress, sources in the NHAI said.

“A test project has been launched to provide aerial survey of the Ramban-Banihal section in J&K,” Indshine Energy Director Himanshu Nagrath said. The NHAI has selected Indshine Energy on the basis of competitive bidding in June this year. The company has already worked with Indian Railways on rail construction and transmission projects.

The company also deploys drones to capture high resolution aerial videography of the land through which a highway would pass.

Besides serving the NHAI directly, the company is also helping in aerial surveys of road projects awarded to other contractors by the authority. They fall in the zone-3 (Uttarakhand, Himachal Pradesh and J&K) and zone-4 (Bihar, Jharkhand, Odisha and West Bengal). Overall, the company would offer monitoring service to over 8,000 km highway to the authority.

According to industry, though things have improved a lot in recent years on the highway construction front, problems of land acquisition and utility shifting, non-availability of aggregates, poor performance of contractors and delay in clearances continue to adversely affect construction. Drones offer a faster, cheaper, and safer way to carry out road construction progress by conducting aerial surveys.

Explaining the benefits of deploying drones for aerial survey, Nagrath said, “Drones can get in and get out quickly, capturing data in near real-time. Also, it saves time. For example, it takes at least four months to do a survey and bringing out every detail of a road measuring 60 km while drones take 15-20 days for giving vivid picture of structures, topography, habitats without leaving even a single minute detail. Also, the number of people required for manual survey is manifold as compared to drones”.

The construction speed of the highways has been around 27 km per day, which is far behind the government’s target of 41 km a day.

19 of 20 tested samples negative; Indian Mission in China as...