Caste prejudices came to the fore when a group of people belonging to an upper caste tried to stop Scheduled Caste women from entering a temple in Sihash village of Rewari district in Haryana. 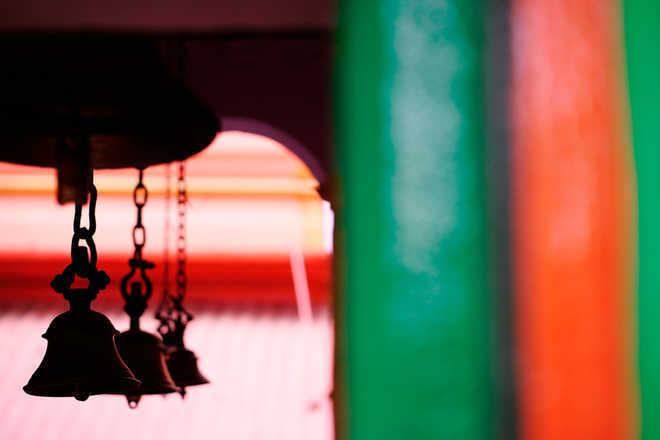 Caste prejudices came to the fore when a group of people belonging to an upper caste tried to stop Scheduled Caste women from entering a temple in Sihash village of Rewari district in Haryana. The police had to intervene to allow them inside. The dispute arose over the organising of langar as thanksgiving for a wish fulfilment. In a throwback to the ancient times when rules of commensality was characteristic of caste taboos, men from the upper caste opposed the event and even took away the langar. Though police presence ensured that things did not go out of hand and the event passed off peacefully, the incident raises concern with the Mirchpur incident having taken place earlier in Haryana which led to an exodus of Dalit families from the village. Atrocities by dominant castes against the weaker sections of society have been a constant feature of post-Independent India with caste carnage taking place in Laxmanpur Bathe and Bathani Tola of Bihar. Incidents of caste-based discrimination and clashes have also been reported from other states like Rajasthan, Uttar Pradesh and Punjab.

While the avowed aim of the makers of the Constitution was to do away with caste-based discrimination in the long run, the caste system has ironically become a vehicle of empowerment as the political parties base their electoral arithmetic on it to swing the verdict in their favour. Constituencies and candidates are selected mostly on the basis of these criteria, helping to perpetuate a system that originally came in place to facilitate functional interdependence but ended up creating a system of inequality that also entailed grave injustice at the hands of those who held the reins of power. The Sabarimala temple in Kerala also prohibits the entry of women belonging to a particular age group and there were protests after the Supreme Court ruled that the restrictions violated the Constitution.

Religion is mostly about inner belief and sanctity. Beliefs get modified with time and so should attitudes, especially to the weaker sections. Haryana is no stranger to caste violence and crime against women and the state should guard against it spiralling out of hand.