England given one extra run?

LONDON/MELBOURNE: Former international umpire Simon Taufel on Monday said officials standing in the World Cup final made an “error of judgement” in awarding six runs, instead of five, to England for an overthrow, an observation that the ICC refused to react on. 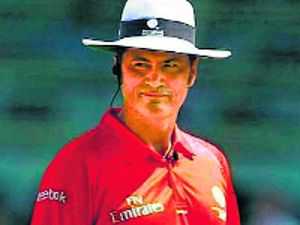 England won the World Cup, but were New Zealand hard done by? It seems they were, because in the Super Over of the World Cup final on Sunday, England were awarded one run more than they had had actually earned.

When Ben Stokes dived for a second run in the 100th over of the match, the last over of England’s chase in regulation play, he inadvertently brought his bat into the path of the ball. The ball struck the bat and ricocheted off and went to the boundary behind the wicket. The umpires consulted with each other and Kumar Dharmasena awarded six runs to England.

But according to the rules of cricket, England should have got five runs from that play. The relevant law regarding overthrows states: “If the boundary results from an overthrow or from the wilful act of a fielder, the runs scored shall be any runs for penalties awarded to either side, and the allowance for the boundary, and the runs completed by the batsmen, together with the run in progress if they had already crossed at the instant of the throw or act.”

The last sentence is absolutely clear —- that only runs that have been completed should be added to the boundary. The two England batsmen had completed only one run “at the instant of the throw or act”, so Dharmasena should have awarded England only five runs.

Kane Williamson, the New Zealand captain, had spoken about the incident, but at that time no one was aware that an umpiring error had been made. “You can’t sort of look at that and think that perhaps that decided the match,” Williamson had said.

“There were so many other bits and pieces to that game that were so important. When it comes down to a tie, you start looking at every single delivery, don’t you? It was a pretty tough pill to swallow that when, yeah, when we were looking pretty likely (to win), with Trent (Boult) bowling really, really well. So one of those things.”

One of those horrible and unfair and unjust things in life, he might have added.

There was a judgement error on the timing of the release of the ball and where the batsmen were. They did not cross on their second run, at the instant of the throw. So, 5 runs should have been allocated, and Ben Stokes should have been at the non-striker’s end for the next delivery. —Simon Taufel, former international umpire