Enrolment on wane in Haryana schools

CHANDIGARH:With enrolment dipping every year, Haryana has 20,000 surplus classrooms at elementary level (classes 1 to 8), according to the Human Resource Development (HRD) Ministry. 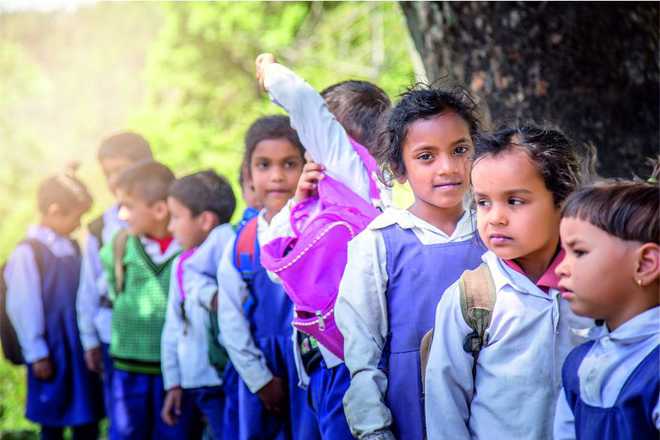 With enrolment dipping every year, Haryana has 20,000 surplus classrooms at elementary level (classes 1 to 8), according to the Human Resource Development (HRD) Ministry.

The fact came to light in the minutes of a meeting of Samagra Shiksha’s Project Approval Board (PAB) with Haryana Government officials held on May 16. The minutes were released on July 16.

In view of the surplus classrooms, Haryana has been requested to be careful “in the future while making demands for additional infrastructure”.

Private schools showed a consistent rise in enrolment during the same period. The figures for 2018-19 are being compiled and have not been finalised yet. As many as 46 primary and upper primary schools showed zero enrolment in 2016-17. In 2017-18, there were 34 such schools.

The state has told the HRD Ministry that the department has merged same campus schools having enrolment of less than 20. In the next phase, schools with less than 25 students will be merged and students will be provided transport facility from current year wherever required.

“State may take up these pending civil works on priority and ensure their completion,” say the minutes.

“The GPI (gender parity index) is also very low in the district — 0.55 at secondary level and 0.49 at senior secondary level. State is requested to take special initiatives in Nuh district to improve the PTR and GPI,” say the minutes.

The GPI is a ratio of female to male number in a class. If it is 1, there is parity of male and female, but if it is lesser than 1, there is disparity in the favour of boys.

Haryana was told that it had not implemented Information and Communication Technology (ICT) in 434 elementary schools and 134 secondary schools. The PAB approved the budget of Rs 1,299.78 crore for Haryana.