Ensure return of literature taken from Golden Temple during Bluestar: Dhindsa to Centre

NEW DELHI: Shiromani Akali Dal MP Sukhdev Singh Dhindsa on Friday said the incumbent and preceding Union governments have not acted on the demand for the return of literature taken away by the Indian Army during their return from the Golden Temple following the 1984-Bluestar Operation. 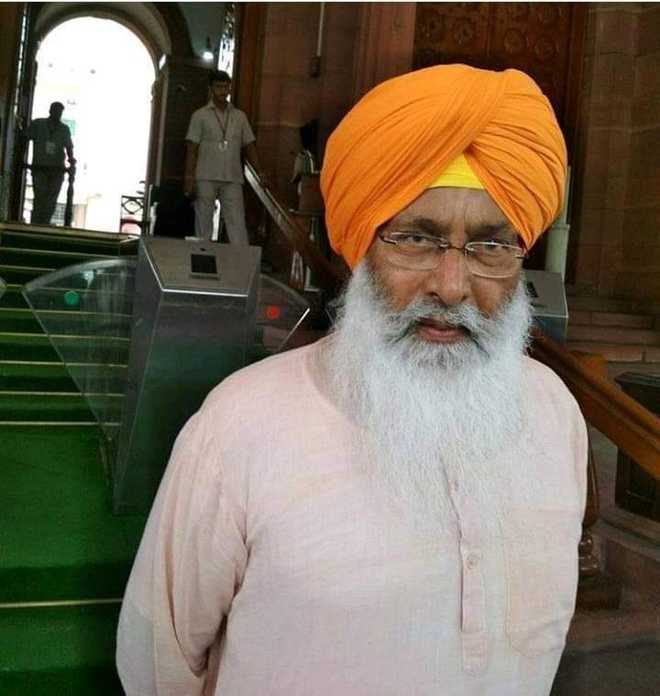 Tribune News Service
New Delhi, July 19
Shiromani Akali Dal MP Sukhdev Singh Dhindsa on Friday said the incumbent and preceding Union governments have not acted on the demand for the return of literature taken away by the Indian Army during their return from the Golden Temple following the 1984-Bluestar Operation.
Raising the issue during “Zero Hour” in Rajya Sabha, Dhindsa urged the Centre to constitute a Committee to resolve the issue satisfactorily in conjunction with the Shiromani Gurdwara Prabandhak Committee (SGPC).
The literature in question was of significance on account of being a repository of information and knowledge relating to Sikhism and as supposed to be a reference for researchers and scholars.
“They are priceless,” Dhindsa said stressing on the temporal and spiritual importance of the literature.
He claimed to be still in the possession of the army.
He informed the House that the SGPC and other Sikh organizations had approached the present government and previous governments for the return of all the articles taken away by the army during the operation.
SGPC had formed a committee to take stock of the missing literature. As many as 12,613 books were missing. The government says that 1506 books have been returned. Out of the missing 512 copies of Guru Grant Sahib, 205 were yet to been returned, Dhindsa said.
SHARE ARTICLE