A house with many rooms : The Tribune India

A house with many rooms

It is June 2015 and inside Benares Hindu University’s archaeological museum stands Pushpendra Singh, the filmmaker and actor of Ashwathama, which opened at Busan Film Festival (2017) and recently played at MAMI Festival (2017). 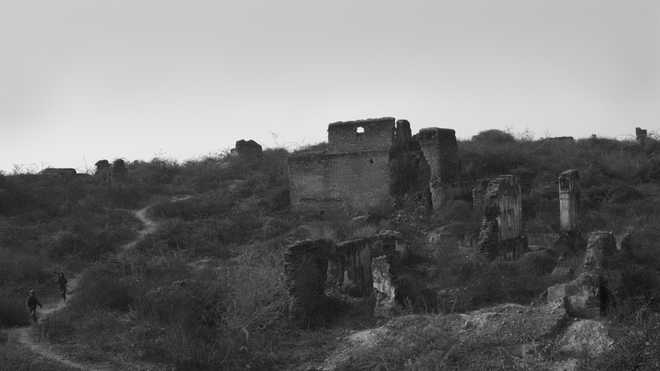 A still from Ashwathama

It is June 2015 and inside Benares Hindu University’s archaeological museum stands Pushpendra Singh, the filmmaker and actor of Ashwathama, which opened at Busan Film Festival (2017) and recently played at MAMI Festival (2017). He is looking at a Rajasthani miniature from the 15th century with a couple of acting students from FTII. He points out the depiction of time and space in different panels within a miniature that stands like a building with its two-dimensional panels, one over the other and adjacent to each other. They are like rooms of one house and the full view from a different angle stands right at the top. This fuller view gives us the overall picture of the narrative depicted while the smaller narratives happen simultaneously or one after another. Each panel is a world in itself and in connection to other panels creates different meanings and layers.

Such is the nature of imagery created by Ravi Kiran Ayyagari (cinematographer) and Pushpendra Singh (director) in the film Ashwathama. The film is a semi-autobiographical fiction film which deals with the mythic character of Ashwathama, who was cursed by Lord Krishna to roam wounded in the ravines of the world. This figure of Ashwathama is the last remaining link that little Ishvaku (protagonist) has left with his mother who is killed in a bandit strike upon his village, after which he is sent to live in his maternal uncle’s village that is situated in the ravines of Chambal.

The film unlike many others offers a non-patronising view of a life which is riddled with caste and gender discrimination. The filmmaker seems to have lived in the space shown as it is not an outsiders perspective. As the film unfolds, we see Ishvaku and his mute sister explore the village and they go to all parts of the village, including houses of the lower caste inhabitants. The sense of community in the village is very complex. Ishvaku, who is visiting his maternal village, seems to receive love from all members of the community, high as well as low, after he has lost his mother.

This nature of the film is inspired from the techniques of Rajasthani miniatures. These allow the film to flow freely in the village space without necessarily having to focus on Ishvaku all the time. Ishvaku’s journey is to the story what Chambal’s ravines are to the physical landscape of the film. In each case, the microcosm is so well entwined with the macro that unlike commercial cinema, there is no need to always focus on the character’s journey or the space he inhabits. In this manner, the film attempts to go beyond the scope of meaning making.

Films like Ashwathama have the potential to take cinema to a place where the burden of interpretation by audiences and spoon-feeding by filmmakers can be done away with. This film may not be the biggest offering in the recently convened MAMI (2017) but sure is one of the most significant ones coming out of India.