CHANDIGARH: “Science is risky. When you try to experiment, it can fail for some reasons, which one needs to understand. It is not a good thing on the part of the media to raise the expectations after something unforeseen happens, as in the case of ISRO moon lander,” said Nobel laureate Serge Haroche. 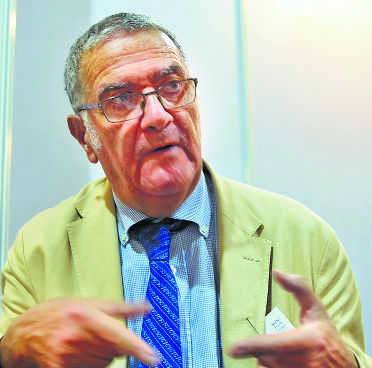 “Science is risky. When you try to experiment, it can fail for some reasons, which one needs to understand. It is not a good thing on the part of  the media to raise the expectations after something unforeseen happens, as in the case of ISRO moon lander,” said Nobel laureate Serge Haroche.

Haroche, 75, who was awarded the 2012 Nobel Prize in Physics, was here to attend ‘Nobel Prize Series India 2019’ at the National Agri-Food Biotechnology Institute (NABI) in Mohali.

He said, “I am sure ISRO will fix the problem. All it has to do is learn so that the experiment gets better next time.”

Haroche added that science was facing a lot of challenges these days and one among many problems was the climate change. “We need to measure the problem scientifically and need science to mitigate its affects. We need alternative energies, better ways to harness solar energy by storing it in batteries. The solutions to world problems will come from ‘blue sky research’ and applied science,” he said.

The Nobel laureate said young Indians had a lot of potential, which should be harnessed in the right direction. “Science should be taught through experiments and young people should be told about the history of scientific experiments. History teaches us that wonderful application often emerges in unexpected ways. We must understand why a phenomenon, innovation or experiment was conducted. This is how people will be able to apply rational thinking and ask good questions,” said the Nobel laureate, a member of the French and European Academies of Sciences.

On US President Donald Trump calling climate change a “hoax”, Haroche said, “The problem is that a lot of politicians don’t ask right questions and try to suppress logic. I am worried that people at the helm of the world affairs are ‘science deniers’. They are utter liars and spreading fake news.”