BATHINDA: Within a few days of Union Home Minister Rajnath Singh dubbing the 1984 anti-Sikh riots as genocide, the Aam Aadmi Party has alleged that apart from the Congress, several BJP and RSS workers too were involved in the riots.

Within a few days of Union Home Minister Rajnath Singh dubbing the 1984 anti-Sikh riots as genocide, the Aam Aadmi Party has alleged that apart from the Congress, several BJP and RSS workers too were involved in the riots.

Senior AAP leader Jarnail Singh, who contested the Lok Sabha elections from Delhi, alleged that 49 BJP and RSS workers were named in 14 FIRs registered between 1992 and 1994. He claimed the cases were registered following the recommendation of the Jain-Aggarwal Committee that was formed to examine the affidavits filed by riot victims before various probe panels.

“Several BJP leaders and RSS workers were involved in the genocide. A number of cases have been closed, which should be reopened so that action can be taken against the culprits,” said Jarnail. He said it was yet to be ascertained how many of these BJP and RSS men were still alive.

The AAP leader claimed most of these FIRs were registered at Sriniwaspuri police station in South Delhi. “The complainants mostly were from Hari Nagar, Sunlight Colony and Bhagwan Nagar areas of Delhi,” he said.

He said most of these people were arrested and charge-sheeted. He said Ram Kumar Jain was booked for rioting, dacoity and attempt to murder in an FIR no 315/92 on June 18, 1992.

Senior Supreme Court lawyer HS Phoolka said, “When the riots have been declared genocide by the Union Home Minister himself, the government should accordingly apply international genocide laws to punish the guilty.” Dal Khalsa spokesperson Kanwarpal Singh said they wanted that all those who were part of the riots should be put behind bars. 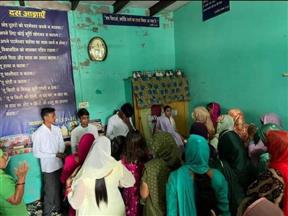